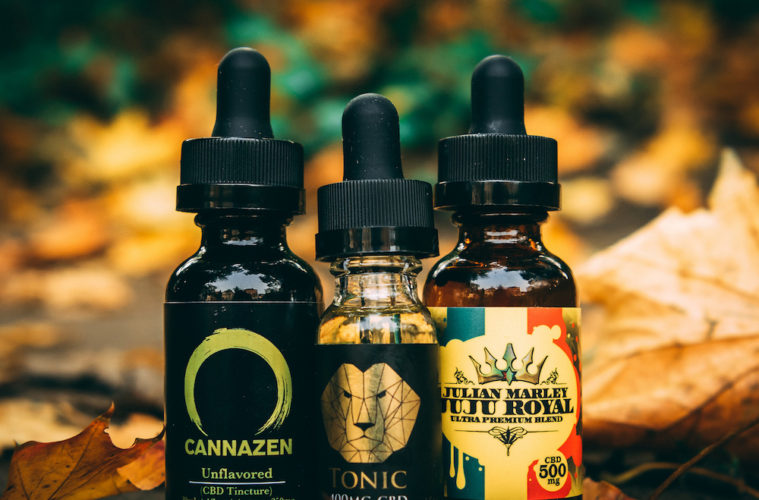 Where Will CBD Go Now That Hemp Is Legal?

Big changes are coming for the product that has the largest share of the U.S. hemp market. HEMP takes a look at what could be coming down the road.

Today, President Trump signed into law the 2018 Farm Bill, legalizing hemp nationwide. That’s right, hemp is officially legal. Take a moment. Pinch yourself if you have to. It’s a day many worked for, but just a decade ago, seemed like it may never happen.

Since hemp’s first inclusion in the 2014 Farm Bill, CBD has been a driving force in the American hemp industry. The market for CBD has ascended astronomically as consumer appetites have grown.

So, what does hemp’s legalization mean for CBD?

1) The capital floodgates are about to open.

While the U.S. CBD market is humming along at hundreds of millions of dollars in sales annually, and poised to go over $1 billion soon, many traditional investing entities have been slow to get into the space. They’ve sniffed around, for sure, but the legal grey area surrounding hemp and its interstate commerce laws was enough to keep many big fish out of the game. That’s all gone now.

The Farm Bill does two important things that will assuage previous investor fears. First, hemp-derived CBD companies can now operate within the traditional banking system, which will normalize many of their financial transactions and bring — at least in theory — more credibility and stability to companies who sell CBD products.

Second, with hemp now under the jurisdiction of the Department of Ag, hemp farmers (and large companies growing their own product) now have access to crop insurance. This is huge, as it takes away a major source of insecurity.

Simply clarifying legalization will sooth the fears of many investors who have been anxiously watching from the outside as the demand for CBD has exploded. Expect them to jump in pocketbooks first now, for better or worse.

U.S. hemp cultivation has been steadily growing since 2014. In 2018, it expanded at a pace never before seen (pick up a copy of HEMP issue #5, available online and in stores now, to read more about this). But 2019’s hemp acreage numbers are going to be huge.

As mentioned above, access to crop insurance is going to take away some of the fears that farmers had about planting the crop. The number of states where people can grow hemp (as long as the states who had so far held out set up programs) is also going to expand, meaning more interested farmers can enter the industry. And you can bet that big ag is going to dip their toes in this as well. It sets up big questions on whether the industry will have the operational capacity to process all this new product. Expect growing pains. But in the end, they’re a welcome side effect to expansion.

With a massive expansion of acreage dedicated to growing hemp for CBD, some of the issues that kept the price of CBD artificially high should be solved. We’ve already seen the prices for marijuana cultivators dip in states where it’s recreationally legal, and we should expect something similar to happen with hemp. So, who wins and who loses in that scenario?

For farmers, it likely means that the prices they fetch for hemp-derived CBD should dip. Because we weren’t producing enough hemp to satiate the CBD supply chain before, farmers have been making premium dollar on the crop. How low prices go is anyone’s guess, but it seems unlikely that farmers will be able to get the same price per acre in the coming years. If that happens, we may see the expansion of hemp strains for use in textiles, industrial applications, and food planted in U.S. soil.

For consumers, it hopefully means that the price of CBD will fall as well. Competition to move products off of shelves combined with an abundance of hemp grown for CBD should see to that. If CBD is destined to become a supplement to food and drink, the way many think it will, the price will have to drop considerably to make it feasible.

Yes, regulation is a dirty word to some. But frankly, the industry could use a little. There are many companies who’ve done things right, producing quality, tested, traceable hemp-derived CBD without making outrageous claims.

But there are also companies selling inferior products, some attempting to fool customers into paying high prices for hemp oil with only small amounts of CBD, many who don’t test their batches, and even worse, those claiming that their CBD will cure cancer on its own. It’s not clear exactly what the FDA’s role is going to be with full legalization, but we should expect some sort industry standards and regulation in the coming years.

For companies, it might increase operating costs. But for consumers — and the industry as a whole — regulation that ensures less snake oil salesmen and safer, more reliable products will be a good thing, as long as they’re not overly restrictive to the point of stifling competition.

5) We should see more science and research — please!

Hemp’s legalization should open up federal funding to study the effects of CBD. While we have some studies on the effects of CBD on humans and pets, they’re few and far between. Most of the information driving the CBD hype is still anecdotal. We need good, solid research-based science to prove what it can and can’t do.

Maybe that means we’ll find uses for it that have gone unnoticed until now. Maybe it means that some of the claims that proponents of CBD have made will be disproven. Either way, studying CBD is necessary. What we should be after is the truth, whatever science may find.

What do you think is the future of CBD? Where will the industry go in 2019 and beyond? Hit the comment section and tell us what you think.