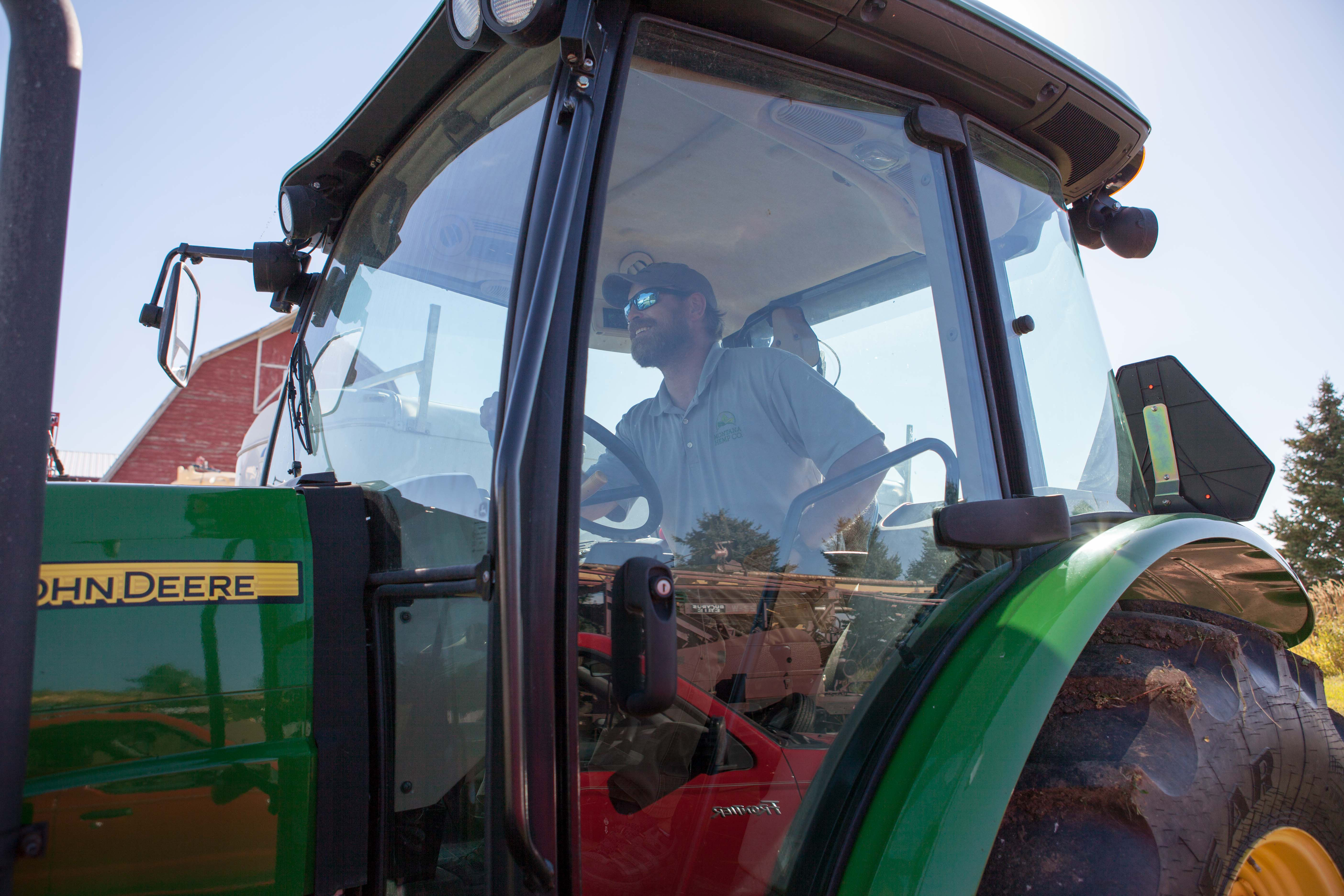 Jamie Fitterer sits in his tractor on his hemp farm near Bozeman, Montana.

Montana Hemp Co: A Hobby Farmer Carves Out His Space in the Hemp Industry

In Montana’s Gallatin Valley, a tech worker is fulfilling a lifelong dream and raising hemp.

From 2014 to 2017, small farmers drove much of the growth in U.S. hemp production. Initial projections regarding the amount of acreage being planted in the U.S. appear to show that trend at least partially reversing, with more large-acre farms entering the game. But small farmers are still jumping at the chance to grab their piece of the pie.

In the Gallatin Valley of Southern Montana, surrounded by the tall peaks of multiple mountain ranges, Jamie Fitterer is doing just that. For Fitterer, the owner of Montana Hemp Co, there’s an extra wrinkle: At least for now, despite growing around 400 hemp plants this year, he’s not giving up his day job as a design architect for a tech company.

“It’s really hard having a day job. I’m a hobby farmer. We’d love for this to someday be full-time, but right now, I have a day job that I really like,” he says, standing the middle of a five-acre plot dedicated to hemp on a farm owned by his wife’s parents.

“I work eight to 12 hours a day,” he says. “The hemp farm has gotten pretty much every lunch period I’ve had all summer. After work, my son and I are out here quite a bit. We come out here and I put lots of weekends in it. But it’s worth it.”

Fitterer has had to deal with the uncertainty endemic in the hemp industry on top of his other responsibilities. Last year’s harvest, for example, still sits in a grain bin on the farm. To dip his toe in the industry, Fitterer grew hemp for seed in 2017, but he’s been unable to find any local processors for food-grade hemp.

Despite that, he’s upbeat and appreciative of Montana’s nascent pilot program.

“It was all these things culminating, and you know, maybe the signs are saying ‘don’t do this, stop!’ But we went forward, and we’re still going, and we’ll do it next year and see where it takes us.” — Jamie Fitterer

“The first year we had a pilot program, it failed,” he says. “And the second year we got seed a month and a half late. We found out we could grow May 12th last year. I broke ground May 16th. We got our seed on June 12th and I planted on Fathers’ Day. It was all these things culminating, and you know, maybe the signs are saying ‘don’t do this, stop!’ But we went forward, and we’re still going, and we’ll do it next year and see where it takes us.”

One big reason that Fitterer says Montana is a good regulatory climate for growing hemp is that the cost of entering the industry is pretty low.

“The state would love to provide more for us, but we’re lucky here in Montana as hemp growers, we don’t have to pay a fee other than $450, whereas in North Dakota, they have to pay per acre on what they’re going to plant,” he says. “Now, what they get out of paying that is more staffing at the Department of Ag to run the hemp program. So, there are benefits to paying that way. Right now, we have limited resources as we grow our program.”

That type of positivity is because, like many of the small farmers entering the industry around the U.S., Fitterer sees it as more than simply an economic opportunity.

“The main reason we started doing this is to educate,” he says. “I’ve been interested in hemp since I was a little guy. In 1993, I did a term paper on hemp while I was still in high school, because I come from a farming family. And I’ve been following it ever since. Since way back then, I’ve been thinking we should be able to plant this, you know, as a seed crop. But I never foresaw this, that we’d be extracting it for oil and for all these other beneficial things. It’s been so great to follow it for all of these years, since being a kid in high school and thinking it would never happen, and all of the sudden it’s 2014 and we have a farm bill.”

For this year’s harvest, Fitterer is planning on both selling his hemp flower to local medical marijuana dispensaries and processing CBD oil with a partner. But in the future, he’s hoping to expand. 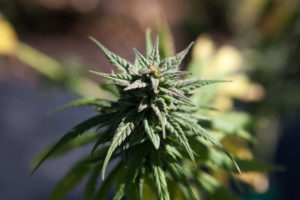 Montana Hemp Co is hoping to sell much of their 2018 crop to dispensaries as high-CBD flower.

“It’s really weird what’s coming out of the woodwork as a hemp farmer, as far as what people call me for and ask for and use it for,” he says. “We really, really want to see it used for bioplastics. That’s my passion. We don’t have enough land to do it here, but that’s my interest and passion.”

Like other cultivators around the country, he’s waiting to see in what form the 2018 Farm Bill will pass, as well as the effect that Canada’s impending legalization will have on the industry. And for an industry largely built on the backs of small farmers, these events may define what role they play going forward.