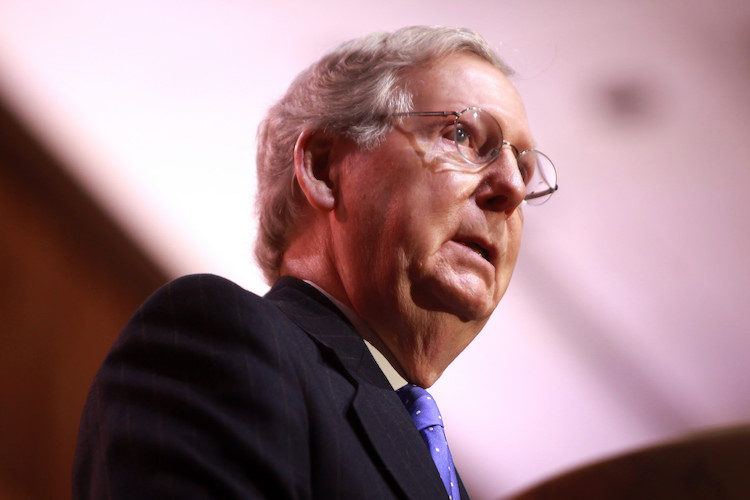 Not a single member of Congress spoke out against hemp legalization at the first meeting of the committee that will determine the final text of the 2018 Farm Bill.

On Wednesday, representatives from the U.S. Senate and House gathered on Capitol Hill for the first conference committee meeting of the 2018 Farm Bill, a process which will ultimately lead to the reconciliation of the two versions of the bill into one piece of legislation that will head to President Donald Trump’s desk for signature. While the meeting predominantly focused on the issue of strengthening work requirement rules for food stamps, three Republicans — including Senate Majority Leader Mitch McConnell — spoke out in favor of hemp legalization at the meeting.

The Senate version of the 2018 Farm Bill contains language that would legalize industrial hemp, defined as cannabis with less that 0.3 percent THC, and the House version contains no language about hemp. With support from prominent Republicans and no vocalized dissent against hemp legalization from either party, experts and industry analysts are optimistic that the 2018 Farm Bill will be passed with language legalizing hemp.

Unfortunately, it’s not a guarantee that the 2018 Farm Bill will be passed by its Sept. 30 deadline, which will force Congress to instead pass an extension of the previous 2014 Farm Bill. However, many members of Congress expressed their desire to pass the bill quickly — at least before the November midterms — because of the increasingly dire economic situation facing American farmers.

In his opening remarks, Sen. McConnell noted that he “can’t remember the last time I appointed myself to a conference.” He says he took the “rare” step because he wanted to contribute personally to improving the economic climate for American farmers, which he sees as including the advancement of legal hemp.

“It’s no secret I’m particularly excited about the parts of the Senate-passed bill that concern industrial hemp,” McConnell said.

“It’s no secret I’m particularly excited about the parts of the Senate-passed bill that concern industrial hemp.” – Mitch McConnell

He also said that he believes there is now “a national consensus that industrial hemp deserves a comeback,” which he credited to the work of Rep. James Comer, who previously served as Kentucky’s Commissioner of Agriculture when the state established its pilot hemp farming program.

Comer, who is also sitting on the conference committee, started his prepared opening statement at the meeting by referencing his support for the House’s Farm Bill prevision for increased work requirements for the federal Supplemental Nutrition Assistance Program (SNAP) before going on to highlight the importance of legalizing hemp.

“The last Farm Bill opened the door to bringing industrial hemp back to America through the state-based pilot programs. As Kentucky’s Agriculture Commissioner, I had the pleasure of establishing the first of those programs and it has been wildly successful,” he said. “I’m proud to work with Leader McConnell to take the next step to advance this valuable commodity by expanding the ability to grow industrial hemp by removing it from the Controlled Substances List and placing it under the USDA’s jurisdiction like other commodities.”

The third Republican who spoke about industrial hemp at Wednesday’s meeting was Rep. Bob Goodlatte from Virginia. He said that industrial hemp is a “very important crop” and noted that it is “clearly distinguishable from its cousin.” Goodlatte is the House Judiciary Committee Chairman, which makes him a powerful ally for the hemp cause.

Jonathan Miller, general counsel for the hemp industry group Hemp Roundtable, attended the conference committee meeting and spoke positively about the outlook for hemp legalization by Sept. 30, when the 2014 Farm Bill expires.

“While you can’t predict anything in the swamp that is Washington, it really was a good sign today that there is a bipartisan spirit, that people have disagreements that they want to work out, but there is a real hope that there is going to be compromise,” Miller said in a live stream. “For the hemp folks, it really looks that if we get a bill, it’s going to have hemp in it.”

Miller noted that much of the urgency behind getting the 2018 Farm Bill passed before Sept. 30 has nothing to do with hemp legalization, but rather, that farmers need the assurance that their subsidies and crop insurance will be secure for the foreseeable future.

“Farmers need to have that sense of certainty,” he said. “They need to know they can put their plants in the ground.”

Wednesday’s meeting lasted three hours. The conference committee meeting will continue to meet, but it’s likely that staffers and lawyers will take the place of congressional representatives at times.

There are only 10 scheduled days left where the House and Senate are in session before Sept. 30, and the 2018 Farm Bill must also go to the Congressional Budget Office for a cost estimate before it is sent to Trump’s desk for a signature.

Trump, who has made it clear that he supports work requirements for the SNAP program, might veto the bill if it does not contain that policy.