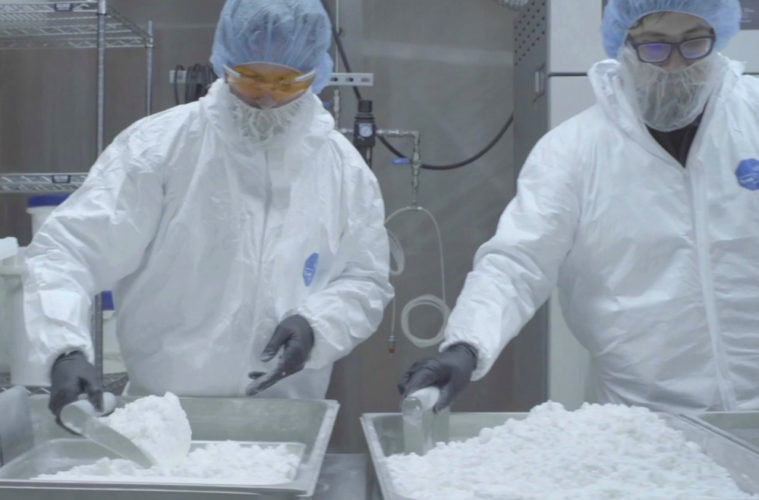 After creating a machine that boosts extraction of hemp into CBD oil, Mile High Labs is now working to establish the “Silicon Valley of the hemp and CBD industry.”

Just three years ago, the technology and equipment didn’t exist to produce CBD at an industrial scale. If companies wanted to deliver high-quality hemp-derived CBD products to consumers around the globe, they were going to have to build that technology for themselves.

The Mile High Monster, unveiled by Mile High Labs International Inc. earlier this year, canprocess 50 acres of hemp per day into oil, the base ingredient for high-quality CBD products. That’s an increase in production of more than 500% for Mile High Labs, who say they’ve quickly become a leading player in the industry since their 2016 launch.

The first Mile High Monster was installed in eastern Colorado in March. A second unit is plannedfor southern Colorado.

“We’re able to process copious amounts of CBD, certainly more so than most of the othercompanies around,” says Christopher Lackner, head of communications for Mile High Labs.

Mile High Labs says the launch of the Monster “matches the growth of the global hemp CBD industry.”

According to the Brightfield Group, predictive analytics market research firm, the U.S. CBD market is forecasted to reach $22 billion by 2022. In the U.S. alone, hemp cultivation is expanding exponentially after the passage of the 2018 Farm Bill, with states reporting a big boost in hemp licenses in 2019.

While the increased hemp production provides the raw ingredient for what Mile High Labs describe as “wildly popular CBD products,” they said no one had optimized CBD extraction at an industrial scale, resulting in a bottleneck between cultivators and consumers. This is where the Mile High Monster helps out. Built in-house, it’s operated by Mile High Labs technicians and follows the same rigorous standards set by the company’s Good Manufacturing Practice (GMP) process.

Mile High Labs sells bulk and wholesale CBD ingredients, plus private label consumer productsto manufacturers, retailers, and companies. It doesn’t grow the hemp itself, but instead works with hemp farmers who are looking to benefit from the security of a reliable buyer as they increase production.

The company’s flagship product is CBD isolate. With no other compounds in it, Lackner saystheir product is at least 98% pure and is the “cleanest, purest, most consistent product on the market.”

“There are a lot of manufacturers of CBD isolate,” he says. “We strongly believe we are thebest. We have the highest level of good manufacturing practices and quality control.”

In June, Mile High Labs purchased a 400,000 square-foot former pharmaceutical facility inBroomfield, Colorado. In addition to enhancing the manufacturer’s production capacity, it will enable them to expand production of private label services for customers.

“Much like Silicon Valley is the center of the tech universe, we envision Colorado andspecifically this facility to be the epicenter of the hemp and CBD industry,” says Lackner.

Earlier this month, they unveiled their THC-free distillate, a broad-spectrum distillate with theTHC removed through proprietary extraction. The result, says Mile High Labs, is a product with 80-90% CBD potency, plus all of the desired additional cannabinoids and terpenes, but no detectable amounts of THC.

The Food and Drug Administration (FDA) has been reviewing CBD as it contemplates theappropriate regulatory framework. Mile High Labs testified before the FDA in late May, “imploring them to regulate sooner rather than later,” says Lackner.

“We strongly believe that regulation of this product is good for the industry and good forconsumers,” he says.

He says Mile High Labs are committed to being a source for education, technology, andimprovements within a rapidly growing industry.

This post is sponsored by Mile High Labs. Thank you for supporting the businesses that havepartnered with HEMP.

LET US KNOW: Where do you think the CBD industry is heading?