A family CBD farm in Oregon remains intent on pushing the hemp industry forward, all while keeping the small farmer in mind.

A crisp fall breeze sweeps through a seemingly endless sea of green, as farm workers trim massive colas bursting from the stalks that lumber out the fertile Oregonian soil. As dusty hands continue to fill several containers spread throughout this emerald ocean, Adam Kurtz reaches into a nearly full bin to examine a majestic portion of this year’s harvest.

He brings the plant closer to his sun-kissed stubble for a smell and a better look, which bears stunning similarity to what cannabis enthusiasts would consider “choice buds.”

Kurtz’s bustling farm — which grows hemp for Oregon Fusion CBD, a company Kurtz co-owns — often takes pictures of the thousands of cannabidiol-rich hemp plants. Oregon Fusion’s harvest is so bountiful that when photos of Kurtz’s crops are posted online, they are often met with incredulity.

“Hemp? Those look like fat nugz filled with THC to me,” exclaims one of Oregon Fusion CBD’s followers on Instagram, beneath a picture of thick colas in the sunlight right before harvest. 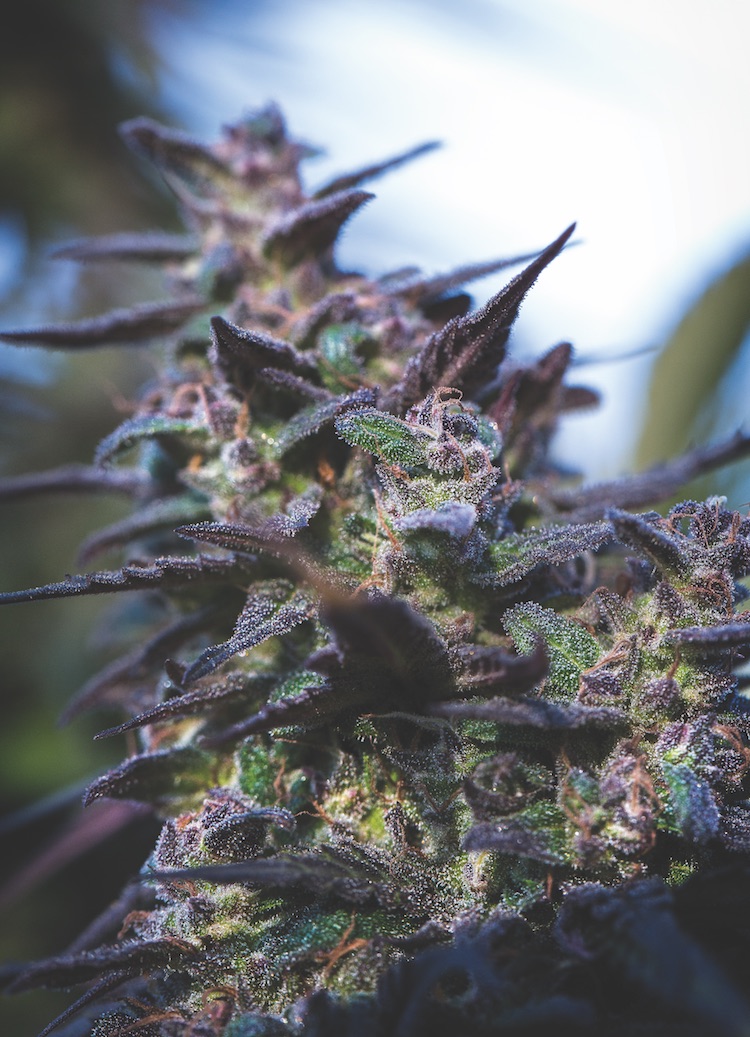 In fact, those hefty colas are all tested at under 0.3 percent THC. Oregon Fusion farms exclusively for CBD and oil production, providing often life-saving relief for patients dealing with pain, inflammation, epilepsy, and several more illnesses and disorders.

Oregon Fusion cultivates several varieties of CBD-rich hemp on their eight-acre farm, located in a valley outside a small town named Boring, which sits to the southeast of Portland off the road to Mt. Hood.

“Oregon has allowed the farmers to truly experiment in the hemp industry. We will be the next Idaho potatoes or Florida oranges — Oregon grown, extracted and manufactured hemp.” — Adam Kurtz

Kurtz and his business partner Ed McCauley are the two-man team behind the tiny family company, but they’re focused on becoming competitive with larger brands by forming a hub of partnering farms that all share their crops with one another.

“If this industry is to be successful, it starts with developing successful partner farm relationships,” explains McCauley. “Our partner farm model will enable Oregon Fusion to grow large volumes of CBD hemp, and move our material into a variety of markets nationally.” 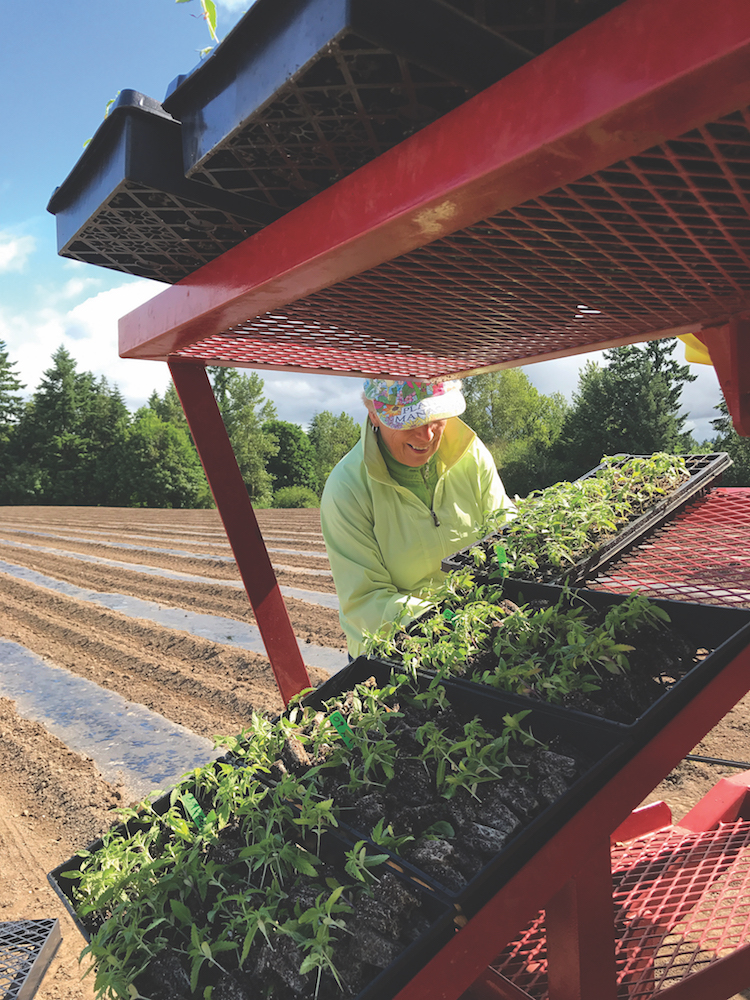 Kurtz’s mother Sandy, who Kurtz says is the “main reason” he became a farmer over 25 years ago, inspired by Sandy’s flower farm in the Hudson Valley.

Currently, Oregon Fusion CBD is focused on sharing crops with 10 or more new farms in Oregon, and expanding into partnership with farms in New York in 2018.

“Being first to a new industry has its many challenges, but we have developed a successful proof of concept, which we are now expanding to other states,” says Kurtz.

Despite the expansion plans, Kurtz credits his company’s accomplishments to the state of Oregon and its hemp-friendly regulations. In 2017, Oregon had the second most acres of hemp planted, out of the 19 states who cultivated the crop. 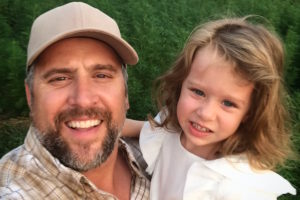 Adam Kurtz with his daughter on their farm.

“Oregon has allowed the farmers to truly experiment in the hemp industry,” Kurtz says. “We will be the next Idaho potatoes or Florida oranges — Oregon grown, extracted and manufactured hemp.”

One such innovation Oregon Fusion came across was an auto-flowering strain that allowed them to harvest in the summer instead of the fall, with most impressive results.

“This allowed us to harvest in August, and the flower had 12 percent CBD and 14 percent total cannabinoids,” says Kurtz. “I think that this type of strain will allow for mechanized harvest in
the future, as it is smaller and has less stalk and stem.”

In Oregon Fusion’s first year of growing, they experimented with over 25 varieties. Their results were mixed, Kurtz says, but this allowed them to further refine what they believe are the best growing conditions for hemp in their climate.

Oregon Fusion is also trying to innovate — outside of expanding their partner farm program and their cultivation experiments — with their extraction methods, which makes use of the entire plant rather than just the leaves and trimmings.

And while they utilize the traditional BHO, or butane extraction method, Kurtz says that they put painstaking care into maintaining purity. Their oil is purged for 72 hours or more, eliminating any residual solvent down to parts per billion. The extended process leaves a true full-plant extract packed with over 750 milligrams of cannabinoids per gram of oil, while preserving the natural terpenes and flavonoids.

The result is then infused throughout their own line of CBD-medicated products that includes honey, olive oil, tinctures and even crumble for dabbing. 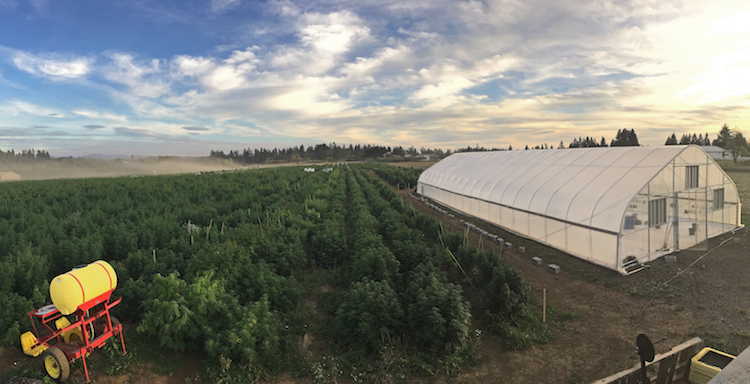 Oregon Fusion has over 20 trial varietals growing at their research and development facility.

“Our flagship product, a 1000-mg whole plant extract mixed with hemp seed oil tincture,
can be used both topically and orally, really making it a unique item,” says Kurtz.

Not many hemp companies are focused on making products for dabbing, and Oregon Fusion has had complicated relationship to Oregon’s cannabis industry since the beginning — as Kurtz and McCauley say they had no idea which cannabis license to apply for before launching Oregon Fusion.

“We were challenged by the constant conflict between ‘medical’ versus ‘recreational’ in the marijuana industry,” says McCauley. “Putting our own belief aside for a minute, it was clear that this controversy would continue for quite awhile until federal laws loosened up.” 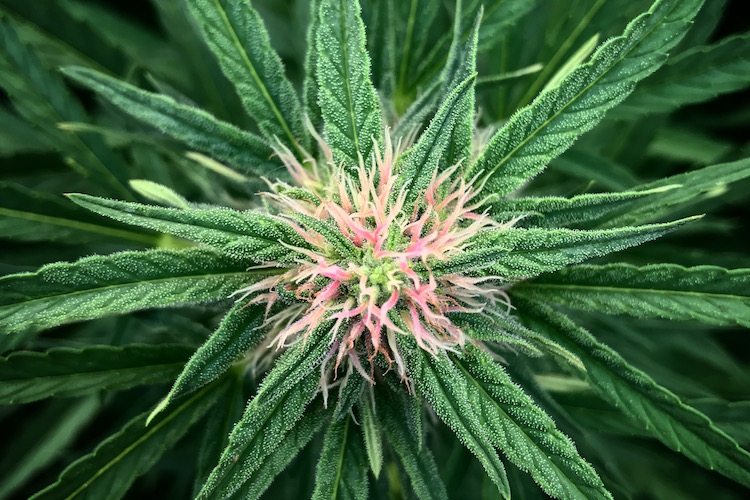 “We both arrived at the conclusion that going after an industrial hemp license would be the lowest cost of entry,” adds Kurtz. “At that time, we had no idea just how large the demand is for cannabinoids and CBD-based products. We both jumped in 120 percent and have not stopped.”

But don’t let the aggressive expansion plans fool you. Kurtz will always prefer harvesting crops over sitting in an office.

“We will always be farmers first. Without the plant, you will have no other facet of this industry.”

Originally published in HEMP’s Issue 2. HEMP’s Issue 3, out in April 2018, will focus on the small farmer.  SUBSCRIBE HERE to never miss out.