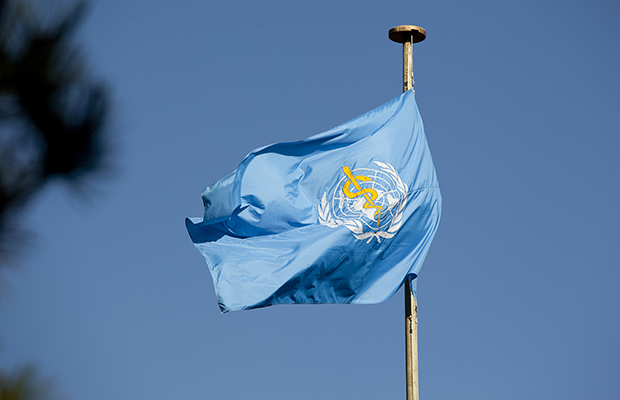 Earlier this month, the World Health Organization released their opinion, or “pre-review” on cannabidiol (CBD), and the outlook is positive. The organization reported that CBD has medical benefits and no potential for abuse, paving the way for CBD’s wider acceptance in the international community.

This ruling from the WHO goes directly against the United States Drug Enforcement Agency’s scheduling, which considers CBD to be derived from marijuana, and therefore considered under the Controlled Substances Act.

Cannabidiol (CBD) is a major cannabinoid found in cannabis. It is non-intoxicating and has more recently been the center of medical research for diseases like epilepsy. It is naturally occurring in daisies, sunflowers, and cannabis (marijuana and hemp).

CBD was first isolated and synthesized from the cannabis plant in 1965, but the interaction of CBD with the human brain was unknown until the discovery of the human body’s endocannabinoid system in the early 1990s.

Since then, scientists, pharmaceutical firms and government officials have been analyzing these interactions, studying the effects and comparing CBD to cannabis’ other major cannabinoid, delta-9 tetrahyrdocannabinol (THC). This report from the WHO is the first of its kind, as only recently have institutions begun to consider CBD as an isolated compound.

What Was the World Health Organization’s Process?

The World Health Organization (WHO) is responsible for directing international health within the United Nations and leading partners in global health response. The document released by WHO pertaining to CBD was a pre-reviewed documentation on cannabidiol, “prepared and evaluated” at the recommendation of the WHO Expert Committee on Drug Dependence. This is the first time CBD has been considered “critically reviewed.”

This step is a larger part of the process for approving the use of CBD in pharmaceuticals and exempting CBD from marijuana on the Controlled Substances Act.

Exempting CBD from the Controlled Substances Act would officially force the Drug Enforcement Agency to limit their control of the non-intoxicating form of cannabidiol. This would be a tremendous benefit of hemp-derived CBD, which is currently legal under the 2014 Farm Bill, but has faced regulatory scrutiny from the DEA for the past three years.

Earlier in 2017, the US Food and Drug Administration (FDA) requested comments from the general public for information “concerning abuse potential, trafficking, or impact of scheduling changes” for seventeen (17) drugs. CBD was one of these 17 drugs. The FDA used these comments to prepare a response from the U.S. to the WHO in regards to international restrictions. Comments from the FDA and other United Nations countries helped form the opinion of WHO in regards to CBD.

The next step in the process will be a report to the United Nations, which will form an official opinion on the international restrictions of CBD. This opinion should directly impact drug scheduling of CBD on the DEA’s Controlled Substances Act.

What Did the WHO Report Find?

WHO’s report provided evidence for various questions in the industry and provided both human and animal-based research for the impacts of CBD on the human body. The following are major areas of interest:

The WHO report also provides an “overview of diseases for which CBD may have therapeutic benefits.” This was taken from published research from Pisanti et al (2017), and includes such diseases as Alzheimer’s disease, Parkinson’s disease, multiple sclerosis, Huntington’s disease, pain, psychosis, anxiety, depression, cancer, nausea and inflammatory diseases.

The WHO also said that CBD might help with opioid addiction, saying that the cannabinoid has “therapeutic properties on opioid, cocaine, and psychostimulant addiction.” However, considerable more research is needed to evaluate the potential ability of treating addiction with CBD.

Key Takeaways from the WHO Report

1. The WHO described the term “cannabidiol” as an “International Nonproprietary Name.”

The World Health Organization uses the “international nonproprietary name” designation to identify a pharmaceutical substance or an active pharmaceutical ingredient. The name is considered to be public property or a generic name, meaning that no single company can trademark the name.

2. The WHO recognized two trade names for cannabidiol as Epidiolex and Arvisol, two pharmaceuticals that have completed or are in medical trials.

Epidiolex is an epilepsy pharmaceutical manufactured by GW Pharmaceuticals that is currently seeking FDA approval. Third-phase medical trials are complete and positive.

Arvisol is a pure CBD tablet intended to treat neurological diseases like schizophrenia and epilepsy. It is manufactured by Echo Pharmaceuticals B.V. in The Netherlands. It is still in medical trials.

3. Unsanctioned production of cannabis with high CBD occurs for “medical treatment rather than recreational use.”

For years the DEA has quietly discussed CBD and its use in medical treatment. In 2011, I interviewed Tommy LaNier, the Director of the National Marijuana Initiative, for a public policy paper for my Master’s Degree. He stated that if we could get CBD without THC, it would be easy to legalize.

Now, there is solidified proof of CBD’s medical benefits, through the medical trials for Epidiolex. Plus, after 20 years of research into hemp foods, it appears clear that less than 0.3 percent THC isn’t a cause for concern, health-wise.

Additionally, the WHO did not recognize any approved marketed pure CBD products, but recognized two in development (Epidiolex and Arvisol). This isn’t surprising given that WHO believes high CBD cannabis (hemp) is “unsanctioned production.” It also seems like the institution was focusing more on pharmaceuticals than nutritional or therapeutic supplements.

Sometime in the first half of 2018, the United Nations will convene to review the pre-review and then make an official statement regarding international restrictions of CBD. This will be an extremely important statement for the cannabis industry and pharmaceutical companies seeking FDA approval.

Agreement by the United Nations to de-schedule or re-schedule CBD within international controls will lend evidence and support for the DEA to remove barriers to CBD, excluding pure forms of CBD from the Controlled Substance Act.

This, of course, would likely do nothing for full spectrum CBD which commonly contains trace quantities of THC and other minor cannabinoids, of which very little research is done and much more is needed over the next twenty years.

Overall, this WHO report is a pretty big win for the CBD world, but there’s always lots more work to be done in this industry.