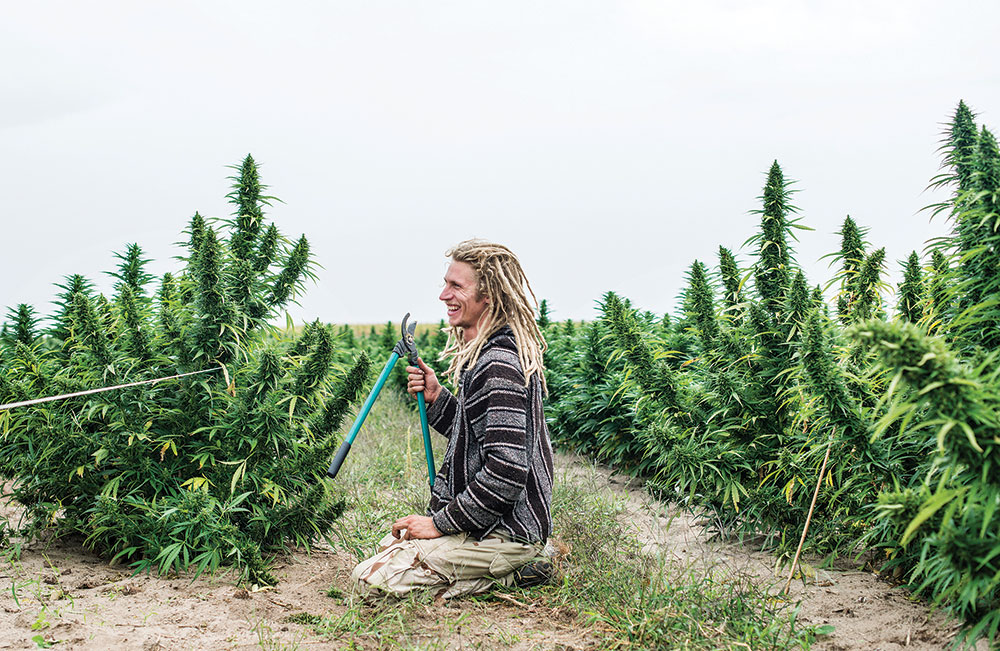 The Rise of Trademarked Hemp

It’s late in 2017, the leaves are turning and it’s that time of the year again. No, it’s not the holidays — it’s time for the Food and Drug Administration (FDA) to send out their near-annual warning letters to CBD companies. While in previous years the FDA sent out scores of letters, in 2017, they only sent out four, including a letter to the largest and most well-known producer of CBD products in America and possibly the world: the Stanley Brothers.

The FDA’s recent slap on the Stanley Brothers’ wrist highlights the struggles that many hemp-based CBD companies currently face: how to build brand recognition, how to deal with the stigma around hemp-based CBD and how to transition out of the medical marijuana space — all in the face of complicated federal regulation. As the Stanley Brothers’ case reveals, it’s difficult not to slip up.

The Stanley Brothers are famous for holding several trademarks affiliated with a CBD-rich strain, commonly known as Charlotte’s Web™, or now, CW Simply™ (CW). The company came to prominence in 2013 after CNN’s Dr. Sanjay Gupta ran a three-part special profiling the company’s flagship strain and its medical benefits. The strain is named for their first patient, a young girl named Charlotte Figi, who suffers from Dravet Syndrome. While Charlotte had been having over 300 seizures a week. Dr. Gupta reported that with the help of “the Stanley’s special marijuana,” she was down to just one.

Since Dr. Gupta’s special aired, over a dozen states have passed CBD-only medicinal hemp laws, many lacking key language required for them to function, such as how medicine would be grown or could be legally processed. While none of these bills contained “Charlotte’s Web” in their language, the media frequently described them as “Charlotte’s Web Laws.” That is likely because Dr. Gupta’s specials do not mention any other CBD-rich strains, or possibly because the Realm of Caring (RoC), a non-profit started with help from the Stanley Brothers, has “helped pass [CBD] legislation” in 15 of those states. 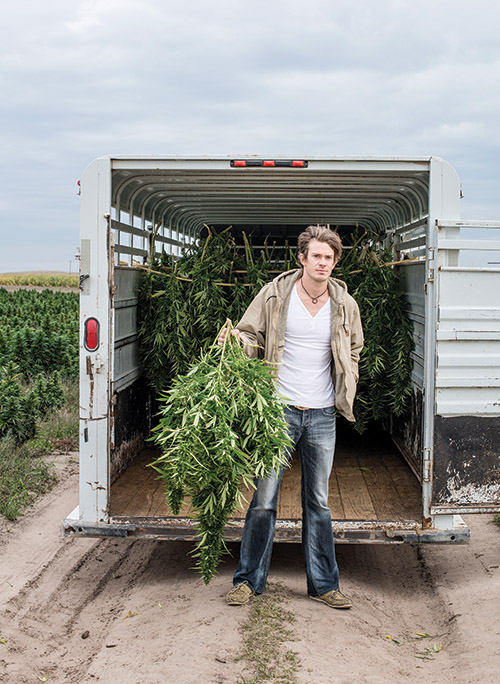 In fact, the word “hemp” is never used in any of Dr. Gupta’s specials, not by Dr. Gupta or even by the Stanley Brothers, who refer to their strain as a “plant.” Despite the fact that the word hemp is never used in the series, CW promotional materials obtained by this journalist claim that Dr. Gupta’s special was about hemp. Now, thanks to clever marketing, early application for trademarks (aided by a CNN special establishing prior use), and an aggressive expansion plan, Forbes reports that “CW Hemp dominates the [hemp-derived CBD] space with the largest market share.”

The big question is, how did a strain, which became famous because of a documentary called Weed, end up getting trademarked as a hemp plant? The answer has a lot to do with Section 7606 of the 2014 Farm Bill, which defined hemp as being any cannabis plant with under 0.3 percent THC, thereby opening the doors to freer access to hemp for research purposes. In February 2013, Josh Stanley, the head breeder of CW, reported in a video for the RoC, that “This particular plant [CW] has 0.5 percent THC and 17 percent CBD.” At the time, the THC percentage was too high to be legally considered hemp. Later that same year, in a TEDx presentation, Josh Stanley confirmed that CW is, or at least was, “a special strain of cannabis plant,” which they “succeeded in [breeding] in January of 2012.”

By the end of 2013, the Stanley Brothers had filed for their first trademark for “Charlotte’s Web Hemp Products™,” which means the THC content was low enough to be considered hemp. Now that CW was no longer medical marijuana, it could be sold legally as hemp across state lines, whereas up to that point it had to remain in Colorado as cannabis. Interestingly, CW promotional materials obtained by this reporter tell a different story, where the strain was developed from “proprietary hemp genetics,” which statements by Josh Stanley call into doubt.

Unfortunately for NBC, they did not get that memo about CW becoming hemp, and their regional station, WBBH-TV, was sued in 2016 by the Illinois distributor of Charlotte’s Web. WBBH-TV ran a broadcast on July 1st referring to CW as “medical marijuana,” just a year after Weed III aired referring to it as “medical marijuana.” The suit, which alleged NBC’s story harmed potential profits, was dismissed earlier this year due to a “lack of personal jurisdiction.”

Interestingly, CW promotional materials obtained by this reporter tell a different story, where the strain was developed from “proprietary hemp genetics,” which statements by Josh Stanley call into doubt.

The Stanley Brothers had to change course again in 2016, when Oregon banned the use of “Charlotte’s Web” as a name, arguing it might appeal to children because it shares the name with a popular children’s book. That move explains the progression of branding from Charlotte’s Web™, to CW Charlotte’s Web™ in 2016, and now in 2017, CW Simply™.

In late September, one month before the Stanleys received their letter, The Cannabist reported that for a short period of time, Target.com was carrying CW Simply™ products. After the story circulated, Target pulled all CW products.

While the study partially funded by the RoC focused on accurate dosing, CW product labels do not list the CBD content, making accurate dosing impossible for a patient to determine without testing every single batch. In the meantime, one would hope that the FDA would work to protect consumers’ health and safety by continuing to do potency testing of products, and possibly start pesticide testing. Perhaps in time, as federal regulations lax, CW Simply™ will add their CBD total to the label, making it easier for patients to know what is in their medicine.

“Pharmaceutical companies will be here, and are here,” Stanley said, “and they’re probably something we need to embrace and work with.”

Multiple attempts were made to reach someone from the Stanley Brothers or the RoC, but were unsuccessful.

Charlotte’s mother, Paige Figi, told HEMP that she “want[s] FDA oversight” of the medicine she has been lauding for years. She feels that the solution to the current situation with the FDA is congressional action. “Pass a federal bill to deschedule CBD and allow an industry to offer this compound as a dietary supplement,” she says. “If we fail to do so, pharmaceutical companies would be pleased to step in, keep it scheduled and own the market selling this as a drug only. I think it should exist as both.”

As these two bills work their way through Congress, the fate of “Charlotte’s Web” — and CBD companies like the Stanley Brothers — remains uncertain.