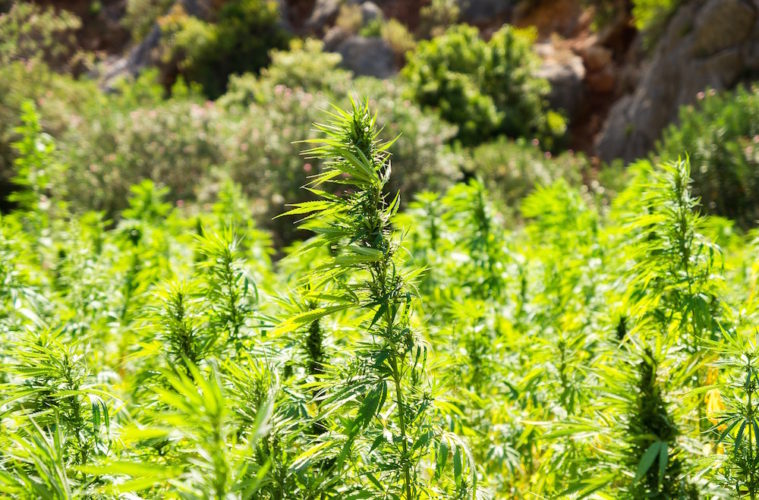 At the end of September, California Gov. Brown signed a bill that will allow hemp farming for CBD in California for the first time.

Gov. Jerry Brown of California recently signed legislation that will make it easier for farmers to cultivate industrial hemp for commercial purposes in California. Republican state Senator Scott Wilk, the sponsor of Senate Bill 1409, said in a press release that the new law will allow California to proceed with a hemp pilot program.

“This is a big win for our local farmers!” said Wilk, adding that the bill will help the state join the growing industrial hemp economy.

“California can now compete with thirty other nations and nineteen states in the growth of industrial hemp,” Wilk said. “This will be a boon for California’s economy and local farmers.”

Chris Boucher is the CEO of Farmtiva, a seed-to-CBD vertically integrated company that is just finishing the harvest of 55 acres of CBD-rich hemp in California’s Imperial Valley. He told HEMP that SB 1409 improves on an earlier flawed attempt to legalize industrial hemp in California.

“In 2013, they passed SB 566 which was a very disorganized approach to a hemp bill — probably one of the worst hemp bills in the country,” Boucher said.

Boucher said that some of the problems with SB 566 included high-density planting requirements, a ban on planting clones, and a ban on cutting any plant material until harvest. After the Farm Bill of 2014 authorized state hemp pilot programs, state regulators ruled that SB 566 was not compatible with the new federal legislation, further hindering hemp agriculture in California.

To address these issues, SB 1409 allows for the planting of clones, permits culling fields of male plants, and the cutting of plant material as samples for lab testing, etc. Farmers may also plant at a lower density, which promotes the production of high-quality hemp flower. Previously, California did not allow for extracting CBD from hemp, as SB 566 did not legalize the production of extractions from the hemp plants.

Prop. 64, the initiative that legalized recreational marijuana in California in 2016, defined industrial hemp and tried to correct some of the problems with SB 566. But it also created its own issues, including a requirement that hemp be tested for potency at a DEA-registered laboratory, despite the fact that the agency doesn’t register labs.

Previous attempts to legalize hemp in California were even less successful. Former Gov. Arnold Schwarzenegger vetoed hemp legalization bills three years in a row. The first time, in 2006, he told the legislature he feared Assembly Bill 1147 “would give legitimate growers a false sense of security and a belief that production of ‘industrial hemp’ is somehow a legal activity under federal law,” Schwarzenegger wrote.

Schwarzenegger also said that the legalization of hemp “could place a drain on their resources and cause significant problems with drug enforcement activities.”

And while Brown signed SB 566 and SB 1409, in 2011 he vetoed SB 676, which would have permitted hemp farming in five rural California counties. The governor said in a statement that legislators in Washington would have to change the law first.

Counties can ban hemp farming, and those that allow it are permitted to charge farmers whatever fees they see fit.

“Although I am not signing this measure, I do support a change in federal law,” Brown wrote. “Products made from hemp — clothes, food and bath products — are legally sold in California every day. It is absurd that hemp is being imported into the state, but our farmers cannot grow it.”

Despite Boucher’s belief that SB 1409 is an improvement in California hemp legislation, he also sees some drawbacks in the new law. Counties can ban hemp farming, and those that allow it are permitted to charge farmers whatever fees they see fit. He believes that provisions such as these add to the bureaucracy and will delay regulations even further.

The slow rollout of hemp regulation, he says, is not only stifling a new opportunity for farmers, but also preventing the investment of millions of dollars that would be necessary to support a robust hemp market. He hopes applications for commercial farming licenses will be available by spring.

Senator Wilk said that the passage of his bill will benefit California and the constituents he represents.

“Industrial hemp uses less water than other crops and needs little to no pesticides,” Wilk said. “It is used in over 25,000 different products, and manufacturers that use hemp in their products have discussed locating to the Antelope Valley. The passage of SB 1409 will bring mortgage-paying jobs to our district.”