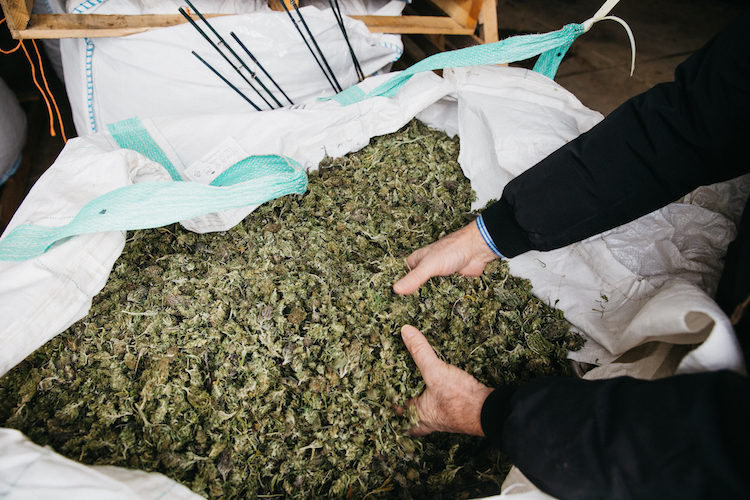 In this op-ed, attorney Cristina Buccola argues that the hemp industry advocates should make sure the 2018 Farm Bill does not ban former drug offenders from the hemp industry or drastically change food assistance programs to needy Americans.

This summer, both the U.S. House of Representatives and the U.S. Senate voted to approve their respective versions of the 2018 Farm Bill and to send them to conference. Now, as 9 senators meet with 47 House representatives to reconcile each version of the bill, we should be acutely attuned to two particularly insidious areas up for inclusion – one in the House Bill relating to changes to the Supplemental Assistance Nutritional Program (“SNAP,” which is in the House Bill and I’ll refer to as the “anti-SNAP provisions”) and one relating to a ban in the industrial hemp industry that would keep former drug offenders from participating in it.

These provisions are egregious in nature and discriminatory in practice, run against the very fundamentals of the Farm Bill itself, and must be excluded in the final version of the 2018 Farm Bill at all costs.

In the Senate’s version of the Farm Bill, Mitch McConnell’s  Amendment No. 1 — otherwise known as the “Hemp Amendment,” will give clear federal legal status to industrial hemp and its multitude of uses across the food, fiber, and pharmacology sectors. The retail potential of industrial hemp is undeniable; 2016 US sales of industrial hemp products were approximated at $700 million with an estimated sector growth of ten to 20 percent per year.

The Hemp Amendment looks good and in step with the purposes of the Farm Bill, as it will open up economic opportunities to Americans through agriculture. However, there’s a critical flaw: It prevents individuals convicted of a felony related to a controlled substance from participating in the legal industrial hemp sector.

This ban will have a disparate impact on already marginalized groups, and imbue a new industry with racist, classist, and arbitrary barriers to entry.

The term “felony” and its use in the Hemp Amendment is divisive: It’s employed as a scare tactic to conjure up scenarios of dangerous criminals engaged in nefarious activities, thereby requiring their elimination from the hemp industry and validating the ban itself. But the ban only applies to felonies related to controlled substances — people convicted of violent felonies (rape, murder, pedophilia) and felonies of moral turpitude (embezzlement, fraud, theft) may enter the hemp industry with abandon (provided there are no controlled substances involved). And what constitutes a felony related to a controlled substance runs the gamut: minor infractions — like personal possession of small amounts of marijuana — constitute felonies in certain states. In Arizona, for example, an individual caught with any amount of marijuana can be slapped with a felony charge. In Idaho, it only takes an amount over 3 ounces of marijuana.

By virtue of including the Hemp Amendment in its version of the 2018 Farm Bill, the Senate confirms that industrial hemp is not a “dangerous” Schedule I substance but rather an agricultural commodity deserving treatment like any other crop. There is no nexus between people’s controlled substance-related felonies and their ability to cultivate and process an agricultural commodity. As such no logical reason exists to exclude these individuals in these ways from the industrial hemp sector.

The application of this ban has distinctly discriminatory effects: black, brown and poor Americans are far more likely to receive harsher penalties than their white, wealthier counterparts for the same offenses involving controlled substances. Under the proposed ban, these groups will also be denied the ability to participate in an industry that is otherwise legal for everyone else but them. It will also close out some of the very people responsible for developing the industrial hemp sector and credited with industrial hemp’s widespread acceptance today. In no uncertain terms, this ban will have a disparate impact on already marginalized groups, and imbue a new industry with racist, classist, and arbitrary barriers to entry.

The Anti-SNAP Provisions in the 2018 Farm Bill

When the House passed its version of the Farm Bill (officially known as Agricultural and Nutritional Act of 2018) on June 21, 2018, House Agriculture Committee Chairman K. Michael Conaway identified the bill’s purpose as “providing our neighbors in need with more than just a hand out, but a hand up.” However, the changes the House proposes to our country’s anti-hunger program, SNAP, will be a boot on the neck of some of the neediest Americans.

About 45 million people — or 1 out of every 8 Americans — depend on SNAP, the modern version of food stamps, to eat, according to the USDA.  The average benefit is around $1.40 per person per meal. Children, seniors and individuals with disabilities constitute two-thirds of SNAP participants. And for people who can work, they must work: under current law adults who aren’t disabled or responsible for the care of children under 6 must meet employment and training (“E&T”) requirements to secure SNAP benefits. For many low-income working families, SNAP is the funding bridge to offset monthly food expenses that instead allows them to pay for other basic living expenses. SNAP is not a simple “hand-out,” but rather very much a “hand up.”

Currently under SNAP program, the vast majority of able-bodied adults not responsible for childcare can receive up to three months of SNAP benefits without satisfying their E&T requirements. At the conclusion of this approximate 90 day period, these adults become ineligible for SNAP benefits for a three year period. SNAP already has a work-for-benefit arrangement, but the House Bill proposes to implement unreasonably strict repercussions for missing E&T requirements in any given month: but for under a very limited number of exceptions, SNAP benefits will be eliminated for up to one year the first time someone fails to meet monthly E&T requirement and up to three years upon the second occurrence. While E&T requirements seem rationally related to the goal of getting people back to work and on the path of financial independence, denying Americans a grace period during which to shore up new E&T-qualified engagements is completely unreasonable.

Another proposed change under the House Bill sets up for failure those Americans who are succeeding under SNAP by yanking their benefits before they achieve the very security championed by the program itself. Currently, SNAP qualifications are determined by income and asset limits; importantly states now have the flexibility to raise these limits when modest wage increase would make participants SNAP-ineligible, or to enable them to build equity for longer term financial stability, or to offset other state and local market and economic factors. Over 40 states currently modify these limits in some form to assist Americans towards financial independence. The House Bill will strip states of this flexibility, create a hard and fast income cliff, and push Americans further away of the goal of phasing out SNAP benefits over time. Moreover, divesting states of the ability to raise these limits will terminate school breakfasts and lunches for an estimated 265,000 children.

Overall, the new SNAP provisions of the House Bill will cause millions of Americans to backslide into food-unsafe and/or poverty conditions and must be challenged at every turn during the 2018 Farm Bill conference. Senate Democrats are already working to exclude these provisions from the final bill as the inclusion of this language could have major repercussions as to whether or not the final 2018 Farm Bill is passed at all.

Let this serve as an alarm bell, warning Americans about the devastating impact of including the anti-SNAP and drug offender ban provisions in the final 2018 Farm Bill.  If you find these provisions offensive to general notions of human decency and fairness and/or antithetical to the very intent of the Farm Bill, I implore you to contact your Senators and Representatives and voice your opposition today.

Cristina Buccola is an attorney, advocate, and business developer in the cannabis and industrial hemp sectors who also undertakes public interest/policy work related to economic and social justice and medicinal cannabis matters.  Follow her on Twitter and Instagram @cbcounsel