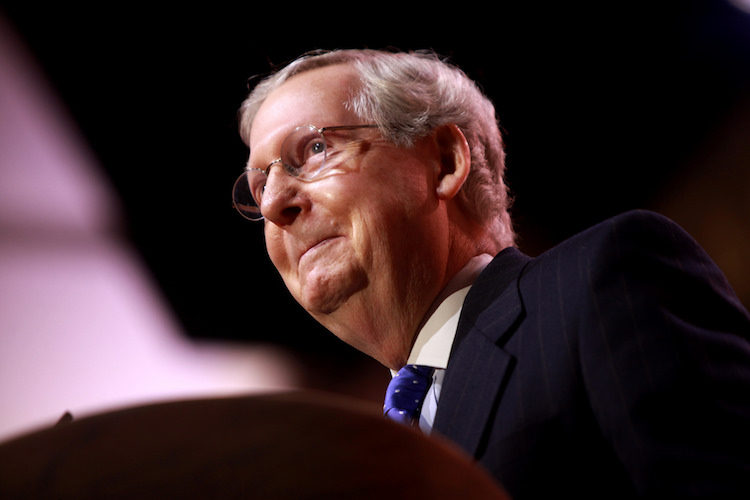 The Senate Agriculture Committee approved the Hemp Farming Act provisions within the Farm Bill, setting up for a vote on federal hemp legalization before July 4.

The Senate Agriculture, Nutrition and Forestry Committee voted 20-1 to approve the 2018 Farm Bill today. The measure includes provisions of the Hemp Farming Act of 2018 that was introduced in April by Senate Majority Leader Mitch McConnell (R-KY) and the two Democratic senators from Oregon, Sen. Ron Wyden and Sen. Jeff Merkley.

McConnell said in a release that including hemp legalization in the Farm Bill would benefit farmers and businesses, including in his home state of Kentucky.

“Supporting Kentucky’s agriculture communities, this legislation will provide certainty to thousands of farm families while also protecting important tools like crop insurance,” he said. “After today’s important vote, Kentucky farmers are one step closer to having the opportunity to tap into the growing hemp market. By securing my hemp provision in the Farm Bill, we are building upon the successes of the hemp pilot programs and encouraging the great potential of this versatile crop.”

McConnell said that the hemp provisions would remove several federal obstacles to building a successful hemp industry in the United States.

“This bill is a top priority of mine and will benefit farmers and manufacturers in four main ways,” he said. “First, it legalizes hemp as an agricultural commodity. Second, it empowers states to be the primary regulators of hemp, if they can develop a proper, robust plan. Third, it encourages hemp research through USDA competitive federal grants. And finally, it enables hemp farmers to apply for crop insurance, giving them access to a steady business model.”

The bill was approved without the addition of a last-minute amendment filed yesterday by Sen. Chuck Grassley (R-IA). Inclusion of the amendment “would devastate the industry’s efforts to promote full legalization of hemp and hemp products,” according to Katelyn Wiard, who represents the advocacy group the Hemp Roundtable, of which HEMP is a member.

Grassley’s proposal would have explicitly excluded cannabinoids, extracts and derivatives from the definition of hemp. Such a move could have bolstered efforts to continue the classification of cannabidiol (CBD) and other non-psychoactive cannabinoids as Schedule 1 controlled substances by the DEA. In the end, Grassley was the only senator on the committee to vote against approval of the Farm Bill.

“Now we just need to pass the law. And I’m in a uniquely well-situated position to make that happen.” — Mitch McConnell

Stephanie Hollander is a hemp blogger and retailer that works directly with Tennessee farmers. She told HEMP that with more than half of the states in the U.S. already establishing pilot programs, she wasn’t surprised by the inclusion of hemp provisions in the Farm Bill. If the bill passes and restrictions are loosened, she might start growing her own hemp.

Hollander believes that there will be some opposition to the bill, but that it will eventually become law if it gets enough support from the public.

“I think it will be successful but there will be some resistance,” she said. “I will definitely call my representatives and senators to voice my opinion about the bill. Whether or not they listen is another story.”

Kentucky farmer Brian Furnish noted that legalization will mean that he and other hemp farmers will become eligible for programs already available to growers of other crops.

“It’s tremendous for us,” he said. “We can start going after crop insurance and research dollars.”

McConnell said that he had succeeded in differentiating industrial hemp from its psychoactive cousin. With that hurdle cleared, approving the legislation is the final step in the process.

“We’ve won the argument that this is not about marijuana,” he said. “Now we just need to pass the law. And I’m in a uniquely well-situated position to make that happen.”

McConnell has pledged to bring the 2018 Farm Bill in front of the full Senate before July 4. The bill would then have to be passed by the House of Representatives and signed by the President to become law.

Once that happens, McConnell says that American farmers will be able to explore the crop’s potential.

“It’s time to figure it out and see where this market will take us,” he said. “I think it’s an important new development in American agriculture. There’s plenty of hemp around; it’s just coming from other countries. Why in the world would we want a lot of it to not come from here?”