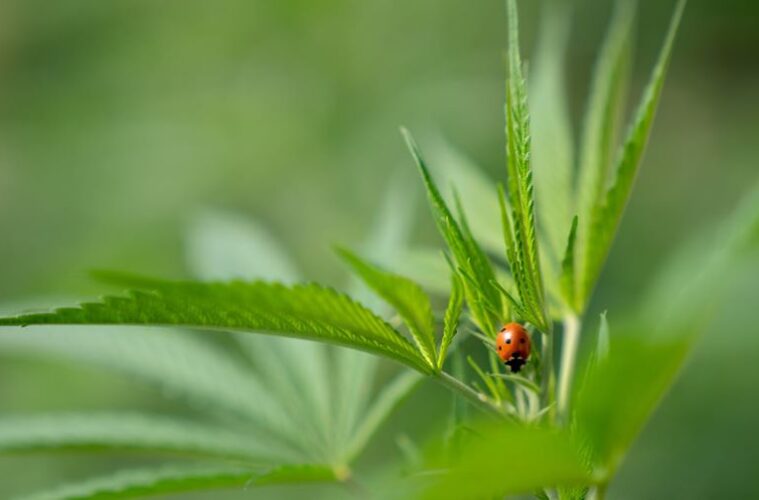 Colorado Girl was the Catalyst for Mainstream CBD Awareness

Members of the cannabis community were shocked to learn last week of the death of Charlotte Figi, the young Colorado girl whose struggles with severe epilepsy made her the face of the medicinal CBD movement. Charlotte passed away on April 7 at the age of 13.

Paige and Steven Figi, Charlotte’s parents, confirmed her death, saying it was most likely the result of complications of COVID-19, the disease caused by the novel coronavirus. Charlotte had been treated in a pediatric intensive care unit as a likely COVID-19 patient after she and several members of her family had been stricken with symptoms of the disease for weeks, according to a Facebook post from her mother that was written by a family friend. She was released from the hospital on April 5 after showing some improvement and the results of a test for the coronavirus taken two days earlier came back negative. After returning home, Charlotte had a seizure on the morning of April 7 that led to respiratory failure and cardiac arrest.

Charlotte began having seizures when she was only three months old. After she was diagnosed with Dravet syndrome, a rare form of epilepsy that usually appears in infancy, Paige and Steven began searching for a medication that would help their daughter. But by age 5, Charlotte was having up to 300 seizures a week and was confined to a wheelchair. She was unable to swallow and had to be nourished with a feeding tube. Eventually, after trying dozens of medications, it appeared that they were out of options.

“We were told by the doctor there was nothing left to try pharmaceutically,” Paige Figi said to The New York Times.

Determined not to give up, Paige continued her research and learned that cannabidiol had shown promise as a treatment for seizures. She then teamed up with the Stanley brothers, who owned a medical marijuana dispensary in Colorado Springs, to produce a medicine for Charlotte. The Stanley’s were able to breed a strain of cannabis that was high in CBD but low in THC. After making an extract from the harvest, the Figis gave it to Charlotte and hoped for the best.

“I didn’t think it was going to work,” Paige remembers.

The medicine did work, however. After starting treatment with the CBD extract, Charlotte went for seven days without a seizure. A Movement Begins with One Little Girl

Charlotte continued to improve and soon came to national attention when she was featured on Dr. Sanjay Gupta’s CNN special “Weed” in 2013. After meeting Charlotte and Paige, Gupta changed his views on cannabis as a medicine and was soon advocating for CBD as a treatment for epilepsy. Before long, dozens of families with children who had seizure disorders, were moving to Colorado to gain access to Charlotte’s Web, the name given by the Stanley brothers to the strain of cannabis they had bred.

As news of the medicinal properties of CBD spread, a new industry was born. Soon, new strains of CBD-rich hemp, which could be grown nationwide under the 2014 Farm Bill, were available to growers across the country. One of those farmers is Franny Tacy, the owner of Franny’s Farmacy in North Carolina. She told HEMP in an email that she is thankful to Charlotte for igniting a movement that has changed how people around the world look at medical cannabis.

“An innocent, little girl with epilepsy has made a huge impact leading us out of prohibition, showing us the impact of hemp as beneficial plant medicine and lighting a path for the potential for cannabis to positively impact quality of life,” said Tacy. “Her life and sacrifice have inspired a movement and a nation forever.”