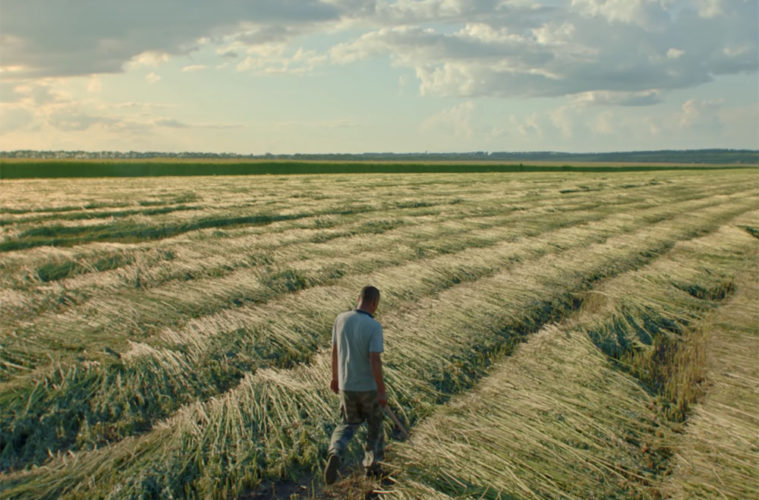 A new short film educates a broad audience on what the hemp plant actually is and where the industry is headed.

Driving through northern China between Russia and North Korea while on a film shoot documenting Patagonia’s hemp textile supply chain, Campbell Brewer, director of Little Village Films, was surprised at how much the landscape reminded him of farmland in the Midwestern United States. Brewer began asking questions, “Why did we have to fly all the way across the Pacific Ocean to find the hemp we wanted to shoot, and why is Patagonia sourcing their hemp all the way over here when it seems that the land could be similar?”

On his return from China, Brewer continued to ask questions about why there isn’t a hemp industry in the United States and initiated talks with one of the producers at Patagonia to develop a short piece to inform consumers. “I realized the controversy behind the history of the plant and wanted to tell the story,” said Brewer about the origin of the film “Misunderstood: A Brief History of Hemp in the US.”

Presenting an insight into China’s hemp processing infrastructure allows viewers to see how sophisticated it truly is. Producer of Little Village Films and Brewer’s wife Kathryn Francis explained, “I think that there’s a misconception that now that hemp is legal, we can just start producing and growing it here, but we don’t have the kind of major industrial tools and manufacturing to produce it, and it takes time to build.”

The film chronicles various people in the U.S. hemp industry, coupled with stunning cinematography from the hemp processing facility in China, including images of large hemp fields and luscious silk hemp fibers spiraling into bins as they are processed.

“As the project evolved and we were able to meet with some of the hemp growers and farmers and even politicians, we were definitely hoping to inspire farmers within the agricultural community and for there to be an uplift of energy around this idea that was so grounded in the right treatment of the plant,” said Francis.

“As the project evolved and we were able to meet with some of the hemp growers and farmers and even politicians, we were definitely hoping to inspire farmers within the agricultural community.”

Francis was pleased to find people in the hemp industry who were willing to share their expertise in the film. “Generally, everyone in the hemp industry was so generous with their time,” she said. “People are very passionate about it, and they wanted to spread the good news. It’s obviously a very special plant.”

From self-proclaimed dirt farmers to politicians to biologists to activists, the film offers a snapshot of a wide variety of people in the U.S. hemp industry. Through interviewing people across the United States, Francis discovered, “Representation in the hemp industry is that it is really pretty diverse. In agriculture, generally, it’s more male-dominated, but in hemp, there is a lot of diversity in that field. I think that it is a place where we were very pleasantly excited about the amount of diversity.”

Consulting with people from this diverse industry proved insightful to Francis, “I was very inspired by the work that Winona LaDuke [hemp farmer and activist] is doing and the way she is talking about this plant. I think she is really thinking about how this plant and how we treat it can usher us into the new economy.”

Overall, Francis said the film has been well received, “A lot of people more anecdotally have been saying things like, ‘I didn’t know any of that,’ or ‘I never thought about hemp being in competition with the timber industry for paper and the cotton industry for textiles.’ It reframed the conversation.”

Using hemp fiber for its textiles since 1996, Patagonia’s efforts extend beyond educational pieces such as this one and often show where its textiles and pieces of gear are being produced. “I’m continuously impressed with who [Patagonia is] as an organization. It was really nice to meet with some of the people who are working directly with hemp every day as agronomists and scientists and growers who Patagonia supports behind the scenes and not in an upfront showy way,” said Francis.

LET US KNOW: What do you think are the biggest misconceptions about hemp?