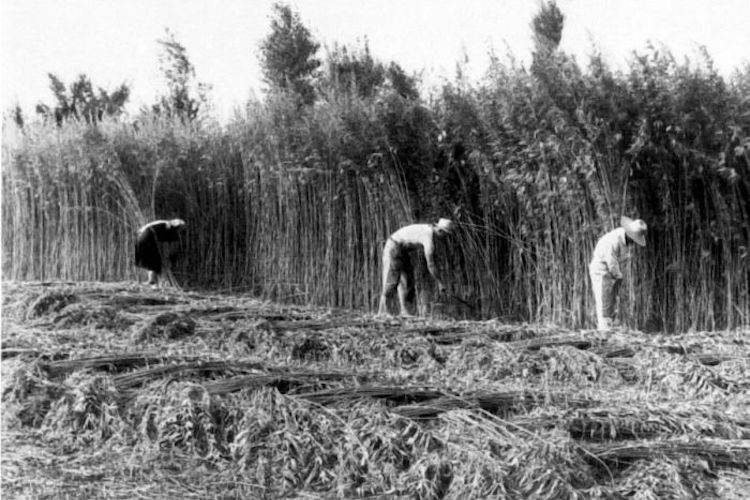 This Fourth of July, it’s important to reflect on the history of hemp in America — both its positive history and its more troubling past.

Many objects central to the founding of the American republic are connected to hemp. The sails and ropes on the boats which brought the first colonists over from England were made of hemp, so was the first American flag, and the Declaration of Independence and Constitution may have been written on hemp paper.

Hemp was viewed as such a crucial crop that some of the earliest colonies made hemp farming mandatory, including Jamestown and the Massachusetts Bay colonies. During that same time period, hemp was even used as currency.

As one might expect, with hemp farming being mandatory for all farmers, and many of the founding fathers being farmers, some of the framers of the Constitution are known to have grown hemp. The Constitution Center reports that both George Washington and Thomas Jefferson grew hemp and while John Adams spoke in defense of hemp, it is not known if he grew it on his farm.

Of course, it was not Thomas Jefferson himself who tilled his hemp fields — it was his slaves. As HEMP reported in our Issue 2, Jefferson forced slaves to cultivate hemp on his plantation called Monticello in Virginia, where tobacco, cotton, flax and other mixed crops also grew.

Ben Franklin might have also used hemp at his paper mills, but the Constitution Center asserts that these rumors are impossible to confirm. What is known about Franklin is that he used his printing presses to do some of the earliest translations of the Iroquois language into English, specifically their Great Law of Peace (analogous to a constitution). The Iroquois Great Law of Peace was not a written document, but an oral tradition, that the Six Nations (the Cayuga, Mohawk, Oneida, Onondaga, Seneca, and Tuscaroras) used to govern their confederacy of nations. Some sources maintain that the Great Law was used by the founders as a cheat sheet to craft the U.S. Constitution, and that history has been whitewashed to erase that indigenous influence. Other scholars maintain that there is “virtually no support for this contention” found in historical or ethnographic documents.

The Tuscarora: The People of the Hemp

The Tuscarora were the last nation to join the Six Nations of the Iroquois confederacy, and they stand out from the other five nations for one major reason: their use of hemp.

Tracy Johnson, a living member of the tribe, says that the Tuscarora were so well known for their shirts of woven hemp that their name translates to “the ‘people of the hemp,’ ‘hemp gatherers’ or ‘shirt-wearers.’” The Tuscarora were the original inhabitants of the lands in northwestern New York, near Niagara Falls, where their reservation remains to the present day. Johnson lives on the reservation, and when he looks around him he remembers that “At one point all this was solid hemp. They planted it as far as the eye could see.”

The Tuscarora didn’t just grow hemp like the founding fathers; they fought the British with them during the Revolutionary War. Unfortunately, all was not well between the Tuscarora and the European settlers. The Tuscarora Chief Clinton Rickard wrote in his autobiography that “The whites wanted our land, and they kidnapped our children for slavery. This caused war.”

That was when the Tuscarora joined the Iroquois as the Sixth Nation. Things got worse in the 1950s, when one-fifth of the Tuscarora’s nine square miles was taken by the New York State Power Authority to create a reservoir. With the loss of land came a loss of culture, including hemp cultivation and that entire chapter of their history.

As with early European colonists, there is no evidence that the Tuscarora smoked hemp. Rick Hill is a member of the Tuscarora Tribe and is the coordinator of the Indigenous Knowledge Center at Six Nations Polytechnic.  According to Hill, “There’s no record in oral or written histories of hemp being smoked by any of the Six Nations.” There is evidence of hemp being used to make string, ropes, and the Tuscarora’s distinctive long hempen shirts, but “They were not called hemp people because they were smoking it.”

Tracy Johnson’s brother, Crandy Johnson, takes a different view. Johnson says that cannabis is “a sacred herb that was given to us for a reason, to heal us and give us clothing.” Both Johnsons are second-generation metal-workers, “Sky Walkers,” who spent decades balanced atop steel beams building skyscrapers. Now, Crandy Johnson is suffering from cancer and wants nothing more than to be at peace to grow his own cannabis to treat his cancer, the same way his people have grown hemp for hundreds of years.

So this Independence Day, while you are celebrating with friends, remember the hemp’s deep roots in America, both among its colonists, its slaves and the land’s original inhabitants. If it wasn’t for hemp, America’s founding fiber, who knows where we would be today?