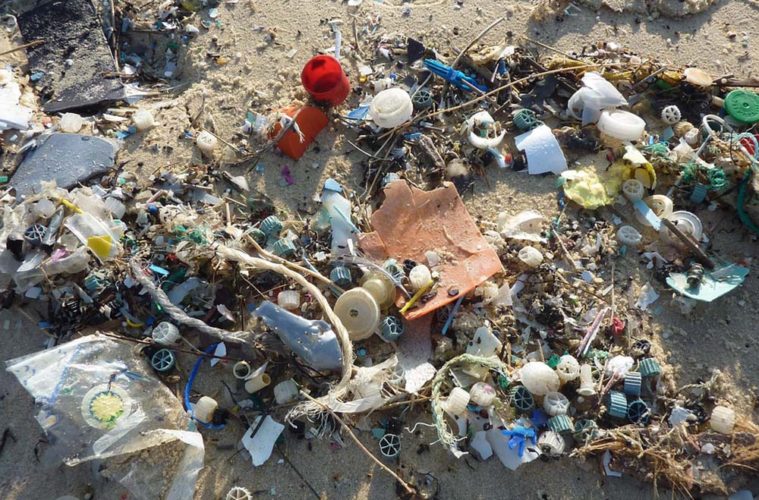 One company is pairing their effort to create hemp plastic packaging with a new initiative using reclaimed ocean plastic.

A Colorado company is combatting unsustainable packaging in the cannabis industry by creating new solutions using hemp and plastic waste reclaimed from the world’s oceans. Sana Packaging, based in Denver, announced in March that it has created a new line of compliant packaging products for the cannabis industry made from ocean plastic.

James Eichner, co-founder and chief strategy officer of Sana, told HEMP in a telephone interview that he and CEO and co-founder Ron Basak-Smith began the company as project for an MBA program at the University of Colorado Boulder.

“At the time we were frustrated cannabis consumers,” he said. “We saw a problem with cannabis packaging, and we were shocked that no one was doing anything about it.”

Eichner said that many cannabis products are over-packaged, often with materials that are not easily recycled.

“Everything about cannabis packaging is just wrong,” he said.

Hemp to the Rescue

Sana’s first project was a line of boxes and pre-roll tubes made of a 100% plant-based plastic consisting of 30% micronized hemp hurds and 70% polylactic acid, a biomass polyester commonly used as 3D printing material. Because the plastic is made from plants, it is biodegradable, recyclable, and renewable.

Globally, 40 percent of the plastic produced globally is made for packaging, meaning it is used just once and then thrown away. Also, every year, 18 billion pounds of plastic waste flows into the ocean, according to the National Geographic.

“We need to be moving toward bio-based materials for single-use products like packaging,” said Eichner.

Basak-Smith said in an interview with Green Entrepreneur that some cannabis companies are placing an emphasis on more environmentally friendly solutions.

“Until hemp is more mainstream, we’ll continue to fill a small niche of consumers who really want sustainable packaging,” he said. “Brand image is important, and the number of people who want sustainable options drives how many options exist.”

Sana’s latest endeavor is a line of packaging for the cannabis industry made from plastic waste reclaimed from the world’s oceans. Eichner says that the company is working “in partnership with a company called Oceanworks. They’re based in L.A. and aim to accelerate the removal of ocean plastic with the long-term goal of a plastic-free ocean.”

Oceanworks not only removes plastic from the ocean, but also sorts it into pure materials. That allows Sana to purchase clean HDPE, one of the most recyclable forms of plastic, for its products.

Eichner said that while sourcing raw materials from hemp and ocean plastic is more costly, Sana’s products are made in the United States and aren’t laden with the “negative externalities” of other options, such as poor working conditions and the environmental impact of petroleum-based plastics.

“We’re about two to three times more expensive than the cheapest alternative,” Eichner said. “But we think that’s a really small price to pay when you consider that your cheapest alternative is probably made overseas in a factory that has to have suicide nets outside the windows.”

He also noted that companies focusing on emerging renewable technologies don’t have the advantages of scale enjoyed by the manufacturers of other materials.

“When you’re competing with traditional plastics, what you’re really competing against is crude oil. And crude oil is the single most sophisticated supply chain on the planet.”

Eichner said that some cannabis brands with a more robust budget for marketing their products are turning to Sana’s sustainable options.

“When you start to compare us to other premium packaging, we’re very price-competitive,” he said.

Eichner believes that more companies should consider the environmental impact of the decisions they make.

TELL US, do you purchase products with renewable plastic packaging?