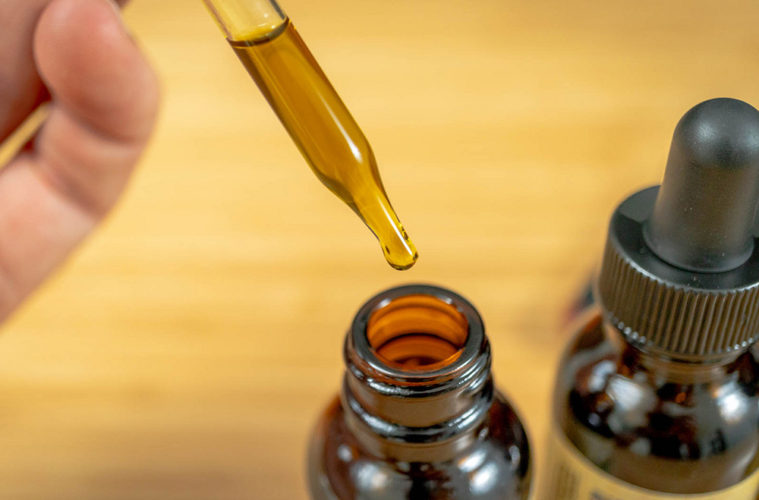 This week in CBD confusion: CVS and Walgreens announce they will sell CBD products — and then the head of the FDA expresses concern to Congress. It’s more clear than ever that the 2018 Farm Bill’s hemp regulations are challenging for businesses. Here’s what this means on the state and federal level.

With the FDA still working to create a federal regulatory pathway to allow cannabidiol to be used as an ingredient in foods and beverages, CBD companies are struggling to navigate a patchwork of regulation at the state level. And while recent state legislative action is trending toward further legalization of hemp and CBD, law enforcement agencies in some jurisdictions continue to include the products, which were legalized with the 2018 Farm Bill, in their ongoing War on Drugs.

Before announcing his impending resignation early last month, FDA Commissioner Scott Gottlieb told the audience at a National Association of State Departments of Agriculture conference that while the 2018 Farm Bill preserved FDA authority to regulate compounds derived from cannabis, the agency was studying new ways to address CBD.

“We’re planning to seek broad public input on this pathway, including information on the science and safety behind CBD. But we know that this process could take time,” Gottlieb said. “So we’re also interested in hearing from stakeholders and talking to Congress on possible alternative approaches to make sure that we have an appropriately efficient and predictable regulatory framework for regulating CBD products.”

Estimates on creating that framework range from months to years, with further legislative action required from Congress one possibility.

The uncertain regulatory environment has caused confusion for some firms, but Tyler Strause, the CEO of Randy’s Club, a producer of hemp CBD topicals and tinctures, says that most companies don’t need to worry about interference from federal regulators.

“It doesn’t appear that the federal government has any real interest in going after CBD companies just because they’re CBD companies.”

For example, on Wednesday April 3, Gottlieb told lawmakers in Congress’s House Appropriations Committee that he was concerned with CVS and Walgreens’ announcement that the stores would begin selling CBD topicals because of his concern the products would be making unwarranted health claims.

“We expressed concern yesterday, I did, about Walgreens and CVS stepping into this market,” Gottlieb said. “So you now see big-box stores seeking to market CBD products for some uses where the claims seem to be potentially over the line, for the treatment of pain for example.”

Enforcement by other jurisdictions, however, is a different matter.

“There does seem to be a growing willingness on the part of state regulators to start exercising their enforcement authority,” Strause said, adding that most companies only need to be worried about civil action from the authorities.

But that wasn’t the case for GM Tobacco stores in Duncanville and Lancaster, Texas last month. Both stores were raided by police, who confiscated thousands of dollars of CBD products, according to Amy Wazwaz, the owner of the shops.

“I noticed two officers come in. One really aggressively ordered me basically away from my register,” said an employeeat the Lancaster location.

“They took everything that was remotely related to CBD,” Wazwaz said, although officers made no arrests.

After the raids, Duncanville police told reporters that they “seized over 30 pounds of marijuana,” along with “hundreds of pounds of CBD oil in various forms, weapons and other evidence pertinent to the case.”

An inventory of the items seized included an entry for “apparent marijuana products labeled (as) hemp flower.”

Wazwaz said that what police believed to be marijuana is indeed hemp flower and that police took more than merchandise in the raids.

The Duncanville Police Department is standing its ground. Assistant Police Chief Mark LiVigni said in a statement that “marijuana is illegal in the state of Texas.”

With lawmakers in the state debating a bill to legalize hemp and CBD on Monday, relief for Texas retailers like Wazwaz could soon come in the form of legislation. Other states, including Ohio and Maine, are also taking a new look at the agricultural products.

In Ohio, state regulators announced in August of last year that CBD products could only be sold at medical marijuana dispensaries, causing many retailers to pull products from their shelves. But now the legislature is taking the reins and the state Senate unanimously passed a bill on Friday legalizing hemp and CBD. The bill now heads to the state House of Representatives for consideration.

“It’s imperative that Ohio moves quickly so our farmers can take advantage of a domestic hemp marketplace to catch up with other neighboring states,” said Sen. Brian Hill, a co-sponsor of the bill.

And in Maine last week, Gov. Janet Mills signed a bill allowing CBD to be used as an ingredient in foods and drinks. Rep. Craig Hickman, an organic farmer and the author of the bill, said that many residents of the state had made their views on hemp clear to legislators.

“We heard from farmers, processors, retailers, health care practitioners and people who have found relief in the medicinal qualities of the nutrient dense whole food that is the hemp plant,” said Hickman. “They needed us to act.”