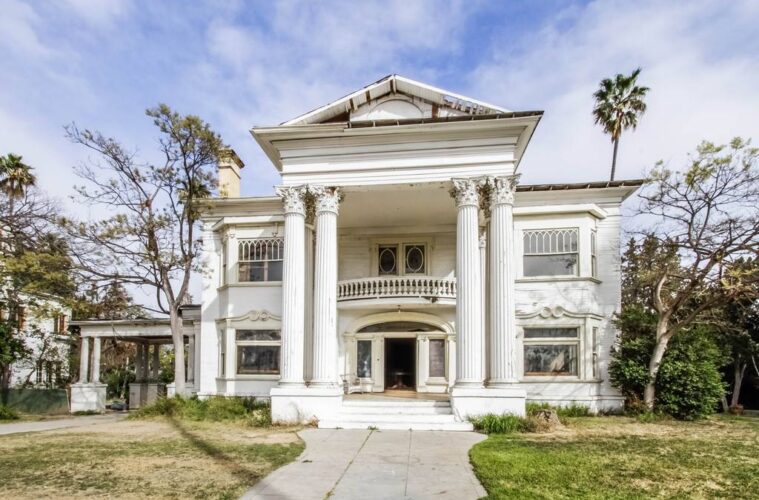 Historic Mansion in LA Is Going to Be Restored with Hempcrete

John C. Austin is the man who built LA’s City Hall, the Shrine Auditorium, and the Griffith Observatory. He also constructed one of LA’s most famous homes: the “Beckett Mansion,” which was built in 1905 for Dr. Wesley W. Beckett and his wife in West Adams. Now, the Beckett mansion is being restored—using hemp, according to MSN.

The drywall and insulation in the walls of the two-story Colonial Revival-style home are set to be replaced with hempcrete.

“It has multiple industrious uses, over 25,000 and one of them is actually for hemp construction, particularly insulation. once the green part is removed, you’re left with the woody core and woody core is processed and chopped down to what looks like mulch and then the mulch is combined with lime,” said Mayra Delgado is with Pass it Forward California, a nonprofit that advances hemp in construction. She says it helps reduce the use of carbon.

While the name hempcrete implies that it’s made from hemp, the term “hempcrete” is a misnomer. Hempcrete is not a 1:1 replacement for concrete. It’s more a replacement for insulation, drywall, ceilings, flooring, and the internal construction of a building or home. The restoration of the Beckett Mansion shows this.

It is a lucrative building material because it helps squash fires and is mold-proof, breathable, termite-resistant, and soundproof.

“Hemp is a very energy-efficient material,” said Corey Hughes, the CEO of the company Construction Grade HEMP. “It would usually bring the energy bill down 15% in the home. So you could turn on your heat on Monday and you won’t need to turn it on until Thursday. Turn on your AC on Monday and not again until Tuesday night.”

The hempcrete blocks used in the restoration project weigh on average between 7 to 9 lbs, which, compared to a 25 lbs cinderblock, that’s nothing. The benefit of using a lighter material is that the construction can be done more quickly. It also saves money on transportation and labor costs.

The Beckett Mansion has seen better days, but thanks to the organization Sugar Hill Mansions, it’s being renovated and preserved for public and private use. Once complete, the Beckett Mansion will look the same from the outside, but inside these walls, a new construction material will write the next chapter for this historic property.