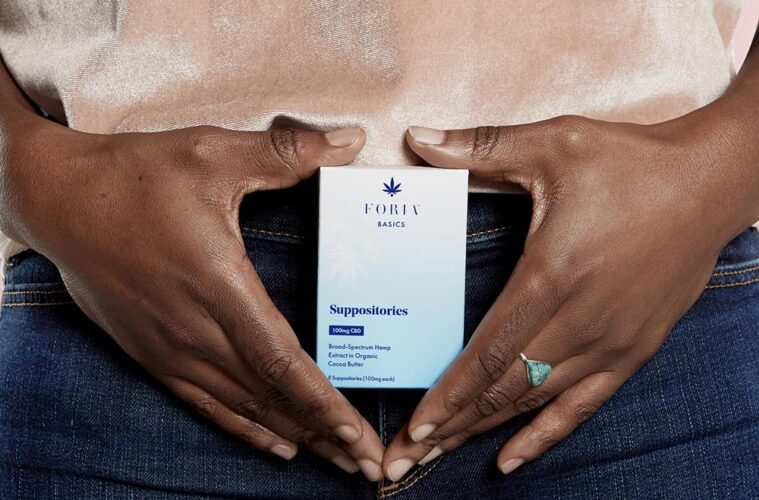 CBD Could Be a Treatment for Pelvic Pain

Cannabis has long been used to treat gynecological issues. Now, Foria has created a line of CBD products for women’s sexual health and pleasure.

Now that hemp is federally legal and booming demand for CBD has hemp products on store shelves across the nation, many people are considering the role of cannabinoids in health and wellness for the first time. But, as it turns out, the hemp plant appears to have a long history of aiding relaxation, easing pain, and enhancing pleasure.

Medicine made from cannabis was commonly used to treat a variety of conditions throughout human history — including gynecological issues. According to Dr. Ethan Russo, renowned cannabis scientist and author of “Cannabis Treatments in Obstetrics and Gynecology: A Historical Review,” the cannabis plant (which most often looked like today’s industrial, low-THC hemp varietals) was used orally, rectally, vaginally and topically to treat menstrual pain or pain during childbirth as far back as in ancient Mesopotamia.

Russo writes that in the 16th century, women who slouched because they suffered from “diseases of the uterus” suddenly stood up straight after inhaling cannabis smoke. Further anecdotes note its efficacy at easing swelling of the breasts, dysmenorrhea (pain associated with menstruation), “painful coitus, constipation and headache.”

In modern times, more and more people are turning to cannabinoids to ease pain and enhance desire — often at the same time. And new research supports the historical use of cannabis, as both an aphrodisiac and an analgesic.

An Ancient Remedy in Modern Times

A study published in the Journal of Sexual Medicine found that millions of women will experience pain and discomfort during sex at some point in their lives. Among the main causes for this are dryness and inflammation associated with conditions like endometriosis, pelvic inflammatory disease (PID) or vaginismus — a pain condition consisting of involuntary contractions or muscle spasms in the pelvic floor, reports Mayo Clinic.

“Menstruation, sex, and menopause are the top three reasons that women use cannabis for self-care,” explains biologist Genevieve R. Moore, Ph.D, in an article published on the Foria blog. “In addition to treating other symptoms of menopause, more and more postmenopausal women are loving the juice cannabis adds to their sex lives.”

In many cases, healthy intimacy goes hand-in-hand with the need for pain management. One pioneering California company started out using cannabinoids to enhance sex — and soon discovered that their products also eased women’s pain, often with revelatory results.

A Journey from Pleasure to Pain Relief

In 2014, Foria became the first modern-era company to develop cannabis-infused pleasure products for the mainstream commercial market. Their flagship formula, Pleasure, is a THC-infused lubricant specifically designed with female pain and arousal in mind. Foria says that customers report great results from the lube, though due to its THC content, these products are only available in California and Colorado.

So Foria created a range of CBD products sold online that includes suppositories, vape pens, supplements, and a THC-free arousal oil called Awaken, all made from organic hemp grown in America. The company says hundreds of women have reported that Awaken helps to relieve symptoms of menopause, dryness, and painful sex.

And cannabinoids aren’t the only molecules at work in Awaken. The CBD-infused arousal oil also includes a blend of nine botanicals, including Kava Kava, cardamom (an anti-inflammatory), ginger (antispasmodic and warming), peppermint (cooling), vanilla (soothing) and cacao (which also affects the endocannabinoid system). All the plants used in the formula are ingredients with long histories as traditional aphrodisiacs across cultures. Kava Kava, a variety of pepper plant native to Pacific Islands, stimulates the same receptors as THC in order to enhance pleasure and soothe discomfort.

CBD appears to be a powerful anti-inflammatory. Numerous studies have found inflammation to be a direct cause of pain and may cause or worsen numerous chronic illnesses. Inflammation is our body’s response to injury, infection, and illness. When our immune cells sense a threat, they go into overdrive, signaling our bodies to send more immune cells and blood to the site, which causes redness, swelling, and pain, and may eventually lead to scar tissue or poor function in chronic cases. Chronic inflammation has been implicated in numerous serious conditions, like diabetes, autoimmune disorders, depression, Alzheimer’s disease, and cancer.

Inflammation can originate in a specific region of the body — like the digestive or reproductive tract. There are many causes of pelvic inflammation, ranging from endometriosis to cysts, menstruation to STIs, and more. And when it comes to having a good time in the bedroom, chronic pain – from any condition – can really cramp your style.

Research suggests that CBD is able to curb inflammation by helping to block COX2, an enzyme responsible for producing inflammatory prostaglandins that can trigger muscle cramps, inflammation, cell death, pain, and nerve sensitivity. During menstruation, progesterone levels drop. When they decline, prostaglandins levels rise. Prostaglandin levels are highest during this time, which triggers the aforementioned symptoms. High levels of these molecules can also, “cause blood vessels to constrict and suffocate endometrial tissue,” a process known as vasoconstriction.

And even for women with no complaints about their sex lives, pelvic pain — caused by conditions like endometriosis as well as ordinary menstrual cramps — can still be a major issue. Inspired by the enthusiastic testimonials of women who found that Awaken soothed their pain, Foria developed THC-free CBD suppositories, specifically to address cramps and other pelvic discomforts. These suppositories are soon to be featured in a Harvard researcher-led study on the efficacy of cannabinoids for female pain.

Foria’s menstrual suppositories are also 100% plant-based and made from broad-spectrum hemp extract and organic cocoa butter. Each suppository can be used rectally or vaginally and brings 100mg of CBD to the site of pain and discomfort. Like all Foria products, each is independently tested for purity to ensure it’s free of any heavy metals, pesticides, and solvents.

This post is sponsored by Foria. Thank you for supporting the businesses that have partnered with HEMP.