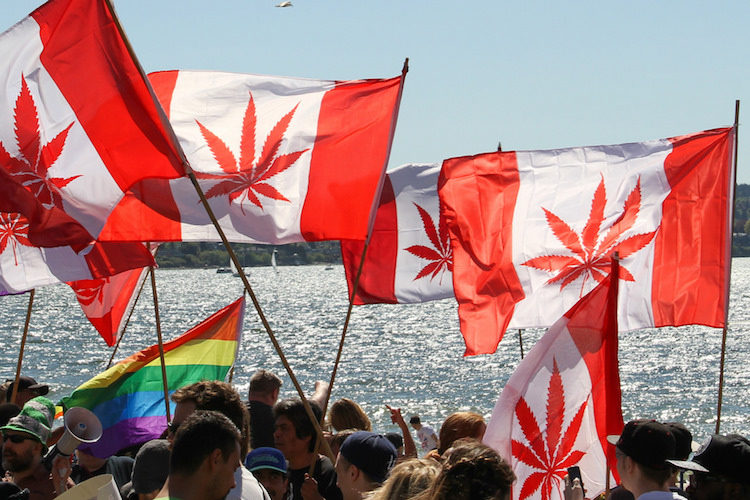 Canada’s Bill C-45 is poised to pass into law, which would make the northern nation the second in the world to legalize cannabis countrywide. The bill includes some crucial hemp provisions that would allow hemp to be processed for CBD.

When the Canadian Senate passed the Cannabis Act last week, activists nationwide celebrated the step towards Canada’s full legalization of recreational marijuana. But the measure, which is also known as Bill C-45, promises to be revolutionary for the future of industrial hemp as well. It is expected to pass the House and be signed into law in the coming weeks.

Rob McIntyre, the chief financial officer of Salvation Botanicals, told HEMP that his company has been anticipating the changes for years and is already preparing to implement them. Salvation Botanicals is a licensed industrial hemp processor located on Vancouver Island in British Columbia. The firm is currently developing a range of hemp food products, including cold-pressed hemp oil, hemp protein powder and hulled hemp seed.

Until now, hemp in Canada has been grown under the auspices of the Industrial Hemp Regulations (IHR). McIntyre explained that the IHR restricted the uses for the crop, so processing the leaves or flowers was prohibited.

“Prior to C-45, hemp could only be grown for seed (hemp hearts, protein, etc.), fiber for textiles, or hurd for agricultural use or construction materials,” he said.

“Under C-45, the flower and leaves can be accessed for CBD. Since hemp is grown on a massive scale compared to cannabis, the potential for significant production volumes at hugely competitive prices is very real.” — Rob McIntyre

McIntyre noted that the Cannabis Act changes that and has the potential to change the landscape of hemp agriculture.

“Under C-45, the flower and leaves can be accessed for CBD. Since hemp is grown on a massive scale compared to cannabis, the potential for significant production volumes at hugely competitive prices is very real,” he said.

McIntyre noted that Bill C-45 presents opportunities to both experienced farmers willing to adapt as well as those new to hemp. But most small growers will need to team up with others in the industry to realize the full economic potential of their crop.

“This change provides an opportunity to utilize yet another piece of this extremely versatile plant. Decisions on cultivars will likely change, as the highest CBD yields will be targeted,” he said.

“Does it mean that hemp farmers are millionaires overnight? Unlikely, as the low potency of field grown hemp presents its own unique economic and scientific challenges. With the right harvest and extraction partners, however, farmers can expect to see a significant increase in revenue per acre,” McIntyre noted.

He also said that his firm has been following the legislative developments and will be ready to help farmers take advantage of the newly legal uses for industrial hemp.

“Salvation has long seen the benefits of extraction of CBD from industrial hemp. We have applied technology and know-how from the cannabis sector to develop proprietary methods of economically harvesting CBD on very large scale. The upcoming changes in legislation have been anticipated for several years, and we look forward to the opportunities that are currently being presented,” he said.

More Legislative Work to Do

Senators approved Bill C-45 by a margin of 56-30 on Thursday, June 7. Because the Senate added more than 40 amendments to the measure, it will now head back to the House of Commons, where it was originally passed in 2017. MPs serving in that body will have a chance to review and approve the changes made by Senators. If they do that quickly, the Cannabis Act could receive what is known as Royal Assent and become law in a matter of days. But if members of the House of Commons object to some of the amendments and fail to ratify them, Bill C-45 could be subject to more debate and revision in both houses of Parliament before it is finally approved.

The Cannabis Act appears to be headed for eventual success, but is still receiving resistance from the Conservative Party because of its opposition to recreational marijuana. Independent Senator Andre Pratte told the Canadian Broadcasting Corporation that Bill C-45 is a practical alternative to the failed war on drugs.

“Do we take a deep breath, close our eyes and stick with a demonstrably failed, hypocritical, unhealthy, prohibitionist approach of the past or do we move forward, eyes wide open, and choose the alternative?” Pratte asked.

“I choose to open my eyes, rather than put on blinders,” he added.