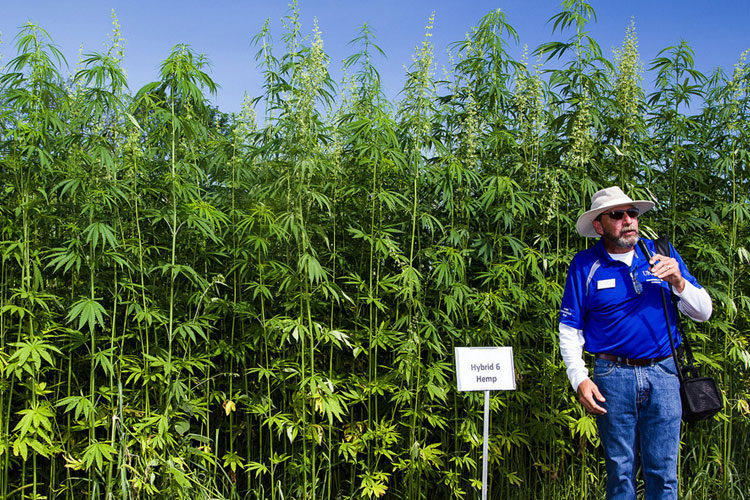 On Thursday, June 28, Senate Majority Leader Mitch McConnell announced that the U.S. Senate has passed the 2018 Farm Bill, including the full language of his Hemp Farming Act, which would legalize hemp farming nationwide.

The House of Representatives passed their version of the 2018 Farm Bill yesterday, June 27, without the Hemp Farming Act inside.

The two versions of the 2018 Farm Bill will now meet in a conference committee, with representatives from both chambers of Congress, in order to reconcile the bills and push a final bill forward on to President Donald Trump’s desk for a signature.

“For far too long, the federal government has prevented most farmers from growing hemp,” said McConnell in a statement. “Although it was a foundational part of Kentucky’s heritage and today you can buy hemp products at stores across the country, most American farmers have been barred from planting it in their fields. I have heard from many Kentucky farmers who agree it’s time to remove the federal hurdles and give our state the opportunity to seize its full potential and once again become the national leader for hemp production. That is why I strongly advocated for this measure to be included in the Farm Bill, which will finally and fully legalize industrial hemp.”

Hemp industry lobbyists are hopeful that the Farm Bill will advance through the conference committee with the Hemp Farming Act intact inside.

Hemp industry lobbyists are hopeful that the Farm Bill will advance through the conference committee with the Hemp Farming Act intact inside, given that McConnell is on the committee and is expected to advocate forcefully for his amendment.

“Senate Majority Leader Mitch McConnell will be leading the fight to ensure that the conference committee retains the hemp-friendly Senate language before it gets sent back to the House and Senate floors for final passage,” wrote industry lobby group Hemp Roundtable — of which HEMP is a member — on Thursday.

However, the 2018 Farm Bill also includes a series of other contentious amendments — most notably, the House version contains revisions to the federal food stamp program, which Democrats have hotly contested. This means that a debate over the approval of industrial hemp on a federal level is likely to take a back seat.

The conference committee is slated to take place after Congress’s weeklong July 4 recess, according to RollCall.