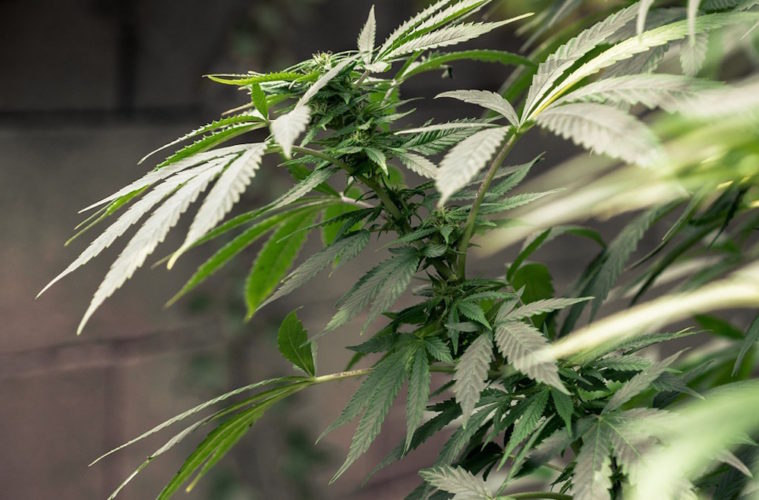 A controversial amendment barring people with felonies from participating in the federally legal hemp industry — for 10 years following the conviction — is included in the bill’s final language.

This week, the 2018 Farm Bill continued to wind its way through the legislative process, with hemp legalization appearing imminent after the bill left the conference committee on Monday and passed the Senate on Tuesday with the language of hemp legalization still intact within the bill.

The bill now only has to pass a final vote in the House of Representatives before heading to President Donald Trump for a signature into law. A vote is expected in the House in the next few days.

Then, on the morning of Dec. 11, the Senate voted to approve the final bill. Senate Majority Leader Mitch McConnell, who was the lawmaker who inserted the hemp amendment into the 2018 Farm Bill, signed it with a pen made from hemp.

Now that it has left the conference committee, the final language of the 2018 Farm Bill is available for analysis. The bill runs a cool 807 pages long, but the section around hemp legalization is relatively succinct, especially given the magnitude of the newly legal industry it would create.

Here are the major takeaways from the 2018 Farm Bill’s language about hemp legalization, under “Subtitle G — Hemp Production”: [Read the full text here]

The Drug-Related Felony Ban: The War on Drugs Survives

This point about people with felonies being barred from the hemp industry garnered the most controversy as congressmembers debated the 2018 Farm Bill.

In an August op-ed in HEMP, attorney Cristina Buccola argued that banning people with drug felonies from participating in the hemp industry was “egregious.”

“The term ‘felony’ and its use in the Hemp Amendment is divisive: It’s employed as a scare tactic to conjure up scenarios of dangerous criminals engaged in nefarious activities, thereby requiring their elimination from the hemp industry and validating the ban itself,” she wrote.

And she also made a crucial point that the felony ban only applies to those found guilty of crimes relating to controlled substances — but not “people convicted of violent felonies (rape, murder, pedophilia) and felonies of moral turpitude (embezzlement, fraud, theft).”

In some states, Buccola argued, drug laws are so conservative that a person could find themselves slapped with a felony for merely possessing any amount of marijuana at all.

“The application of this ban has distinctly discriminatory effects: black, brown and poor Americans are far more likely to receive harsher penalties than their white, wealthier counterparts for the same offenses involving controlled substances,” she concluded. “Under the proposed ban, these groups will also be denied the ability to participate in an industry that is otherwise legal for everyone else but them. It will also close out some of the very people responsible for developing the industrial hemp sector and credited with industrial hemp’s widespread acceptance today. In no uncertain terms, this ban will have a disparate impact on already marginalized groups, and imbue a new industry with racist, classist, and arbitrary barriers to entry.”

However, these are small steps that do not address the concerns that such a rule will encourage the discriminatory policies of the War on Drugs to continue in the federally legal hemp industry.

Before the final text of the bill was released, Rep. James Comer (R-KY)told CQ Now that “neither side got what they wanted” when it came to the ban on people with drug-related felonies.

But drug reform advocates appear to have received a shorter end of the stick, as even a partial ban on people with drug-related felonies starts the hemp industry off with discrimination codified into law.

“At a time when there is overwhelming bipartisan support in Congress for criminal justice reform, it’s unthinkable that this same Congress would take steps to ban returning citizens from benefitting from new job and economic opportunities that legalizing domestic hemp cultivation will open up,” Grant Smith, deputy director of national affairs for the Drug Policy Alliance, told Marijuana Momentin an email. “A felony ban would also be imposed on states that are trying to create opportunities for formerly incarcerated people. The proposed ban would also undermine efforts to make hemp an agricultural commodity by reinforcing the idea that hemp needs to be treated differently than other crops.”