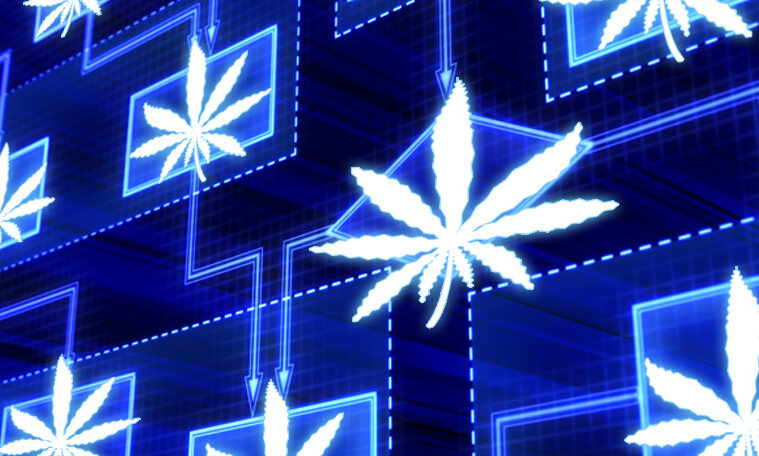 Cryptocurrency millionaires and NFTs put the dark web in the spotlight. It’s murky, and no one seems to understand what the hell is going on in the space, which leads some to believe it’s all a scam — what’s a $30,000 jpeg going to do for you or the world? Logic says nothing. But not all blockchain projects are shady. Some have humanitarian or environmental missions, and the Hemp Blockchain is one of them.

The Hemp Blockchain is Utah-based and aims to mitigate the effects of climate change. Since early 2020, the company has been developing “a blockchain-native supply chain management solution for the industrial hemp industry.” This blockchain technology would ultimately allow businesses to leapfrog over traditional supply-chain approaches in the agriculture sector by harnessing discreet, streamlined technology.

The company plans to utilize blockchain technology by providing hemp farmers with carbon offsets, credits, and cryptocurrency tokens. Carbon-credit NFTs might also be in the works. These NFTs could ultimately serve as a side hustle for farmers by selling the NFTs to businesses, which would give buyers permission to emit a certain amount of carbon dioxide or other greenhouse gases. Farmers would also receive a bonus every time they plant hemp and incorporate artificial intelligence throughout the process.

“We think what we’re offering will become the standard,” says Steve Prosniewski, the COO of The Hemp Blockchain. “Once the seed goes into the ground, we’ll have the capacity to collect data in real-time on different variables—like the weather—and also keep track of how much carbon is being sequestered. We’re following the product all the way.”

The business is finally about to launch its blockchain tech. And it’s planning to include “track and trace” through every stage of production — from seed to the final product — while providing a marketplace for participants to exchange goods and services directly using smart contracts, fiat, crypto, and carbon credits.

The Hemp Blockchain has also partnered with commercial hemp farmers from around the globe to convince communities and leaders that the plant is a viable and sustainable resource for numerous industries. These strategic partnerships are also to show that hemp has the potential to help decrease material waste and pollution and help protect the future of our planet.

While Prosniewski and Daniel Higbee, the Hemp Blockchain’s CEO, won’t say how many farmers they are partnered with, they confirmed their current reach is approximately 75,000 acres worldwide, with footprints in France, China, South America, Africa, Canada, and the United States.

But it hasn’t been all sunshine and daisies for the Hemp Blockchain. Part of the battle is trying to convince people that hemp doesn’t produce THC. While that may seem obvious to some people, particularly those in the West, it’s not common knowledge for those who live in regions where all cannabis is outlawed.

Prosniewski says getting people to understand these key differences between the plants has been one of the company’s biggest challenges. “Many are unsure about hemp and its similarities and differences from marijuana,” he says. “This has been a major point of confusion for people.”

Further, when hemp was federally legalized in the US, the industry essentially fell flat on its face, unlike the much-higher-grossing cannabis industry. “There wasn’t a demand to buy [hemp] products,” says Prosniewski. “The Hemp Blockchain realized that hemp had a lot of potentials and has the ability to do a lot of different things, like serve as a material to make plant-based products and remove carbon from the air. It’s a lot like [the movie] ‘Back to the Future,’ where we’re grabbing a plant that was outlawed for suspect reasons, and we’re using it as a tool we can use now and into the future.”

The Farm Bill is up for revisions in 2023, so regulations are likely to change — hopefully for the better. In the meantime, Higbee hopes to open the company’s first research and development facility in Utah next year and is building relationships with new and existing farmers around the world. “There is a lot of excitement for what we’re trying to accomplish,” he says.

Prosniewski agrees. “We want it so that the farmer is the artist. So far, the farmers we’ve talked to are excited to enter this next phase of our project and want to grow and be more efficient. Eventually, we’ll be able to match a farmer with a processor. If a company needs a certain type of hemp fiber grown, we can create the contract before the seed is even in the ground.”