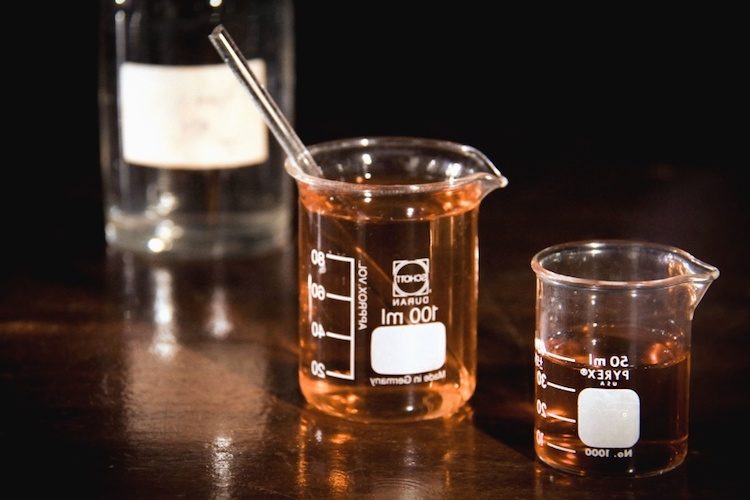 The Upcoming Epidiolex Ruling: What It Means for the Hemp CBD Market

We are on the verge of history, as the U.S. Food and Drug Administration (FDA) is expected to approve the first cannabis-derived pharmaceutical in the U.S. on June 27. Does this mean more options for patients, or could it be the death knell for hemp-derived CBD?

After a unanimous vote of support at an FDA advisory committee in April, and after it was shown to reduce drop seizures by 42 percent, GW Pharmaceutical’s CBD tincture Epidiolex is anticipated to be approved by the FDA as early as June 27.

The Drug Enforcement Administration (DEA) has made it clear that if Epidiolex is approved they will reschedule CBD, but has not clarified which schedule it will become. If the DEA opts to reschedule CBD to just Schedule II, then the entire hemp-derived CBD industry as we know it may cease to exist, and be replaced by plant-derived pharmaceutical drugs.

The Paradox of GW Pharmaceuticals

Founded in 1998 by two doctors, GW Pharmaceuticals (GW) is no stranger to the FDA approval process. Their first cannabis-derived pharmaceutical, Sativex, is a 1:1 ratio of CBD and THC in an oromucosal spray, and entered its FDA Phase II/III study in 2007. Since then, Sativex has stalled in its approval process and GW has pivoted their focus onto Epidiolex, which is pure CBD and has shown increasing promise for treating different kinds of epilepsy. After switching their focus to Epidiolex, GW’s stock has been consistently rising in value, making them a big hit with investors.

Dr. Orrin Devinsky is a neurologist who has done multiple studies with GW Pharmaceuticals and would be “very surprised if [Epidiolex] was not approved.”

One of the paradoxes of GW is that they are legally growing 44 acres of cannabis in the UK, a country where cannabis is completely illegal. What has helped them scale their cultivation up for distribution in more than twenty different countries is a contract with British Sugar, who now grows cannabis for GW instead of the tomatoes that once filled their greenhouses. GW’s connection to British Sugar hasn’t just allowed them to increase their production capacity; it also has given them a connection to the parliament — specifically the Drugs Minister, MP Victoria Atkins. MP Atkins, as it happens, is the wife of Paul Kenward, the general manager of British Sugar. Peter Reynolds, the President of cannabis legalization group Clear UK has called Atkins’ close relationship with GW a “ridiculous conflict of interests.”

What Rescheduling Could Mean for Hemp CBD

The hemp and cannabis industries aren’t just concerned about GW’s close relationship with the British Parliament; they are also concerned about CBD being rescheduled as a result of FDA approval.

In an interview with Leafly journalist Ben Adlin, a DEA spokesperson told him they would “absolutely” reschedule CBD if Epidiolex is approved by the FDA. Adlin’s tweet about the conversation did not make clear what schedule the DEA would move CBD to, but even Schedule V would bring the hemp-derived CBD industry to a standstill, as Schedule V drugs need a doctor’s prescription in almost all states. The only way to save the legal CBD market as we know it would be if CBD were descheduled (removed from the list of Controlled Substances).

The DEA would “absolutely” reschedule CBD if Epidiolex wins FDA approval later this month, a @DEAHQ spokeswoman tells me. “There’s no ifs, ands, or buts about it.”

Across the industry, hemp experts are making their best guess as to what the future will bring. Medical Marijuana, Inc. believes that hemp-derived CBD will get a pass and that only marijuana-derived CBD will be rescheduled, and will thus have no impact on their business. On the other hand, Grow Hemp Colorado (GHC), a hemp industry trade group, is much more concerned. Earlier this year, Colorado passed a bill which legalized the use of FDA-approved CBD, in other words, Epidiolex. GHC’s founder, Veronica Carpio, believes that the bill will “open Pandora’s Box,” allowing the DEA to come after non-FDA approved CBD sources, adding, “Our stakeholders definitely have issues with the GW bill.”

Ben Droz, HEMP’s contributing editor and a federal hemp lobbyist, predicted in the spring, “If Epidiolex is approved by the FDA in late June as is anticipated, the federal government could increase enforcement against CBD companies not approved by the FDA, which is to say, everyone besides GW Pharmaceuticals.” Every state will now need to pass a similar bill in order for Epidiolex to be legal to prescribe, and some, like California, have already begun that process.

Steven Schultz, GW’s Director of Investor Relations, spoke to New Cannabis Ventures last year, responding to the concerns raised by members of the cannabis and hemp industries. Schultz maintains that “GW is not creating a monopoly” and that “none of GW’s work involves opposing ‘medical marijuana’ or ‘CBD access.’”

I recently interviewed a few Oregon-based hemp farmers for an upcoming piece in HEMP’s Issue 4, and got their opinions about the impending FDA decision on Epidiolex. While none were worried about the approval of Epidiolex and all seemed fairly confident that it would not impact their work, one farmer had already received a cease and desist letter from GW.

Three years ago, Trey Willison, the breeder and owner of Eugenius, received a cease and desist letter from GW for a strain he was growing, and they went so far as to threaten lawsuits. A personal friend and patent attorney stressed the gravity of the situation to Willison and, after that interaction, he says that GW “really frightens” him. He mentioned hearing rumors about GW employing lobbyists in 17 states, and “pushing for FDA-approved CBD only,” such as the GW bill which was passed in Colorado and the one currently moving through California’s legislature. Willison predicts that “just like you see Mexico and Canada being havens for older people getting cheap drugs, I expect you will see some states that stay CBD havens.”

Seth Crawford, co-founder of Oregon CBD Seeds, commented that he thinks that industrial hemp can produce all the compounds in GW’s pharmaceuticals, “as long as you have testing for impurities and potency, as well as dosing information, then you can use the nutraceutical option.” For Crawford, the two industries are not mutually exclusive, saying, “I don’t think we should say ‘destroy GW’ and we also shouldn’t destroy hemp, they are two options for patients to use.”

While Dreamland Organics owner and grower David Tracy is not worried about GW and Epidiolex, he is “worried about pharmaceuticals in general.” Despite his concerns, Tracy is okay with corporations getting involved, “as long as it isn’t prohibited for us to keep making our organic CBD products.”

Mason Walker, CEO of East Fork Cultivars, said that he thinks Epidiolex will be the first phyto-cannabinoid approved drug in America.  Walker predicted that when it comes to rescheduling, the federal government “will likely break it down by the molecule and reschedule specific molecules, such as CBD but not THC.” Walker was clear that “rescheduling would be much worse than descheduling,” because if just CBD is rescheduled, then “cannabis will go from being a very heavily regulated supplement” to an industry where “pharma could get broad utility patents and sue operators in adult-use states for infringing on their patents.”

A Former FDA Attorney Has Some Reservations

Jonathan Havens, an associate attorney with Saul Ewing Arnstein & Lehr and a former attorney at the FDA, told HEMP that “All signs point to GW getting their approval.”

As for Schultz’ claims that GW doesn’t want a monopoly, Havens says, “GW can say all they want right now but they don’t have an approval in their pocket yet.” He wondered about what will happen to over the counter CBD products once they do get it, but he generally isn’t that concerned about FDA enforcement.

“CBD is currently sold at tobacco stores, headshops, gas stations — it’s out there all over,” says Havens, “If the FDA was going to go after someone for selling CBD I think they already would be doing it.” What has happened is non-FDA enforcement, such as Tennessee’s Operation Candy Crush, and Havens thinks that “local or state-based enforcement will continue against CBD companies, but it will be sporadic.” Havens offered a word of caution to those operating in the current uncertain climate, saying, “People mistake a lack of enforcement or sporadic enforcement as legality, and that is not the case.”

In the end, Havens did offer some very good news to the hemp-derived CBD industry. “I don’t think the DEA will take this opportunity to reschedule CBD broadly,” Havens said. “I think that they will add Epidiolex as Schedule 4.” His reasoning is that when the DEA receives a letter from the FDA about rescheduling, it “will say Epidiolex, not CBD, so the easiest thing for the DEA to do is to schedule Epidiolex.” While it may begin as a limited rescheduling, Havens did bring up the chance that, “maybe down the road they will consider rescheduling CBD.”