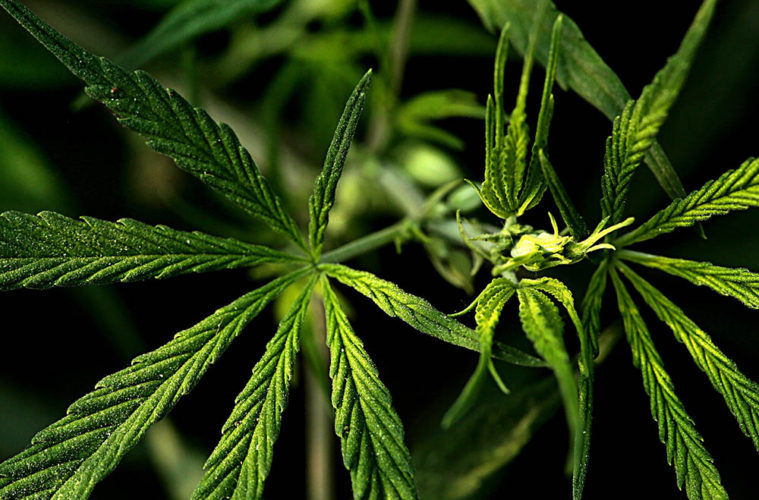 How Hemp Is Preparing Us for a Better World

One company is using data and precision research to drive environmental sustainability efforts based around the hemp plant.

This post is sponsored by Hemp Black. Thank you for supporting the businesses that have partnered with HEMP.

With the legalization of industrial hemp in the 2018 Farm Bill, farmers and manufacturers across the country are now evaluating the crop’s economic opportunities. It’s clear that the future of the hemp industry shows great promise — and businesses are eager to take advantage. But some companies, including hemp technology developer Hemp Black, see an even larger role for the plant, that includes helping to secure a more sustainable tomorrow.

“We not your typical hemp company,” Sunderland says. “We’re a hemp technology company.”

From the beginning, sustainability has been one of the core values of Hemp Black. And while hemp has been widely touted as a crop to help create a more sustainable future, there’s been little research to document those claims.

“We knew that there was a problem with identifying sustainability measures in hemp, even though there was a lot of discussion in the industry about how sustainable hemp is,” says Sunderland. “We really wanted to focus on that with some level of detail and data.”

“We knew that there was a problem with identifying sustainability measures in hemp, even though there was a lot of discussion in the industry about how sustainable hemp is.”

To that end, one of the first employees hired at Hemp Black was Michael Savarie, who serves as the company’s sustainability enterprise catalyst. Once onboard, he began researching the advantages of hemp that make it an attractive option to help combat climate change and other environmental woes. Savarie, whose work helped him since earn his master’s degree in sustainable design, has compiled data on the carbon footprint and factors such as water and agricultural chemical usage for not only hemp but other fibers as well, particularly cotton.

“My role from the beginning was to create the documented proof that would accurately tell the story of why hemp is as sustainable as it is,” says Savarie.

As the company’s sustainability enterprise catalyst, Savarie also looked inward “to develop the social and environmental practices to ensure that everything we do at Hemp Black, whether it be our designs, our purchasing policies, or even the pens we use, are all following our mission of being a socially and environmentally responsible business.”

Savarie believes that hemp can secure its place in a sustainable future because of the several attributes inherent to the plant. First and foremost are all of the niches that the crop can fill in humanity’s quest for useful plants.

Hemp is “one of the most versatile plants in the world because of the thousands of uses it has,” he says, including a high-protein food source, cooking oil, paper products, building materials, composites for auto parts, as well as the traditional uses for fibers and fabrics. While many farmers are planting hemp varieties that maximize the production of CBD and other cannabinoids, strains suitable for more traditional uses of the crop are expected to gain in popularity with growers as well.

Savarie says that to better understand the potential benefits of hemp, comparing its attributes to cotton can be helpful. Cotton is the most popular natural fiber produced worldwide, but its popularity comes with a price. The cultivation of cotton takes up roughly 3 percent of the arable farmland in the world, but accounts for up to 25 percent of the agricultural chemicals used, according to data compiled by Savarie. Cotton is also a water-intensive crop and has a six month growing cycle, making it the longest of any crop.

By contrast, hemp is harvestable in three months and is not dependent on chemical fertilizers, herbicides, pesticides, and the like. Because some varieties of hemp grown for fiber can quickly shoot up to 15 feet tall, they can successfully out compete weeds for sunlight and other resources, making weed killers largely unnecessary. Hemp’s water requirements are also one-third of cotton’s water need, making it possible to grow the crop with little or no irrigation in many areas.

Increasing hemp production can also have benefits that could help to mitigate some of the negative effects on the planet caused by human activity.

Increasing hemp production can also have benefits that could help to mitigate some of the negative effects on the planet caused by human activity. An example of this can be seen in the large amounts of carbon dioxide sequestered by the plant, and can even regenerate farmland through soil remediation and the nutrients it returns back into the soil.

Savarie says the versatility of hemp, coupled with its benefits for the Earth, make it an ideal resource for a sustainable future.

The “limitless possibilities” of hemp are continuing to be discovered by companies like Hemp Black and others every day. With continued research and technological developments, “hemp could change the world,” Savarie says.

“As soon as we have the education and the research out available to the world, there will be no stopping hemp.”