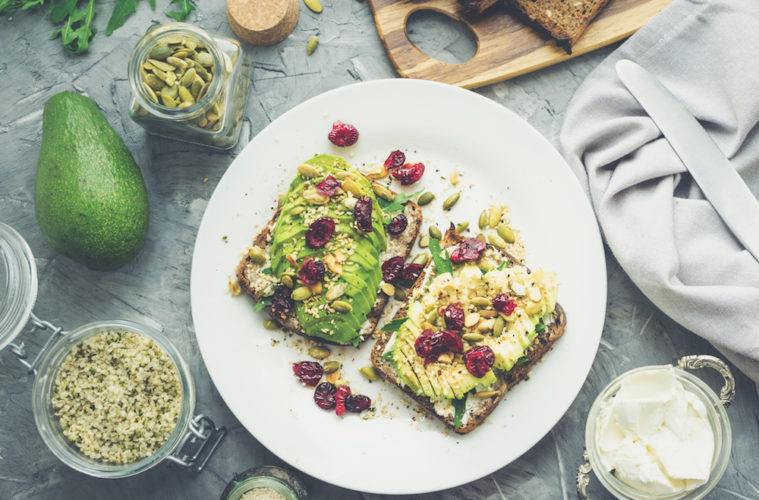 While CBD is gathering the hemp industry’s largest market (and acreage) share in the U.S., hemp foods are quietly experiencing rapid growth, with Canada leading the way.

As dietary preferences change and consumers become more health conscious, hemp’s versatility and nutritional benefits are driving growth as producers of hemp-based foods look to claim a portion of the estimated $800 million hemp-based product industry in the U.S.

While a 2017 congressional report states that no estimates on hemp agriculture are official, the Hemp Business Journal estimates that U.S. hemp food sales comprise 17 percent ($137 million) of the $820 million hemp-based product sales for 2017. Compare this figure to estimates from the Hemp Industries Association — which reported that in 2015, hemp food sales comprised 16 percent ($89.5 million) of the $573 million hemp market — and it appears the industry is burgeoning.

Canada has a head start on the U.S. hemp foods industry, with commercial licenses for growing hemp allowed beginning in 1998. Despite the rapid expansion of hemp acreage in the U.S. over the past four years, most hemp destined to be used as a foodstuff is still imported, with Canada the number one source of hemp seed and oilcake imports to the U.S., according to the 2017 congressional report on hemp agriculture.

“Hemp is a tremendous replacement for soy and corn. We cannot survive with just two crops. Hemp will be the next commodity crop. I have no doubt.” – Chad Rosen

One of the first companies to capitalize on Canada’s legalization of hemp foods was the Winnipeg-based Manitoba Harvest.

“Canada is generally further ahead of most countries,” says Manitoba Harvest CEO Bill Chiasson. “Over 20 years ago, we began working with the Canadian regulatory agencies to help them understand the benefits of hemp, and ‘demystify’ hemp. It is also clear that many other nations are looking at what has been done in Canada, and they are starting to change their regulations as well.”

Chiasson says that Manitoba Harvest has seen consistent 20 percent growth every year for the past five years. He attributes this to consumers eating more nutritious products in general.

“Shoppers are beginning to become educated on hemp and discovering new delicious applications to add some nutrition to meals,” he says. “We’ve seen a spike in incorporating and adding hemp to simple meals and using it as plant-based protein options.

Chad Rosen, the founder of Victory Hemp Foods in Campbellsburg, Kentucky, says the biggest challenges to expanding the U.S.-sourced industry are genetics and education. Without consistent research, farmers don’t have access to the information needed to grow their best crop, which leads to inconsistency.

“Most commodity crops have enjoyed decades and decades of research,” says Rosen. To him, hemp farmers need this same education to produce consistent products. Lack of genetic research coupled with the fact that some states only allow farmers to grow very small acreage leads to a situation that is not cost effective for the farmer or the hemp food producer. The current situation, says Rosen, is “like giving a 16-year-old a car but not the keys.”

While Rosen sees growing pains, he also sees a bigger picture for hemp-based foods that means more than sprinkling hemp seeds on a salad. “What we need to do as an industry is to incorporate hemp foods into other formats in the market.”

Both Chiasson and Rosen use the term “laser-focused” when discussing the need for ongoing education about the benefits of hemp-based foods.