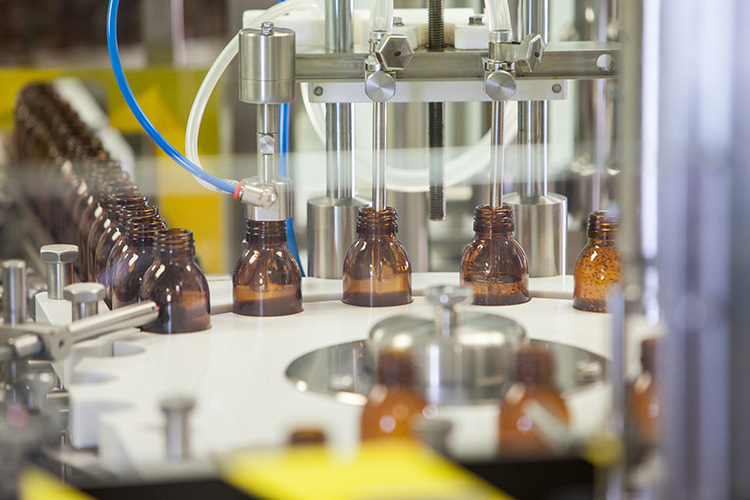 The approval of Epidiolex, a marijuana-derived CBD drug from GW Pharmaceuticals, will have ramifications throughout the hemp and medical marijuana markets.

On Monday, June 25, the U.S. Food and Drug Administration announced that it has approved the cannabidiol (CBD) anti-seizure medicine Epidiolex. The move marks the first time a medicine obtained directly from cannabis plants has been approved for use in the United States. The FDA has approved medications with synthetic cannabinoids in the past, but until now has not given the nod to drugs with actual botanical extractions.

Justin Gover is the CEO of GW Pharmaceuticals, the U.K.-based company that manufactures the drug from a low-THC, high-CBD strain of cannabis. He said in a release that the FDA’s decision is revolutionary.

“Today’s approval of Epidiolex is a historic milestone, offering patients and their families the first and only FDA-approved CBD medicine to treat two severe, childhood-onset epilepsies,” said Gover. “This approval is the culmination of GW’s many years of partnership with patients, their families, and physicians in the epilepsy community to develop a much needed, novel medicine. These patients deserve and will soon have access to a cannabinoid medicine that has been thoroughly studied in clinical trials, manufactured to assure quality and consistency, and available by prescription under a physician’s care.”

GW Pharmaceuticals plans to have Epidiolex available in the U.S. for patients once the DEA reschedules CBD, which is expected within 90 days.

The FDA approved the drug to reduce seizures in patients with two serious forms of epilepsy: Dravet syndrome and Lennox-Gastaut syndrome (LGS). The rare conditions can cause up to hundreds of seizures per day.

Elizabeth Thiele, M.D., the director of the pediatric epilepsy program at Massachusetts General Hospital and a professor of neurology at Harvard Medical School, was a lead investigator in clinical trials for Epidiolex. She said that the drug will be a new alternative for the treatment of the conditions, which often do not respond well to traditional epilepsy treatments.

“LGS and Dravet syndrome are two of the most severe and difficult-to-treat forms of childhood-onset epilepsy. These children and their families face a long and challenging road and very few achieve adequate seizure control,” Thiele said. “Based on numerous clinical trials, this medication may help meet the need for this specific pediatric patient population and is now the first to be approved by the FDA in Dravet syndrome.”

Stephen Schultz, the vice president of investor relations for GW Pharmaceuticals, told HEMP that the company is also exploring the potential for Epidiolex to treat other medical conditions that cause seizures for patients interested in a proven cannabinoid medication.

“This is the first time a CBD-based medicine has gone through the very rigorous testing associated with the FDA process and receive FDA approval. We believe that there is significant interest and demand from patients and physicians for an FDA approved medicine to control their seizures. It’s important to stay focused on the heart of the matter here, which is patient need.”

FDA Commissioner Scott Gottlieb, M.D. noted that other cannabis-based medications could be on the horizon if more companies are willing to go through the costly and time-consuming process of approval.

“This approval serves as a reminder that advancing sound development programs that properly evaluate active ingredients contained in marijuana can lead to important medical therapies,” he said. “And, the FDA is committed to this kind of careful scientific research and drug development.”

Gottlieb also reiterated that the FDA would continue to crack down on companies marketing CBD oil with false and unproven claims. “We are prepared to take action when we see the illegal marketing of CBD-containing products with serious, unproven medical claims,” he said in a press release. “Marketing unapproved products, with uncertain dosages and formulations can keep patients from accessing appropriate, recognized therapies to treat serious and even fatal diseases.”

Schultz also said that GW will also seek FDA approval for its other cannabis-based medicine, Sativex, which has both CBD and THC as active ingredients. The drug has been approved for the treatment of spasticity in multiple sclerosis patients in 30 European and Middle Eastern countries.
“It is a top priority for us to connect with the FDA and find out what is necessary for us from a clinical standpoint to be able to submit a new drug application for that product in the United States,” Schultz said.

In 2016 and 2017, the FDA sent warning letters to a handful of CBD companies, informing them that they needed to stop marketing their products using unproven claims.

It is unlikely that the FDA will move to shut down CBD companies marketing their products as health supplements, according to the Hemp Roundtable, an industry lobbying group, who reviewed the FDA’s decision with legal counsel.

“The Roundtable applauds the FDA’s efforts to target bad actors in the industry who undermine legitimate hemp-derived products by making unproven claims,” the Hemp Roundtable wrote in a press release.

“Hemp-derived CBD was marketed as a food or dietary supplement prior to the institution of substantial clinical investigation of Epidiolex that was made public by GW Pharmaceuticals, and even prior to the date on which FDA authorized the article for investigation as a drug,” the Roundtable continued. “This would mean that dietary supplement versions of hemp-derived CBD would be permissible.”