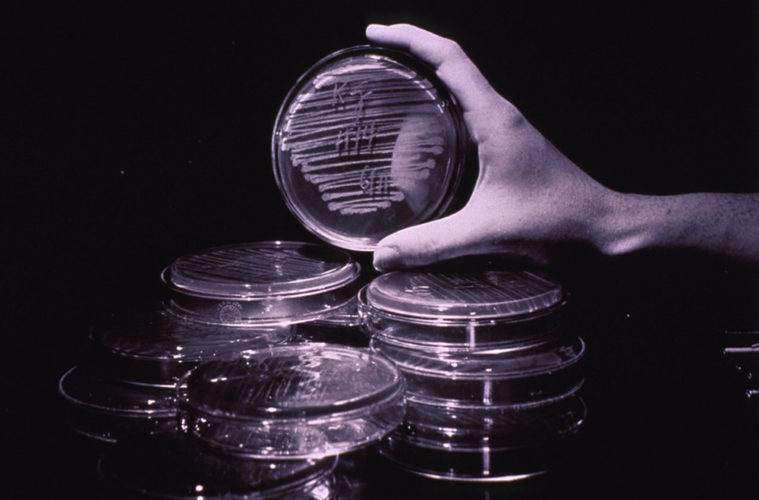 CBD Shows Promise as an Antibiotic

Researchers in Australia announced on June 24 that they have determined that cannabidiol shows promise as an antibiotic and may even be effective against drug-resistant strains of bacteria.

In a study conducted at The University of Queensland’s Institute for Molecular Bioscience’s Centre for Superbug Solutions in Brisbane, researchers found that CBD killed all the strains of bacteria tested in the lab, including some that have become resistant to other antibiotics.

The research focused on a class of pathogens known as “Gram-positive bacteria,” including Staphylococcus aureus, which can cause infections including MRSA, and the pneumonia-causing germ Streptococcus pneumoniae. Results of the study were presented in San Francisco on Monday at the annual conference of the American Society of Microbiology (ASM), but have not yet been published in a peer-reviewed journal.

The study was conducted in collaboration with Botanix Pharmaceuticals Ltd., a drug company that is investigating the potential uses of synthetic cannabidiol for a range of skin conditions. Botanix also helped fund the study.

The ASM said in a press release that CBD was “remarkably effective” as an antibiotic and could eventually lead to new drugs to treat infections in humans.

“Given cannabidiol’s documented anti-inflammatory effects, existing safety data in humans, and potential for varied delivery routes, it is a promising new antibiotic worth further investigation,” said lead researcher of the study Dr. Mark Blaskovich in the release. “The combination of inherent antimicrobial activity and potential to reduce damage caused by the inflammatory response to infections is particularly attractive.”

Blaskovich said that the team hadn’t yet discovered what made CBD so effective at fighting infections in a laboratory setting.

Although CBD appeared to be an effective antibiotic in this study, the practical applications of the research remain to be seen.

“So far, we have only shown it works topically, on the skin surface,” said Blaskovich. “To be really useful, it would be good if we could show that it treated systemic infections, e.g. pneumonia, or complicated tissue infections, where you have to give it orally or by intravenous dosing. A very preliminary study didn’t show that it works in these more difficult models.”

Home Remedies for Infection Not Advised

“It would be very dangerous to try to treat a serious infection with cannabidiol instead of one of the tried and tested antibiotics,” he stressed.

Dr. Andrew Edwards, a non-clinical Lecturer in Molecular Microbiology at Imperial College London who was not involved in the study, warned that the research is preliminary and noted that CBD appeared to only be useful fighting Gram-positive strains of bacteria.

“It would be very dangerous to try to treat a serious infection with cannabidiol instead of one of the tried and tested antibiotics.”

“It is not effective against Gram-negative bacteria, which are especially difficult to develop new antibiotics for because they have a very selective outer-membrane that prevents most drugs from entering the bacterial cell,” Edwards said.

John W. Huemoeller II, the CEO of Axim Biotechnologies, told HEMP that his firm is already pursuing the antibiotic applications of cannabidiol.

“Axim has been using CBD from the beginning because of its strong anti-inflammatory and antibiotic properties,” said Huemoeller, whose firm is developing oral hygiene products that take advantage of the ability of cannabidiol to fight bacteria.

“Axim chose to develop the line, including toothpaste and mouthwash, with CBD to utilize that antibiotic property, amongst other benefits, to aid in the treatment of symptoms associated with gum disease,” he continued. “In the future, I see CBD being used more heavily for its antibiotic properties as it currently is for its anti-inflammatory properties.”

LET US KNOW: Do you think CBD should be studied more?