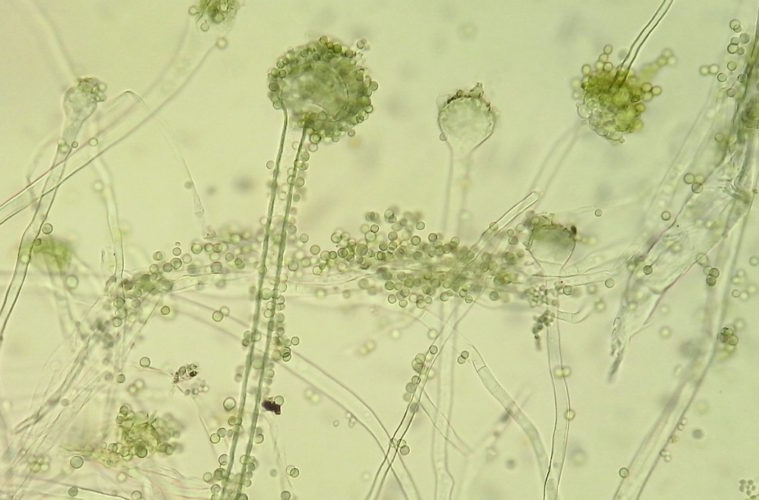 Biotech Firms Are Growing Cannabinoids Like CBD With Yeast & Bacteria

Just as the legalization of hemp agriculture with the passage of the 2018 Farm Bill is leading farmers across the United States to consider the crop, scientists around the globe are beginning to create cannabinoids without growing a single plant. By genetically modifying yeast or bacteria, the microorganisms can be made to produce cannabinoids instead of alcohol. Feeding only on sugar, yeasts and bacteria have the potential to enable the production of vast amounts of CBD, THC, and other cannabinoids more cheaply and with a smaller carbon footprint than traditional hemp and cannabis cultivation.

Jay Keasling, a UC Berkeley professor of chemical and biomolecular engineering and of bioengineering and a faculty researcher at the Lawrence Berkeley National Laboratory, is a pioneer in the field. He and a team of scientists recently announced that they had developed a yeast that would produce CBGA, the “stem cell” molecule for many other cannabinoids. By using different enzymes with the yeast, the CBGA can be converted to CBDA and THCA.

“For the consumer, the benefits are high-quality, low-cost CBD and THC: you get exactly what you want from yeast,” said Keasling in Science Daily. “It is a safer, more environmentally friendly way to produce cannabinoids.”

Yeasts as Biologic Factories for Cannabinoids

For years, yeasts have been used to synthesize pharmaceuticals including insulin and antimalarial drugs, as well as scents and flavorings for cosmetics and foods. Keasling said that the therapeutic effects of hemp extracts inspired him to adapt the process to produce cannabinoids.

“It was an interesting scientific challenge,” he said. “But when you read about cases of patients who have seizures and are helped by CBD, especially children, you realize there is some value in these molecules, and that producing cannabinoids in yeast could really be great.”

The process Keisling developed was patented by UC Berkeley and subsequently licensed to him. He then founded the company Demetrix Inc., which is working to commercialize cannabinoid production. But he’s not alone in his work to create cannabinoids with microorganisms.

Just this month, the German company named Farmako announced that it had applied to patent a process using glucose to synthesize cannabinoids with a modified bacterium used to produce tequila, and the Southern California synthetic biology company Librede said that it had received a U.S. patent to produce THCA with yeast. Dr. Jason Poulos, the CEO of Librede, said in a press release that that the technique can be used to produce cannabinoids more sustainably.

“Natural products have been and will continue to be a source of valuable therapeutics. Nature is the source, but it is not a sustainable factory,” said Poulos. “Large scale agricultural production of low abundant chemicals can have negative effects on the environment. Instead of using natural resources to grow massive fields of cannabis to make cannabinoids, fermentation offers us a sustainable solution. The future of cannabinoid production is coming into focus, and it’s looking more and more like a brewery.”

Poulos told HEMP that the company also has patents for processes to synthesize CBD and CBG and is currently developing “cellular agriculture” methods to produce the cannabinoids in commercial quantities. The company has already struck a deal with Randy’s Club, a CBD products manufacturer, to provide CBG for a new line of topicals.

Tyler Strause, the founder of Randy’s Club, said in a phone interview that many minor cannabinoids are only produced in minute quantities by hemp and cannabis plants.

“With some of these other rare cannabinoids, there’s just not enough commercial quantity to provide anything other than a very small niche market,” Strause said. “That’s really the big excitement about this, the ability to produce minor cannabinoids at a scale that actually enables real commercialization.”

While Strause admits that new techniques such as yeast synthesis have the potential to revolutionize the commercial production of cannabinoids, he still sees a place for hemp farmers. The crop will still be valuable for its other commodities including seed and fiber, and Strause says that his company is still planning to use whole-plant hemp extracts fortified with synthesized CBG.

“Our approach is that we’re planning on using CBG as an ingredient in our existing products line,” he said. “So, it will absolutely be a combination of whole-plant CBD-rich extracts and CBG as an additive to augment or enhance the effectiveness of our formulation.”

LET US KNOW: Do you think cannabinoids should be grown with yeast?