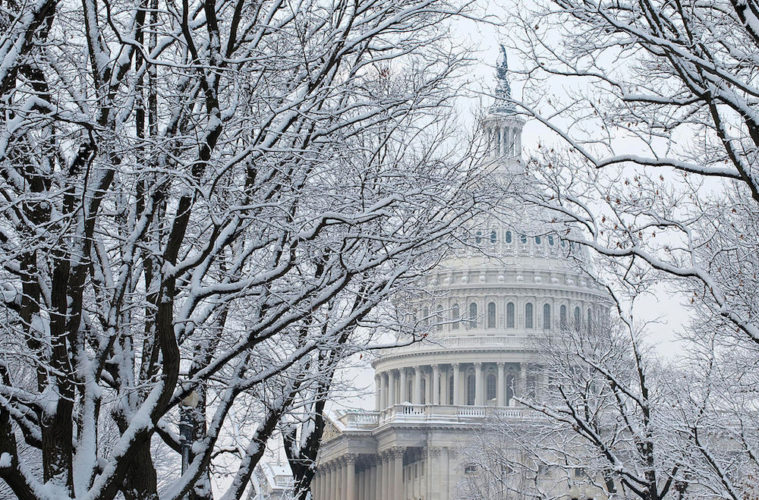 Since President Donald Trump signed the 2018 Farm Bill, which removed hemp-derived CBD from the Controlled Substances List, state governments have been without clear legal guidelines for how to regulate the cannabinoid.

The effort was led by Rep. Chellie Pingree, a Democrat from Maine, and made public by her in a press release on Tuesday. The letter asked Gottlieb for his prompt attention to the matter, requesting a response from him by Friday, February 22.

In the letter, the dozen members of Congress noted that a lack of guidance from the FDA has led to confusion and uneven enforcement at the state level.

“The New York Times reported that the New York City Department of Health instituted a ban on food products containing CBD,” the letter reads. “Officials in other states, including Maine and Ohio, have also recently taken enforcement actions related to food products containing CBD. These actions have spurred a tremendous amount of confusion among product manufacturers, hemp farmers, and consumers of these products.”

“These actions have spurred a tremendous amount of confusion among product manufacturers, hemp farmers, and consumers of these products.”

-Rep. Chellie Pingree & others in letter to FDA

Earlier this month, the New York City Health Department announced that foods and beverages containing CBD would not be permitted and some restaurants had products containing cannabidiol embargoed by inspectors. The health department’s policy was clarified by a spokeswoman on February 5.

“Restaurants in New York City are not permitted to add anything to food or drink that is not approved as safe to eat,” the spokeswoman said. “The Health Department takes seriously its responsibility to protect New Yorkers’ health. Until cannabidiol (CBD) is deemed safe as a food additive, the Department is ordering restaurants not to offer products containing CBD.”

Although some enforcement action had already been taken, the department reversed course last week and announced that the ban would not go into effect until July. Regulators in other states, including California and Ohio, have also banned sales of products containing CBD from hemp.

An alert from the NYC Hospitality Alliance, which noted that member businesses had requested information on CBD, said that the city’s approach to CBD was unreasonable.

“This aggressive enforcement is another example of New York City’s regulatory approach: issue fines first, and educate last,” reads the online notice. “Issuing a violation for using CBD in food and drink is especially ironic to happen when New York is seriously considering legalizing marijuana.  Enough is enough.  The city must stop finding ways to fine our city’s small businesses.”

The letter from Pingree and her colleagues in Congress called on the agency to take the lead on the issue.

“In light of the aforementioned state enforcement actions and the resulting confusion, we are calling on FDA to swiftly provide guidance on lawful pathways for food products containing hemp-derived CBD in interstate commerce. We are looking for immediate leadership from the Federal Government to eliminate confusion around this issue.”

Specifically, the letter asked for answers to two questions from the legislators:

Gottlieb was asked to respond to the questions by February 22.

Pingree, a member of the House Appropriations Subcommittee, plans to question Gottlieb when he is expected to appear before the committee this week. A spokesman for the FDA told Hemp Industry Dailyon Tuesday that the agency would not comment on the letter, preferring to respond to members of Congress first, although he did not say if the response would be ready by Friday.