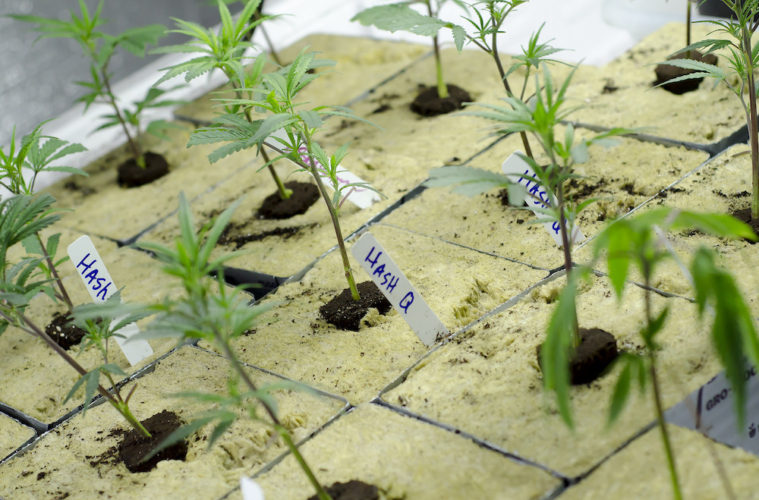 A Colorado company is giving hemp growers and other farmers a way to increase their plants’ nutrient uptake without adding more fertilizers to the growing medium.

Mammoth P by Mammoth Microbes, a biological stimulant produced by Growcentia in Fort Collins, Colorado, provides a mix of active microbes that make phosphorous more readily available to plants. According to Gregg Steinberg, the CEO of Growcentia, this boost in nutrient uptake can maximize the health of plants through all stages of growth and result in increased yields and improved cannabinoid and terpene profiles.

Their research resulted in patented technology to identify, produce, and apply a consortium of microbes that unlock nutrients that are chemically bound in forms that plants are not able to use. Once these microbes and the enzymes they produce liberate the nutrients bound in the soil or hydroponic solution, they can be taken up by the roots and used in the plants’ biological processes.

Mammoth P, the company’s first product, was first marketed to Colorado’s hemp and cannabis growers in 2015 and is now available across the country and internationally. It is listed by the Organic Materials Review Institute (OMRI) for use in certified organic farms and is also suitable for application with conventional chemical fertilizers.

Steinberg says that the company has conducted extensive research on the performance of Mammoth P that shows a 16 percent increase in cannabis bud yield on plants with stems that are 6 percent stronger. The company has also researched how its various technologies and formulations work on other crops with results including an increase in production of 20 percent for tomatoes and 16 percent for hops.

Josh Turner of Yellowhammer Genetics in Oregon’s Rogue Valley uses Mammoth P for his organic hemp operation. He said that he has conducted field tests on the product and that it is “absolutely” worth the money he spends. The hemp plants grown with the microbes yield on average a half-pound more trimmed flower per plant in his trials. Turner likes how Mammoth P performs in use, noting that it does not cause any issues with the irrigation system like some organic nutrients. With Mammoth Microbes, Turner says that he sees increased cannabinoid production, terpene levels, and total biomass.

Marc Brannigan is the CEO and a co-founder of ColoradoCBDseed, a company that produces smokable hemp flowers and seeds, clones, and seed starts to other growers during the planting season. The company’s organically grown operation encompasses 1,000 acres of outdoor fields and 50,000 square feet of greenhouse space. Brannigan told HEMP that ColoradoCBDseed has been using Mammoth P for about two years. To verify the product’s effectiveness, the firm ran a test on 2,000 hemp plants, growing half with Mammoth Microbes and half without.

“It was clear that plants with the Mammoth grew bigger and grew faster than the control plants,” Brannigan said.

He said that in addition to the increase in yield, the plants grown with the microbial supplement had better terpene production. Brannigan appreciates the fact that Mammoth P is certified by OMRI, noting that organic nutrients can be pricey. The three-year-old company applies the microbes about once per week throughout the growing season.

“I know that I’m getting my money out of it because when you’re trying to produce more terpenes, which are extremely valuable, there’s a clear difference,” Brannigan said.

The research at Growcentia continues. The company is currently developing microbial biological stimulants that improve plant uptakes of the other two major plant nutrients, nitrogen and potassium.