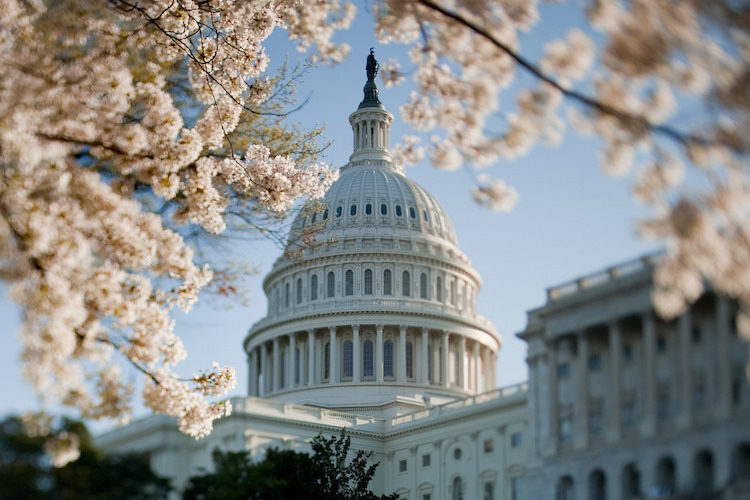 Today marks an historic day for hemp activism, as the most promising bill yet for full hemp legalization was introduced to the floor of the Senate.

Senate Majority Leader Mitch McConnell (R-KY) was joined by two of his colleagues from across the aisle to introduce the Hemp Farming Act of 2018 on Thursday, April 12.

Sen. Ron Wyden and Sen. Jeff Merkley, both Democrats from Oregon, are co-sponsors of the legislation. Rep. James Comer, another Republican from Kentucky, plans to introduce a companion measure in the House of Representatives.

If passed, the bill would clearly define hemp as an agricultural commodity and remove it from the list of federally controlled substances. The act allows the individual states to regulate hemp farming as they see fit. It also would de-schedule derivates of the hemp plant, so long as they remained below the legal THC threshold of 0.3 percent.

The Hemp Farming Act also would enable farmers to obtain crop insurance and make hemp researchers eligible for grants from the U.S. Department of Agriculture.

Sen. McConnell said that many of his constituents have sought his help in overturning federal hemp prohibitions.

“During the recent state work period, I talked to a number of farmers, manufacturers, and small business owners who expressed enthusiasm for hemp’s potential, and I was proud to stand with Kentucky’s Agriculture Commissioner Ryan Quarles to announce the impending introduction of this bill,” he said in a release.

“Today, with my colleagues, I am proud to introduce the bipartisan Hemp Farming Act of 2018, which will build upon the success of the hemp pilot programs and spur innovation and growth within the industry. By legalizing hemp and empowering states to conduct their own oversight plans, we can give the hemp industry the tools necessary to create jobs and new opportunities for farmers and manufacturers around the county,” he continued.

Jonathan Miller, general counsel for the industry association U.S. Hemp Roundtable, said in an email that he was optimistic in the bill’s passage.

“I am confident that a significant number of Members of Congress from both parties that had supported Comer’s earlier H.R. 3530 will jump on as co-sponsors soon,” he wrote.

Bruce Perlowin, the CEO of Hemp Inc. in Spring Hope, North Carolina, told HEMP that the bill would be nothing less than revolutionary.

“It will send shockwaves through the farming and agriculture community of America,” he said. “This will be a shot across the United States’ bow where every farmer will sit up and take notice.”

“This will be a shot across the United States’ bow where every farmer will sit up and take notice.” — Bruce Perlowin, Hemp Inc. CEO

Perlowin added that the act sends a clear message to U.S. farmers that they should get started planting hemp — “as much as you want,” he said.

The 2014 Farm Bill allowed for some hemp agriculture, but only under the auspices of state-run pilot research programs. Senators McConnell, Wyden and Merkley collaborated on that legislation, as well.

Perlowin says Hemp Inc. recently completed construction on a $20 million hemp processing mill that he claims is North America’s largest. To supply the mill, the company partners with independent farmers as well as planting its own fields. Even before the new bill was announced, he had big hopes for hemp agriculture in the Tarheel State for 2018.

The full language of the Hemp Farming Act of 2018 is available to read here.