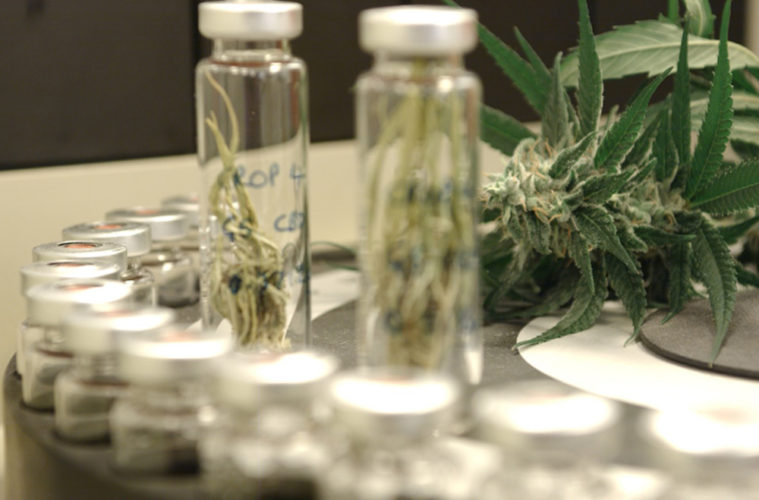 DEA Puts Epidiolex in Schedule V, After FDA Says CBD Should Be Descheduled

The much-anticipated ruling from the DEA left CBD, the active ingredient in the newly approved Epidiolex medication, on Schedule I. Now it turns out that even an agency in the U.S. government disagrees with the ruling.

Last week, the DEA classified Epidiolex, the first medicine derived directly from cannabis to be approved by the FDA, as a Schedule V drug by the DEA. The action sets the stage for physicians to begin prescribing the cannabidiol-based drug for their patients. Epidiolex, made by British firm GW Pharmaceuticals, was approved by the FDA in June as a treatment for Lennox-Gastaut syndrome and Dravet syndrome, two rare and severe forms of epilepsy.

Dr. George Anastassov, the CEO of drug company Axim Biotechnologies, told HEMP via email that the rescheduling of Epidiolex is a milestone in the medicinal use of CBD.

“Today’s news is an important step for the pharmaceutical cannabinoid industry,” Annastassov said. “It signifies an understanding on behalf of the regulatory agencies in the United States, such as the FDA and DEA, that cannabidiol (CBD) has therapeutic potential and a very low potential for abuse and misuse.”

But he also pointed out that the ruling does not reschedule hemp or CBD.

“However, this applies only to Epidiolex, i.e. to the molecule contained within this particular formulation,” continued Anastassov. “Otherwise, CBD still remains as a Schedule I controlled substance and the current classification is non-applicable to the rest of the products available on the market.”

Four days after Epidiolex was rescheduled, Marijuana Moment broke the news that an internal letter from the FDA to the DEA, sent this past May, urged the DEA to consider removing CBD completely from the list of controlled substances.

This internal debate within the federal government ended with the DEA moving Epidiolex to Schedule V and refusing to touch CBD.

Tyler Strause, the CEO of Randy’s Club, a producer and retailer of hemp CBD topicals and tinctures, says he sees the rescheduling of Epidiolex as a positive step, but believes it could actually slow progress for the development of other hemp products.

“Fundamentally, the goal is de-scheduling,” Strause told HEMP in a telephone interview. “And it’s easier to fight for that when the government takes a ridiculous position against it. With the approval of Epidiolex and the rescheduling of the constituents in that product to Schedule 5, it doesn’t change the status of cannabis the plant, it doesn’t change the status of the cannabinoids directly derived from the plant. It creates a very narrow exception for a single, branded product formulation which may make it easier for highly similar product formulations to make it down that same regulatory pathway to FDA approval. But it doesn’t really do anything to free the plant more generally.”

However, if hemp agriculture and commerce are legalized in the 2018 Farm Bill later this year as expected, CBD from hemp could gain an advantage over products like Epidiolex made from marijuana. Strause noted that the restrictions on the amount of THC products can have differences based on the source of the cannabinoids used in the formulation.

Strause also noted that the rescheduling of Epidiolex leaves in place the risks associated with producing or using other CBD products.

“Moving it from Schedule I to Schedule V doesn’t remove the criminality, it just increases the access for people who can get a prescription and can afford $32,500 a year,” Strause said. “Hopefully, some insurance companies will pay for it, but the talk of off-label use means that only people that can afford to pay outright for a prescription will be able to use it. But people who can’t afford it will still be forced to use unregulated products that are currently being sold and periodically enforced against in some states. It’s a bit of a quagmire out there when it comes to CBD, hemp, and everything else.”

One thing seems clear, however: Epidiolex won’t be the last cannabinoid medication to be approved by the FDA. GW Pharmaceuticals is already making plans to seek approval from the FDA for its other product, Sativex. The oral spray contains THC and CBD in equal parts and is already approved for use in more than 30 countries as a treatment for pain and spasticity from multiple sclerosis.