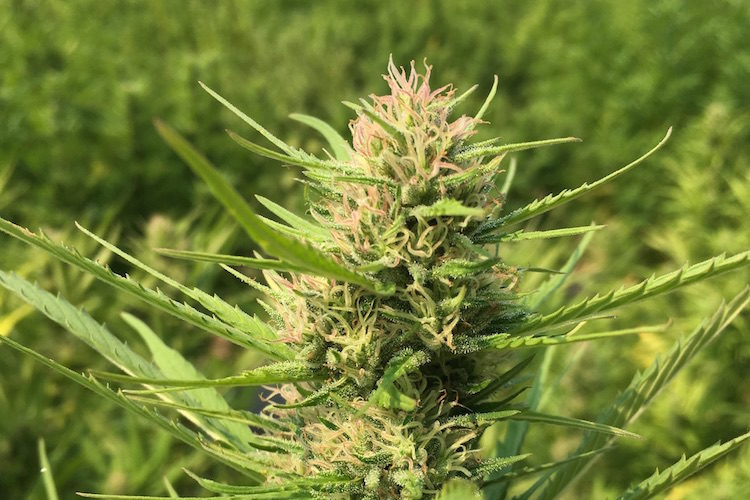 Why Cannabigerol, or CBG, Could Be the Next Lucrative Cannabinoid

While the hemp-derived cannabinoid market is currently focused on breeding CBD-rich plants, some growers are already looking toward a future filled with demand for other cannabinoids — especially CBG.

Until 2009, all anyone cared about in cannabis was THC and hemp found itself relegated for use only in food and t-shirts. In that year, a partnership between Project CBD, Harborside, and Steep Hill Lab introduced the cannabinoid cannabidiol (CBD) to the world — and a race toward exploring the benefits of other cannabinoids besides THC began. It appears that the next major cannabinoid that hemp farmers think can spark widespread demand is cannabigerol (CBG), which has been referred to as the “stem cell cannabinoid.”

What Is CBG and What Are Its Medical Benefits?

While CBG has fascinating medicinal properties of its own, what really makes CBG unique is its ability to mutate into THC, CBD, or cannabichromene (CBC) under the right conditions.

Generally, CBG and its precursor cannabigerolic acid (CBGa) do not stay around for long in hemp plants because they are very quick to combine with THCa synthase, CBDa synthase, or CBCa synthase to become THC, CBD, or CBC. However, some cannabis plants contain a genetic mutation which stops their cannabinoid processing at CBG, allowing for the breeding of CBG-rich plants.

The medical benefits of THC and CBD have been well-documented, but the benefits of isolated CBG are less studied. Still, recent scientific studies have suggested that CBG can help protect against brain deterioration, can help stimulate the appetite, and has anti-inflammatory properties.

Thanks to modern advances in cannabis testing, scientists have identified over 100 cannabinoids — and all of those same cannabinoids can be bred in hemp plants, except for THC. That is because hemp and cannabis are the same plant, separated by a few percentage points of THC that were arbitrarily drawn by government regulations. According to Section 7606 of the 2014 Farm Bill, which effectively legalized the modern CBD-from-hemp industry, “The term industrial hemp means the plant Cannabis sativa L. and any part of such plant, whether growing or not, with a delta-9 tetrahydrocannabinol concentration of not more than 0.3 percent on a dry weight basis.”

So as long as the delta-9 tetrahydrocannabinol (THC) content is below 0.3 percent, that plant is legally hemp and can be sold as hemp, which leaves over 100 cannabinoids that can legally be in that hemp plant.

Oregon has had a well-established hemp market for several years, and with over 3,500 acres of hemp planted in 2017, it has the third largest hemp industry in the United States. With the size and diversity of Oregon’s hemp market, it has become a hot bed of breeding and innovation. Some of those breeders have focused on CBG as the next big thing.

Seth Crawford and his brother Eric have been growing cannabis and hemp for nearly two decades, with the majority of that time spent working with THC-rich cultivars, until switching their focus to hemp full-time in 2015.

As Seth Crawford discussed with HEMP for our summer 2018 issue, when he and his brother first started out, “We didn’t even know what hemp was.” Crawford says they “just popped bag seeds from bud bought from Oregon’s artisan growers.” Those humble roots grew into Oregon CBD Seeds, “one of the world’s leading cannabis breeding companies.”

He says that soon, the mass farming of cannabinoids could all be done with farming industrial hemp for CBG, because CBG could simply have the right synthase added to it to make it THC, CBD, or CBC.

As their focus has recently shifted again, from exclusively CBD-rich cultivars to CBG-rich varietals, the brothers have launched Oregon CBG to support their new breeding projects.

Crawford tells me that his team has “developed the first pure CBG Type 4 line,” with a ratio of “100-1 CBG to THC,” and impressively “some individual varieties can go over 300-1.”

Oregon CBG’s website highlights their strain trademarked under the name Stem Cell CBG, “whose cannabinoid profile is 99.5 percent CBG.” As a result, “There is so little THC produced by this rare hemp plant that many of our concentrated products remain below the federal limit” of 0.3 percent THC, so they can move across state lines.

Crawford predicted that “we will see CBD being supplanted by CBG in the next few years.” He also said to expect that soon, the mass farming of cannabinoids could all be done with farming industrial hemp for CBG, because CBG could simply have the right synthase added to it to make it THC, CBD, or CBC.

Aside from just CBG-rich plants, Oregon CBG has been breeding “plants with virtually no terpenes,” specifically their “CBG plant had only 0.2 percent terpenes by weight.” Though that may sound like a horrible thing at first, as the resultant buds would have no scent, Crawford explained, “If plants have too many terpenes they will gum up a grain combine, but with the CBG flowers you can use a combine and harvest acres at a time.”

That would allow for truly mass-scale farming of CBG from hemp, which could then be tweaked into THC, CBD, or CBC, and then have cannabis or botanical terpenes added to the resultant oil.

Crawford is a big advocate of CBG-based medicine, and told me “one of my favorite ratios now is a 4-1 THC-CBG ratio,” because the CBG acts as a modulator on the THC, and it “takes the fuzziness of THC away so you stay fully functional.”

Breeding for Other Minor Cannabinoids

Another Oregon farmer, Trey Willison, is the breeder and owner of Eugenius, and has been “breeding cannabis for 15 years with a focus on the minor cannabinoids like CBD, CBG, CBDv, THCv, and others.”

While some medical patients can get benefits from THC, not everyone needs THC alone, and many patients will get greater relief from a broader spectrum of cannabinoids rather than THC, in a phenomenon called the entourage effect (or the “ensemble effect”).

Willison’s breeding projects have had some very unexpected results, including “a strain with 0.4 percent of an unidentified cannabinoid that is chemically similar to oxycodone.” Willison commented that “it has a very unique effect and we have people coming from around the country to get it.”

Another surprise Willison has encountered is that “a lot of high CBD strains have a high level of delta-8 THC and the terpene myrcene.” What makes that finding particularly interesting is that Section 7606 of the Farm Bill does not have a limit on delta-8 THC, just delta-9 THC.

Thanks to modern science and advances in lab testing, the world rediscovered CBD almost ten years ago. Now, thanks to advances in breeding techniques and farming, the world is discovering CBG. Given recent advances, who knows where hemp will be in another decade? 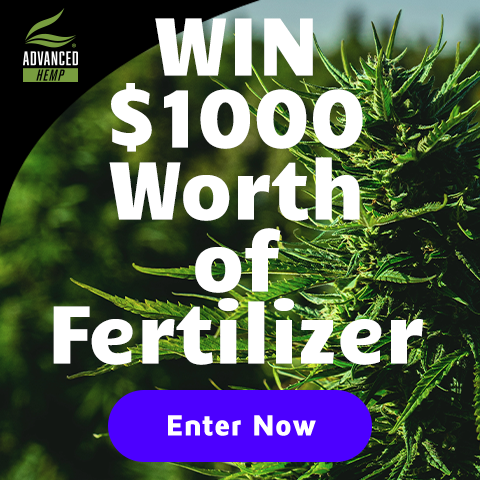