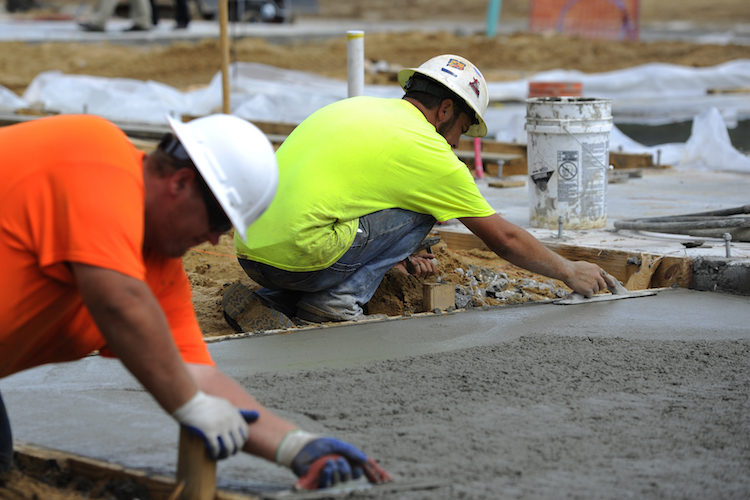 Hemp Fibers Are Being Used to Build 2022 Olympic Facilities

While it’s not quite hempcrete, a mix of concrete and hemp fibers has found its way onto the highest stage of international sport.

As athletes from around the world gather in China for the 2022 Winter Olympic Games, industrial hemp will be in the spotlight as bobsledders and lugers fly down concrete runs reinforced with hemp fiber. The runs are currently being built at the Xiaohaituo Bobsleigh and Luge Track in Yanqing, a mountainous district just outside of Beijing.

Canadian Greenfield Technologies of Calgary, Alberta is the manufacturer of NForce-Fiber, a concrete additive made from hemp fiber that is being used in the construction of the downhill tracks. The product helps prevent newly poured concrete from developing cracks as it dries.

Stephen Christensen, vice president and general manager of Greenfield Technologies, told the Journal of Commerce, a construction trade journal, that other materials that can be used to make concrete stronger did not meet the exacting specifications required for Olympic racing.

“Steel isn’t often used because it’s expensive, while glass is primarily used in decorative concrete products,” Christensen said. “The most commonly used fiber is plastic, which is hydrophobic in that the fibers would rather stick to the trowel than bond with the concrete. The fibers also protrude, making the product difficult to finish.”

The hemp fiber is compatible with shotcrete, or concrete that is pumped through a nozzle at large-scale construction sites.

“The strongest natural fiber just happened to be hemp,” said Christensen. “It bonds physically and chemically with the concrete and it will break before it pulls out to affect surface smoothness.”

To produce NForce-Fiber, Greenfield Technologies created a new way to remove hemp fibers from the stalk, in a process known as decortication.

“It’s typically achieved using 100-year-old technology called the hammermill,” said Christensen. “It consists of smashing the stalks against a grating using hammers until the hurd is forced through. However, that’s really damaging to the fiber. We developed proprietary machinery for decortication that keeps the fiber coarse and strong.”

The company sources stalks from Alberta hemp seed farmers. Once the fibers have been separated, they are treated to increase their compatibility with concrete. The product is available in one-pound bags that can be added, bag included, directly to wet or dry concrete mixes at a ratio of three or four pounds per cubic meter of concrete. Concrete strengthened with NForce-Fiber has already been used in construction projects including swimming pools, decorative installations, and a skate park in British Columbia.

The company had a third-party conduct testing of the product for potential use in Olympic facilities. But when designers made their selection for the Beijing infrastructure, the opted for a more traditional method.

“They typically don’t use fiber in bobsled tracks because they require such highly-finished surfaces and the fibers protrude,” said Christensen.

However, testing of the chosen option revealed that it failed to live up to expectations.

“The selected mix design was then trialed, and it cracked like crazy. When they tried the fiber that we sent along, those problems went away. We recently sent the first shipment of 360 lbs. of NForce-Fiber to China, which is definitely a feather in our cap.”

In addition to the superior performance of NForce-Fiber, it also offers versatility to the construction industry. The hemp fiber is compatible with shotcrete, or concrete that is pumped through a nozzle at large-scale construction sites. Other fibers can be unsuitable for the process.

“The product can also be added to shotcrete, which solves the problem of fiber flying out of the mix while it’s being shot,” says Christensen. “It’s very pumpable and adhesive, so you could spray bands of up to eight feet tall at one time, without having the product settle.

Christensen told the Calgary Herald that the visibility of Greenfield Technologies, which manufactures other hemp products including beauty products and cat litter, has skyrocketed with the news of the Olympic facility.

“I thought we’d be successful, but there aren’t a lot of concrete projects like a bobsled track,” Christensen said. “We’re getting some international acknowledgment.”