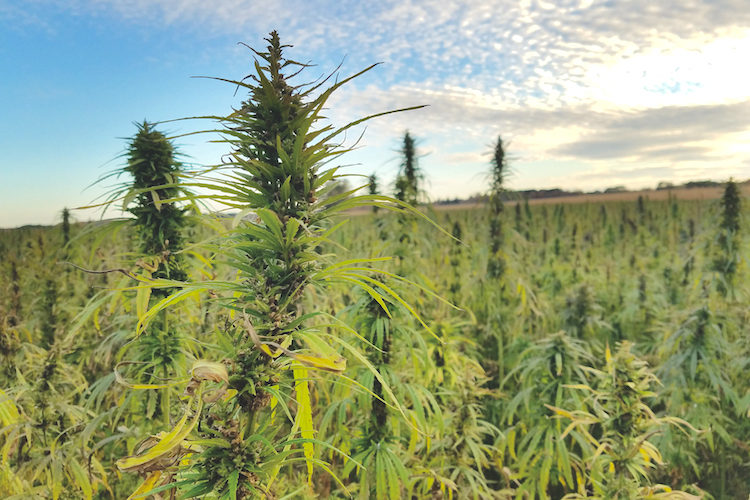 On Friday, three congressmen from Kentucky filed amendments to the federal Farm Bill that would significantly affect the United States’ hemp regulations, including removing hemp from the Controlled Substances Act.

Industrial hemp has been misunderstood and misrepresented for decades — until now. Since 1937, hemp has been classified alongside its cousin marijuana as a federally controlled substance. Once a favorite of George Washington and Thomas Jefferson, hemp has seen a true grassroots movement take the crop from zero to hero for many farmers around the country.

With the passage of the 2014 Farm Bill, the hemp legalization movement saw its first big victory, when a historic Farm Bill amendment, “SEC. 7606, The Legitimacy of Industrial Hemp Research”, was passed. After nearly 75 years, this language finally opened the door to domestic hemp production, albeit under under a research pilot program. 36 States have now enaced hemp laws, and last year approximately 20 States grew over 25,700 acres of industrial hemp.  In recent years, hemp has brought together a broad, bipartisan coalition, marked by the passage of numerous hemp amendments with overwhelming support, allowing farmers to grow the crop, and protecting state licensed hemp farmers from Federal enforcement actions.

However, hemp today is still defined as a controlled substance by the federal government, and many states and investors are still very reluctant to move forward until this legal status is cleared. However, national sentiments are changing and as a result senators are changing their stance on the once controversial crop.

Each of these amendments would help to support this growing domestic — creating jobs and opportunities for U.S. farmers, entrepreneurs, and businesses.

On April 12, Senate Majority Leader Sen. Mitch McConnell, Sen. Wyden and Sen. Paul, introduced the Hemp Farming Act to the U.S. Senate. This bill has significant updates from previous language, and would shift all hemp oversight to the USDA for the first time in U.S. history. The revised bill has reached new landmarks garnering new support, including an endorsement from Senate Minority Leader Sen. Chuck Schumer who signed on to co-sponsor the bill last week, placing the bill firmly on the path to success. Robust support for the new language has come from many including Sen. Angus King (ME), and strong agriculture support has been received from senators including Sen. John Hoeven of North Dakota and Sen. Thom Tillis of North Carolina.

On Friday, just before the deadline, three hemp amendments were filed — each strongly supported by the hemp industry. Kentucky led the way with Rep. James Comer, Rep. Andy Barr and Rep. Thomas Massie each filling language for very specific purposes.

Barr’s amendment opens the door to basic financial services to the growing hemp industry, while the Comer amendment inserts the full language of The Hemp Farming Act into the Farm Bill. Meanwhile, the Massie amendment inserts simple two pages of the “Industrial Hemp Farming Act of 2016” into the Farm Bill, while also providing additional and important leeway of 0.3 percent THC to the definition of hemp.  The Massie amendment would be a savior to many farmers who have had to destroy perfectly good crops, because of an arbitrary THC limit.

Hemp has huge potential — whether as a superfood, building material, plastic composite or high-tech battery. Each of these amendments would help to support this growing domestic industry — creating jobs and opportunities for U.S. farmers, entrepreneurs and businesses.

Hemp Amendments in the Farm Bill:

Amends the Controlled Substances Act to exclude industrial hemp from the definition of “marijuana.”

Removes industrial hemp from the definition of marihuana under the Controlled Substances Act and places it under the jurisdiction of the USDA as an agricultural commodity.

Creates a safe harbor for financial institutions that provide services to hemp legitimate businesses authorized under the pilot program in the 2014 Farm Bill and affiliated third parties.