The biochar market is exploding. What does this mean for hemp producers?

Here’s a familiar story: Farmers in America have recently started to rediscover a product with massive potential that was utilized in the past and is now making a comeback. This time, the product isn’t hemp, but biochar — a soil amendment made from combusted plants that can trap carbon dioxide.

Today, the hemp industry and the biochar industry share many similarities as independent forces, but the two are also beginning to overlap as producers experiment with making biochar from hemp. The two emergent industries both face challenges of education and scalability to reach their highest potential, as players both big and small look to make their mark.

Biochar is a type of charcoal created by applying heat to organic material. Wood is the most commonly used material to create biochar, but other substances such as straw, corn stalks, and hemp stalks can also be used. Biochar is made by heating this organic material while starving it of oxygen — which would instead create flames and reduce the plant matter to ash — to produce a highly permeable, absorbent, carbon-rich biomass.

Evidence, both from physical remains and via the accounts of 16thcentury European explorers, shows that pre-Columbian Amazonian peoples commonly used biochar as a soil amendment. For reasons currently unknown, its utilization was largely abandoned after colonialization.

But now, centuries after its use in the Amazon, biochar is coming back in a big way.

Just as it was in the Amazon, most biochar today is produced for use as a soil amendment. Because it retains moisture as well as water-soluble nutrients, biochar can be used to increase soil health, and in turn, crop yields. And it can do so in less-than-ideal circumstances, says James Gaspard, CEO of Biochar Now, one of the largest biochar producers in the United States.

“All of our customers have seen large increases in crop yields after they apply our biochar,” Gaspard tells HEMP. “And the poorer the soil, the larger the percentage in increased yields they see.”

“We’re now working on trying to get a load of hemp waste product shipped here to perform a test run and see what properties it will have as biochar.” – Rowdy Yeatts

“The market is very versatile,” says Rowdy Yeatts, owner of High Plains Biochar in Laramie, Wyoming. “Biochar can be used as an additive for cattle feed by adding small amounts. It can be used for water treatment. It’s primarily used as a soil amendment for greenhouse farmers, but it’s starting to be used more by traditional agriculture for drought tolerance.”

Scientific studies have shown that biochar is able to store greenhouse gases and doesn’t decompose for centuries, meaning that it also has the potential to help mitigate global warming. 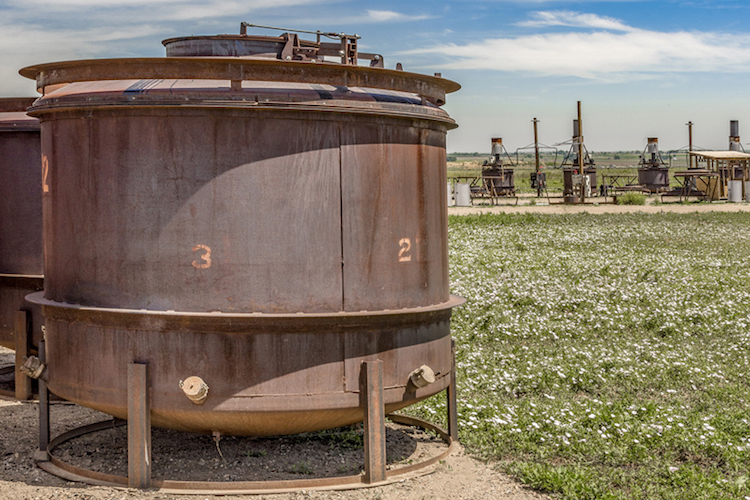 It can also be added to bodies of water that have high levels of pollution. Once in the water, the biochar traps harmful substances like heavy metals or nitrogen, which can be produced from agricultural activity. When the biochar is sifted out of the water, the pollution is removed too.

There’s an extra bonus when biochar is used to remediate nitrogen-rich water (which can be damaging to the health of aquatic species). Once removed, the biochar is then charged with nitrogen, making it an extra-effective fertilizer when added to soil to promote crop yields.

Creating Something Out of Nothing

Another benefit to biochar is that rather than harvesting natural resources that are dwindling, the soil amendment can be created from materials that are generally considered waste, including hemp stalks from plants primarily grown to produce CBD.

This year, Yeatts attended the NoCo Hemp Expo in northern Colorado. Since much of their product is being sold to hemp and cannabis producers, it isn’t surprising that biochar producers like Yeatts fit right in at hemp-centric events. But while attending the conference, he encountered something a bit unexpected.

“I ran into Michael Bowman [founding Board Chair of the National Hemp Association] and our conversation spiked an interest in me about hemp biochar,” says Yeatts. “We’re now working on trying to get a load of hemp waste product shipped here to perform a test run and see what properties it will have as biochar.”

The utilization of materials that would otherwise not have an industrial application further exemplifies biochar’s ability to not only increase production, but become a viable tool in our arsenal to help combat issues like deforestation and global warming.

Gaspard is well-versed in the reuse function of biochar.

“Our biochar is created from beetle kill trees in Colorado,” he says. “We receive the dead trees from a stewardship contract with the Forest Service, which allows us to take a product that otherwise has no use and turn it into biochar. We’ve taken over 4,000 tons of trees in a two-month period that would otherwise go to waste. These trees are dead and basically useless for other commercial uses. We even take the pieces like branches that would never be used by the logging industry. We take and use it all.” 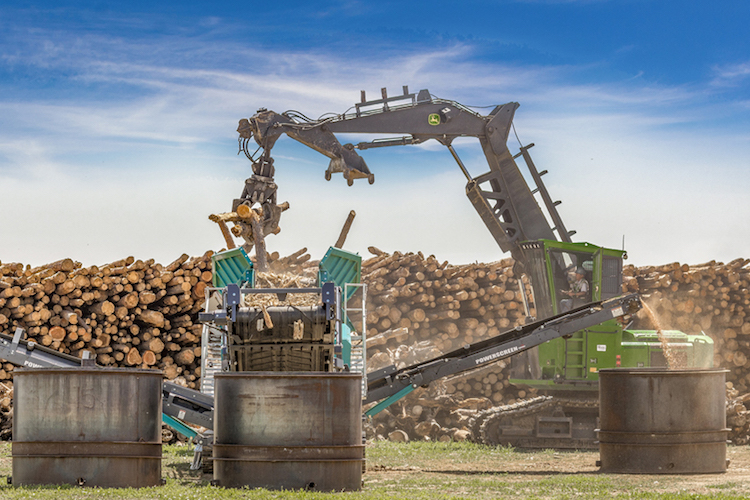 While Gaspard has a good working relationship with the Forest Service, he says that relationship took time to build. So, while trust in the biochar industry may be growing, it’s hampered by producers selling an inferior product.

“The biggest hurdle facing our industry is snake oil salesmen,” says Gaspard. “People we deal with — some of them have been burned. They’ve tried biochar from some company and they’ve been sold a garbage product. That does more damage than them not knowing about biochar at all.”

It’s a concept all-too-familiar to hemp producers creating a quality product. However, as both industries grow and government regulation creeps in, these issues will likely subside.

Like hemp, the limit of biochar’s growth will be somewhat dependent on the cost of production decreasing enough to make an end-product that is affordable enough to become ubiquitously used by consumers.

“As we get new technology and people figure out better ways to scale, costs will come down,” says Yeatts. “It’s still a little expensive for most traditional largescale agriculture, but as some of the issues around shipping and production get sorted out, and more regional producers pop up, that will change.”

Gaspard says that Biochar Now is working to try and be the first to figure those issues out.

“Right now, for row crops, it’s not quite cost effective because the delivery method [of manual application] is inefficient,” he says. “We’re working on a pelletized product that can be delivered by an air seeder, which will allow more targeted applications. That will make it more cost effective for, say, a corn farmer.”

Beyond that, says Yeatts, the industry has potential to use the process of creating biochar in other ways.

“For greenhouse farmers, and particularly cannabis producers, they could use their waste stalks to create biochar,” Yeatts says. “They’d get biochar to charge their soil from the stalks, but also could heat their greenhouses with the excess heat created from making biochar.”

With so many potential uses, the biochar industry looks set for continued growth. Yeatts estimates that the market is doubling every two years. Hemp growers, it seems, will become a larger part of the biochar industry, both as consumers of biochar and as producers of stalks to create the product.

Both industries are facing similar challenges when it comes to this period of growth, with small and large producers carving out a space for themselves, technology rapidly expanding, and a burgeoning market as the public learns about their products.

The forecast for that growth, says Gaspard, is promising, as biochar producers are currently feeling the effects of increased market demand.