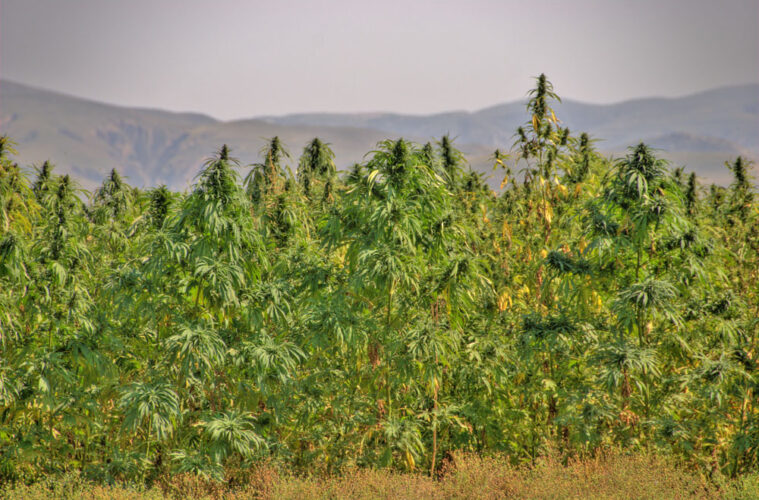 We’ve all heard people say it: “Hemp will save the world!” But what does that mean, exactly?

That was the topic of conversation on the Lancaster Farming podcast earlier this month. Journalist Eric Hurlock interviewed Bruce Dietzen of Drawdown Hemp, a coalition dedicated to quantifying the carbon sequestration powers of hemp products, such as hempcrete, hemp biochar, biofuel, and more. Their conversation broached a key question: Where is the data proving hemp is a silver bullet for our climate woes?

“You can’t just run around saying hemp is going to save the planet,” Dietzen said on the podcast. “You can’t just say it. You have to have some definitive numbers and some science behind it. That [is what] can be shown to the people who are in power. They still may not listen, but when you have hard numbers, it makes your argument a whole lot better.”

It’s true. There’s currently a colossal void in research showing the specific details on how hemp can change the world. Sure, experts say hemp is more effective at sequestering carbon than trees. But there’s hardly any available analysis or breakdown on how exactly we know that information. One report says a single hectare (the equivalent of 2.5 football fields) of hemp can sequester 15 tons of carbon per year. Other research says one hectare of industrial hemp can absorb 22 tons of CO2 a year. But is hemp cultivation the only way cannabis can sequester carbon?

Realistically, no. Hempcrete pulls down carbon from the atmosphere long after it’s made into insulation. But that’s not enough, we need more hard evidence showing hemp’s efficacy as a carbon sink. That’s the mission of the Drawdown Hemp project. Dietzen says the team he’s working with has already studied 16 hemp products.

“The reason for wanting to study hemp products goes back to the claim that hemp can be made into 50,000 different products,” Dietzen said. “But we’re facing a climate crisis where the IPCC is stating that we only have eight years left to reduce our overall CO2 emissions by as much as 45 percent. So, when you look at 50,000 products, you say ‘ok, which one can make the biggest impact.’ We’ve studied 16 products so far, and we have another 16 to go.”

Dietzen didn’t list all the hemp products under review. Although, he did mention that they’re looking at hemp biochar, or a soil amendment designed to increase fertility by reintroducing nutrients and microorganisms, improve soil’s water holding capacity, remove toxins from dirt, and ultimately sequester carbon. They are also looking at hempcrete, or a biocomposite material (a mixture of hemp hurds and limestone or sand) used for construction and insulation. Dietzen explains the research is yielding information that wasn’t previously known.

“We did calculations, and if every building in the world was made out of hempcrete in some form or another, it wouldn’t quite sequester a gigaton per year. We’re looking for a product that will sequester the most carbon, around a gigaton. What we did find, interestingly, is that the number one product that could make the biggest difference is hemp biochar.”

These are massive findings, considering the dearth of hard data that exists about industrial hemp. No doubt there are dozens, potentially hundreds, of practical uses for the plant. But 50,000 is a lot, and there are inconsistencies about the number of its uses. Some say it has 10,000, while others say there are between 25,000 to 35,000. Politifact fact-checked one of these claims after Nikki Fried, Florida’s agriculture commissioner, said in a speech, “Hemp has 25,000-35,000 known usages,” during the Florida Democratic Party conference in Orlando.

Politifact explains that hemp was dubbed the next “billion-dollar crop” in 1938. But the statement didn’t account for the Marihuana Tax Act, which passed in 1937 and ultimately stymied hemp development. “The 25,000-uses statistic lived on, even earning a mention in a 2018 Congressional Research Service report,” Politifact writes. The truth is, it’s been referenced in a number of reports.

Wild allegations may catch the public’s attention, but hemp will be written off as a conspiracy theory — which it is not — if baseless assertions are pushed in the media. Making over-inflated claims will also hinder the plant from being taken seriously by those in power. Government officials need to believe in its uses for it to be effectively implemented into society at scale. That’s why we need hard data ASAP.

“Just because a number is repeated over and over does not make it true,” agriculture scientist Jennifer Gilbert Jenkins told Politifact. Jenkins is a professor at the State University of New York at Morrisville.