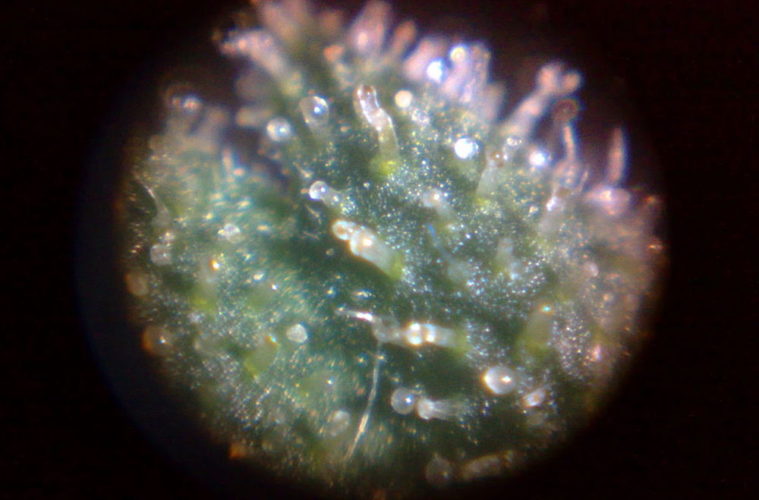 You’ve heard of CBD and THC, but how well do you know cannabinoids like CBG, CBN and THCV?

The miraculous benefits of hemp are all the rage these days! With this huge surge in popularity for CBD and all it has to offer, it seems that every day we learn about new cannabinoids that also show potential health benefits.

In this article, we’re going to touch on these lesser-known cannabinoids, their unique medicinal benefits and their full spectrum properties in both industrial hemp and cannabis.

Since cannabinoids work better synergistically, rather than individually, it’s important to take the time to learn about all the different ways the compounds in hemp and cannabis work together Keep in mind that cannabinoid research is in its preliminary stages, but what we’ve already discovered is extremely promising.

The first up in our study of cannabiniods is CBG (cannabigerol). Like CBD, CBG does not produce a “high” like THC does.

In fact, both THC and CBD start out as cannabigerol. It’s an interesting process. Basically, cannabis plants produce cannabigerol acid. Specific enzymes in the plant then breaks down the CBGA into the the acidic form of THC and CBD (known as THCA/CBDA). Next, THC and CBD form as the acid burns off via decarboxylation.

CBG works by increasing anandamide levels. Anandamide is an endocannabinoid, a naturally occurring cannabinoid found throughout our bodies, that helps regulate biological functions including appetite, sleep, and memory.

Next up is THCV (tetrahydrocannabivarin).The THCV compound makeup is very similar to the infamous THC cannabinoid, but it affects the body differently.

Both THC and THCV are psychoactive and will cause the user to get “high.” When THC binds to the body’s CB1 and CB2 receptors, it activates them, initiating the “high” effect. At low doses, THCV also binds to those same receptors, but it does not activate them, behaving more like CBD. At higher dosages, THCV will activate the CB1 receptor much like THC and will produce a psychoactive “buzz.”

The feeling THCV produces seems to come on faster than THC and fades out faster as well. Users report a more clear-headed and stimulating high.

CBN (cannabinol) is an interesting cannabinoid, as it is produced when THC is heated or exposed to oxygen. Unlike THC, cannabinol does not bind well to CB1 and CB2 receptors. Scientists classify CBN as non-psychoactive, and it is not an abundant cannabinoid. The CBN content found in the cannabis plant on average will be less than 1 percent.

CBC-a is the precursor to one of the most highly sought after cannabinoids, CBC (Cannabichromene). Like four other cannabinoids, CBC-A appears in the cannabis plant through decarbing. CBCA is non-psychoactive like CBD and has strong antimicrobial and analgesic (pain-relieving) properties. According to Maximum Yield, the most abundant levels of CBC-a are found in tropical strains of psychoactive cannabis (“marijuana”) with much lower levels found in other types of cannabis. According to current research, plants begin secreting cannabichromenic acid in the early seedling stage, before they create THC (Tetrahydrocannabinol). CBC-a can be converted to CBC through an aging and heating off the acid thru decarboxylation.

Next up is CBDV (cannabidvarin).

Like CBCA and most other cannabinoids we’ve discussed, CBDV is a non-psychoactive cannabinoid that has a similar makeup to CBD. Cannabis or hemp strains with higher levels of CBD tend to have higher levels of CBDV as well. Currently there hasn’t been much research on CBDV. Preliminary research shows that CBDV reduces nausea and seizures.

The next in our list of other cannabinoids is CBGA (cannabigerolic acid).

CBGA is considered the “cannabinoid stem cell.” Without CBGA, the amazing health benefits of THCA/THC, CBDA/CBD, CBCA/CBC, and CBG would not exist! These other cannabinoids form through biosynthesis, where chemicals combine to form new compounds. Studies show that industrial hemp contains high levels of CBGa, with some plants carrying up to 94 percent CBG!

The last other cannabinoid we’re going to talk about is CBCV (cannabichromevarin).

CBCV was first discovered in 1975 when researchers at the University of Nagasaki islolated the compound from the cannabis plant. This cannabinoid is the precursor to cannabichromene (CBC). Cannabis strains with lower levels of THC and CBD often have higher levels of CBCV.

When consumers buy CBD that’s refined from industrial hemp, as in the majority of CBD products on the market today in the U.S., we always recommend purchasing a “full spectrum” extract. Full spectrum means that all of the cannabinoids, flavonoids, and terpenes found in the plant have been extracted and used in the CBD or hemp oil. Psychoactive cannabis can also be made into a “full spectrum” extract.

When a consumer ingests full spectrum oil, many scientists believe that it takes advantage of the “entourage effect.” This effect means that all cannabinoids, flavonoids, fatty acids, terpenes, and other plant compounds are working in concert with one another to maximize their benefits.

It is important to know that not everyone agrees that there is an entourage effect. According to Scientific American, “many scientists see the whole thing as a pipe dream. The idea that botanical marijuana creates synergistic chemical effect… is highly contentious.”

THC and CBD are the two most active cannabinoids in marijuana. They share a special synergy that contributes most to the entourage effect. While many people report benefits from low-THC, hemp-derived CBD extracts and full spectrum hemp oils. Others find they need the presence of THC for maximum effect.

THE SCIENCE OF CANNABINOIDS IS JUST GETTING STARTED

In conclusion, the study and research of cannabinoid compounds is still fairly new. While scientists have already made huge leaps forward, even bigger leaps into the cannabinoid world still await.

We know scientists believe there are over 100 cannabinoids in the cannabis plant. Research and funding opportunities are still very limited. Cannabis and hemp are both classified as a Schedule I drug by the Drug Enforcement Administration. This classification means the agency refuses to acknowledge that these plants have any medical benefits, despite the evidence to the contrary.

As the United States slowly changes its cannabis laws and the popularity of CBD increases, it can only be uphill from here!

In the meantime, if you’re suffering from chronic pain, PTSD or other mental illness, or even osteoporosis, exploring other cannabinoids might offer additional relief. As with any treatment, please do your own research and consult a doctor.