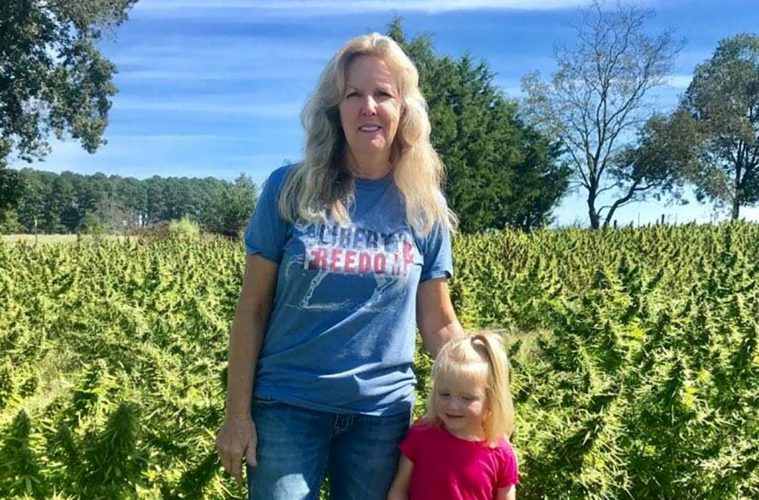 The Hemp Mine: Inside the 3rd-Gen Family Farm Growing Hemp in South Carolina

A South Carolina mother-daughter team is keeping the family farm alive with hemp.

Dr. Allison Justice is the third generation to farm her family’s land in South Carolina. Guided by her grandparents who farmed cotton and her mother who grew ornamental plants, Justice recently helped the family transition into farming hemp — using the horticultural knowledge she gained as the VP of Cultivation for a cannabis company in California.

Today, Justice says she credits her love of plants to her mother, and the women now combine their knowledge to run a hemp farm on the same land once farmed by her grandparents.

South Carolina joined the hemp industry with its pilot program in 2018, offering 20 licenses for growing 20 acres. Justice said that she recognized the family had the perfect combination of generational experience and land to jump at the opportunity to cultivate hemp in the state.

“My mother’s parents were cotton farmers. From the time I was little, we were planting together,” Justice said. “She already had a significant background in cultivating and the land to support crops. We decided absolutely she’s going to apply, and she did get one of the first 20 licenses in South Carolina to grow hemp.”

So Justice, her mother Deborah, and her siblings Matthew and Amanda started the farm, with growing methods similar to the ornamental plants they had previously grown, and launched a brand called The Hemp Mine to sell the CBD they were producing.

To provide cost-effective processing and avoid out-of-state opportunists, the Justice family partnered with an investor and OutCo, the vertically integrated cannabis company Justice has been working for in California, to create a CBD extraction facility, SC Botanicals. During the 2018 season, SC Botanicals extracted oil for five farms, in addition to their own.

“We do processing for my family’s farm, of course, but also for many other farmers from around the state,” she said. “We do supercritical CO2 extraction and make full-spectrum crude oil. We also do bulk formulations, THC removal, winterization — pretty much everything. This next year, it’s been going so smoothly, we plan to get a couple more machines and expand because the need is absolutely there.”

Using their agricultural and horticultural backgrounds, the Justices allied with other farmers who also received licenses.

“We’re able to not only offer the farmers extraction services, but we do a lot of consulting as well,” Justice said. “So, I spend a lot of my time working with farmers, especially the new ones that are trying to figure out how to do this most efficiently. Guidance for high potency CBD varieties, insect/disease-free starter plants, and IPM is crucial to produce a good crop.  Any bit of advice we can offer as an extraction company, in turn, helps everyone.  We’ve learned so much this first year and I want to give my ‘team’ of farmers every bit of advice to succeed.”

In its second year, South Carolina doubled its permits and acreage allowed to 40 each. Compared to other states with strict regulations, South Carolina’s laws allow for relative leniency and, therefore, an opportunity for farmers to learn the intricacies of growing hemp.

“It’s made it easy for the farmers to learn and get used to a new crop when they are not sure of every trick that needs to be done in order maintain a certain level of compliancy,” Justice said. “For example, if you get over 0.3 percent THC but under 1 percent, you have the chance to remediate. And so, there are a couple kind of safeguards where farmers aren’t completely losing everything.”

Through growing, processing and educating, Justice and her mother represent the small but growing number of women who are bringing their experience and knowledge to the hemp industry.

“There is a small third or less that are women, and the women that are doing it are really standing out.”

Justice attributes this to the traditional nature of agriculture in general.

“It just follows the trend of what agriculture has been, which is mostly males. Just by default that is who is picking up this new industry. If my mom was not a farmer beforehand, I don’t think she would have picked hemp to grow on a large scale.”

On the processing side of the industry, Justice sees more women getting involved: “It’s something completely new that everyone can jump in on. I am seeing a much larger percentage of women doing the extraction and formulation and that sort of thing.”

The Hemp Mine and SC Botanicals are family operations, including Justice’s father, brother, sister and three young nieces. Justice envisions this fourth generation inheriting the love of plants and farming.

“We see the future as us handing down this legacy of farming to my sister’s kids, which is three little girls. They have been so excited. They are getting really involved and, what I hope is, one day they will be the ones to take it over and hold down the fort for women farmers.”

[This story was updated to include more information on the CBD extraction facility and the Justice family.]