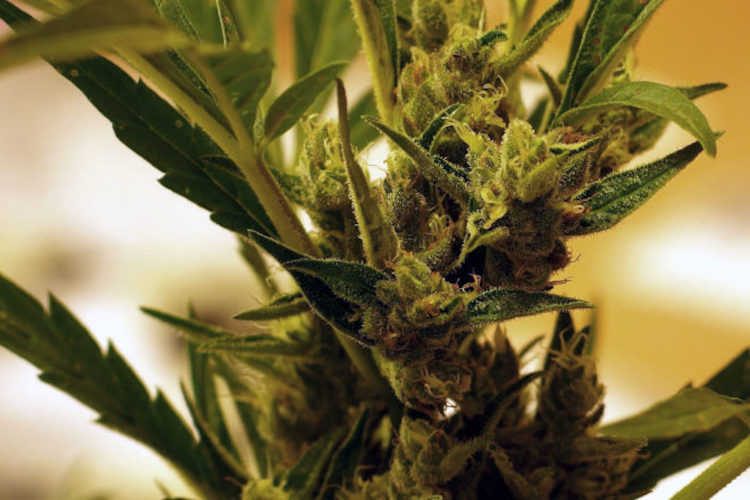 Wyoming has passed a law to legalize hemp farming pilot programs, but implementation has been delayed and CBD oil remains in a legal grey area.

A Montana woman is facing a felony charge in Wyoming for possessing cannabidiol (CBD) oil as she drove through the state. Anita Maddux, 50, could be sentenced to up to five years in prison and a $10,000 fine if she is convicted of felony possession of a controlled substance.

Maddux was in the process of moving from New Mexico to Montana on July 8 when she was pulled over by a sheriff’s deputy for expired car registration in Jackson, Wyoming. She was also driving with an expired license and no insurance. She told local media that she did not have the money to deal with the issues before moving to take care of her mother, who has stage four colon cancer.

“My plan was to just get to Montana, to be with my family and take care of everything there,” Maddux said.

After Maddux told the deputy that she was unable to pay an $850 fine or appear in court on July 31, he arrested her.

“I have never been pulled over before,” Maddux said. “So, I thought the best thing to do was just to be honest about my situation.”

While Maddux was being booked, jail staff found a 10-milliliter bottle of CBD oil from Functional Remedies. She had received the sample from Cid’s, a Taos, New Mexico health food store where Maddux had worked as an herbalist. The same CBD oil was being offered for sale at Lucky’s Market in Jackson, Wyoming at the time of Maddux’s arrest, according to the Planet Jackson Hole newspaper.

When a field test of the CBD oil indicated the presence of THC (although the test did not disclose the amount or concentration of the cannabinoid), it was sent to the state crime lab for further analysis. Under Wyoming law, possession of more than .03 grams of CBD oil with any detectable THC is a felony. Maddux spent 36 hours in jail before being released on a $1,000 bond.

Under Conflicting Laws, a Conviction Is Possible

Attorney Dion Custis has been practicing cannabis law in Wyoming for nearly 25 years and is a member of the National Organization for the Reform of Marijuana Laws (NORML) Legal Committee. He told HEMP that there is a chance that Maddux could be convicted on the felony charge.

“The statutes in Wyoming are pretty archaic,” Custis said. “For the last several years the legislature has tried to come up with some type of less severe punishment for CBD oil, edibles and that type of marijuana that we’re seeing a lot of, mostly out of Colorado. But they haven’t been able to do anything. So, it’s still the old laws on the books.”

Jonathan Miller, the general counsel for advocacy group the U.S. Hemp Roundtable, said that the laws covering cannabis in Wyoming are puzzling.

“It is quite unfortunate law enforcement would take that confusing law and charge someone for having a product that has virtually no THC and which the World Health Organization has classified as harmless,” Miller said. “I would hope law enforcement was focusing instead on drugs that kill people.”

Miller also said that products grown in accordance with a state’s hemp pilot program, like Functional Remedies, are legal under federal law and can be taken across state lines.

Bills to legalize CBD have been introduced in the Wyoming legislature, but have not been successful after receiving stiff opposition from groups including the Wyoming Association of Sheriffs and Chiefs of Police, which contends that any amount of THC is a violation of the law.

Attorney Custis said that Wyoming is so conservative, he expects it to be one of the last states to pass any kind of cannabis legalization, even if hemp is legalized federally with the 2018 Farm Bill.

“Each state is still entitled to enact their own laws, they just can’t be any more severe than the federal law,” Custis said. “So, they would have to do something, but this legislature in Wyoming has tried and they haven’t been able to come up with any reasonable agreement.”

After Maddux’s arrest, police visited Lucky’s Market and Jackson Whole Grocer, another retailer that had been selling CBD products. After informing the stores that the merchandise was illegal, police ordered them to remove it from store shelves, according to Heather Olson, an herbalist at Whole Grocer.

“They gave us seven days to get rid of it,” Olson said. “We’re sad to see it go. It’s a great category for our department. It was a huge move forward for herbal medicine. But psychoactive chemicals in the product are not appropriate in Wyoming,” she added.