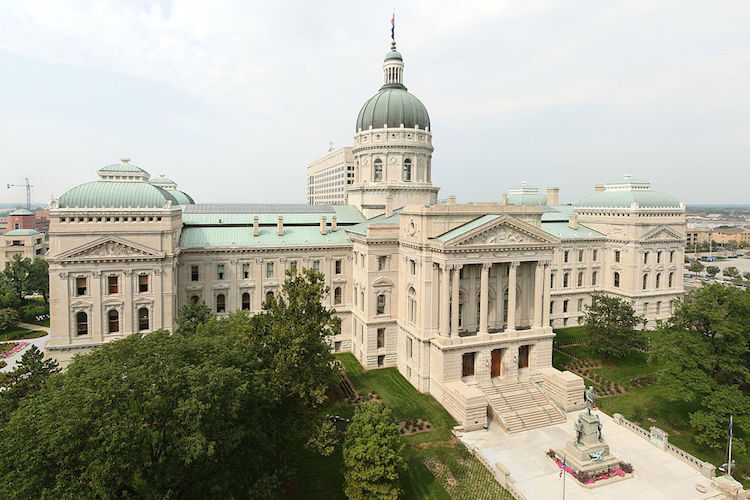 This week, Indiana’s governor signed into law a bill that legalizes the sale of CBD oil.

A new Indiana CBD law makes the supplement legal for all residents without a prescription, ending months of confusion. It could also serve as a model for other states looking to address the legality and purity of CBD oil.

Last year, Indiana state police interpreted a state law designed to help people with epilepsy access CBD as a mandate to raid vendors who were selling it for other purposes. While CBD is known to relieve symptoms of severe epilepsy, its benefits are numerous and its popularity is growing fast nationwide. Legislators insisted they’d never intended to spur a police crackdown, necessitating the new bill which was signed by Gov. Eric Holcomb on Wednesday.

Now, “any consumer in Indiana by state law can consume hemp products with CBD without any repercussions,” said Brian Furnish, a hemp farmer from Kentucky and the president of the US Hemp Roundtable. Furnish served as a consultant to several Indiana legislators and their staff during the process of writing and passing the bill to legalize CBD.

While many experts insist that CBD is already legal under the terms of the 2014 Farm Bill, some government agencies have disagreed, leaving the supplement in a gray area. The Indiana CBD law, which is the first in the country like it, also imposes new labeling requirements on CBD which could help consumers make more informed purchases.

Over the summer, police raided 57 stores across Indiana, seizing over 3,000 products from a variety of vendors from smoke shops to natural food stores, according to a September 2017 investigation by The Indianapolis Star. The Star’s investigation also revealed that the Indiana State Excise Police were using the epilepsy law as their justification for the raids.

While CBD users haven’t faced legal repercussions, consumers in Indiana were understandably anxious about being able to access this beneficial supplement and the raids were extremely costly for vendors.

It soon became clear that further legislation was necessary, especially after the state attorney general wrote an opinion agreeing that the supplement was illegal under federal law, despite many hemp advocates and lawyers arguments to the contrary.

The 2014 Farm Bill made industrial hemp legal again in the U.S. as part of state research programs. Lawyers for the hemp industry have argued that its language is broad enough to include market research, such as sales of hemp-based products like CBD. Other legal precedents protect the legality of hemp foods. However, the Drug Enforcement Administration insists that CBD remains illegal under the Controlled Substances Act, leading to a recent, ongoing lawsuit by the hemp industry. There have also been a handful of police seizures of CBD products in other states.

While CBD users haven’t faced legal repercussions, consumers in Indiana were understandably anxious about being able to access this beneficial supplement and the raids were extremely costly for vendors. Fortunately, the Governor halted police seizures of CBD once it became clear the legislature intended to address the matter.

An 8th-generation tobacco farmer who has watched the tobacco industry disappear, Brian Furnish helped lobby for both the passage of the 2014 Farm Bill and the hemp research laws in his home state of Kentucky.

Furnish was originally invited to testify to the state senate about his experience as a farmer in support of a bill to legalize hemp growing, which he expects will pass in a future session of the Indiana General Assembly. However, he soon found himself called upon to talk to lawmakers about CBD as well.

This content was originally featured by our friends at: https://ministryofhemp.com/