Why The Hemp Industry Is Suing The DEA Over CBD Oil | HIA vs. DEA

Hemp businesses and consumers could soon be celebrating the end of the DEA’s attempts to prevent Americans from producing or selling cannabidiol (CBD) extracts.

On Dec 14, 2016, the DEA published a new rule establishing a new drug code for “marijuana extracts.” The rule states that extracts from the “genus cannabis” plant containing any cannabinoid “will continue to be treated as Schedule I controlled substances.”

This rule poses a significant challenge to hemp producers and consumers in the U.S. who, up to now, have been legally producing and consuming CBD and hemp oil under the Agricultural Act of 2014.

The Hemp Industries Association (HIA), along with other petitioners, has challenged this rule in the U.S. Court of Appeals for the Ninth Circuit. In addition, a group of lawmakers have declared their support for CBD, filing a document in the case insisting that Congress already made CBD legal, and that it remains legal, thanks to the Agricultural Act.

While consumers continue to freely access CBD oil, the DEA’s rule has cast a shadow over producers and vendors, and this lawsuit could go a long way towards easing their worries.

A hearing date is set for February 15, 2018 in San Francisco, though the case could last for months.

While consumers haven’t faced any reported legal threats so far, some hemp CBD shops in states with relatively strict controlled substance laws have seen their inventory seized by local law enforcement and their operations shut down.

The outcome of this lawsuit could be crucial not just for the hemp industry, but also for the thousands of people who benefit from taking CBD. 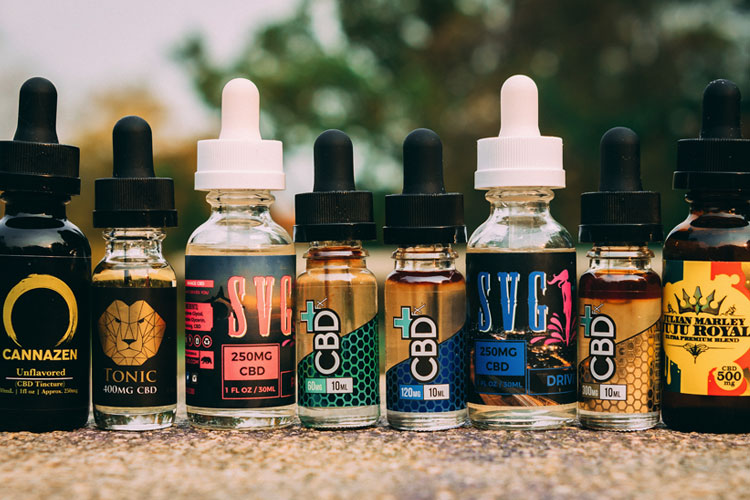 The HIA vs. DEA case could have long repercussions for the hemp industry and CBD consumers. Photo courtesy of: vaping360.com/cbd-oil-cannabidiol-hemp-oil

WHY THE HIA VS. DEA LAWSUIT MATTERS TO HEMP PRODUCERS & CONSUMERS

The DEA’s long war on industrial hemp dates back decades, but Congress began in earnest to correct this situation about four years ago. The Agricultural Act of 2014, better known as the 2014 Farm Bill,) created an exemption from the Controlled Substances Act by defining industrial hemp grown in an authorized research program as separate and distinct from marijuana.

Nevertheless, the DEA obstructed farmers from participating in hemp research programs, prompting a lawsuit from the state of Kentucky in 2014. Because of continued DEA obstruction of the Farm Bill, Congress was forced to pass a rider to the Omnibus Appropriations Bill in September of 2016. This rider provided that no funds may be spent by the federal government interfering in legitimate hemp research.

Despite these two provisions of law, the DEA continues to assert publicly that CBD derived from hemp is a Schedule 1 controlled substance, sending a chill over potential hemp business investors. The case is important because the DEA’s overbroad treatment of virtually all CBD as a controlled substance has resulted in uncertainty in the blossoming hemp economy. 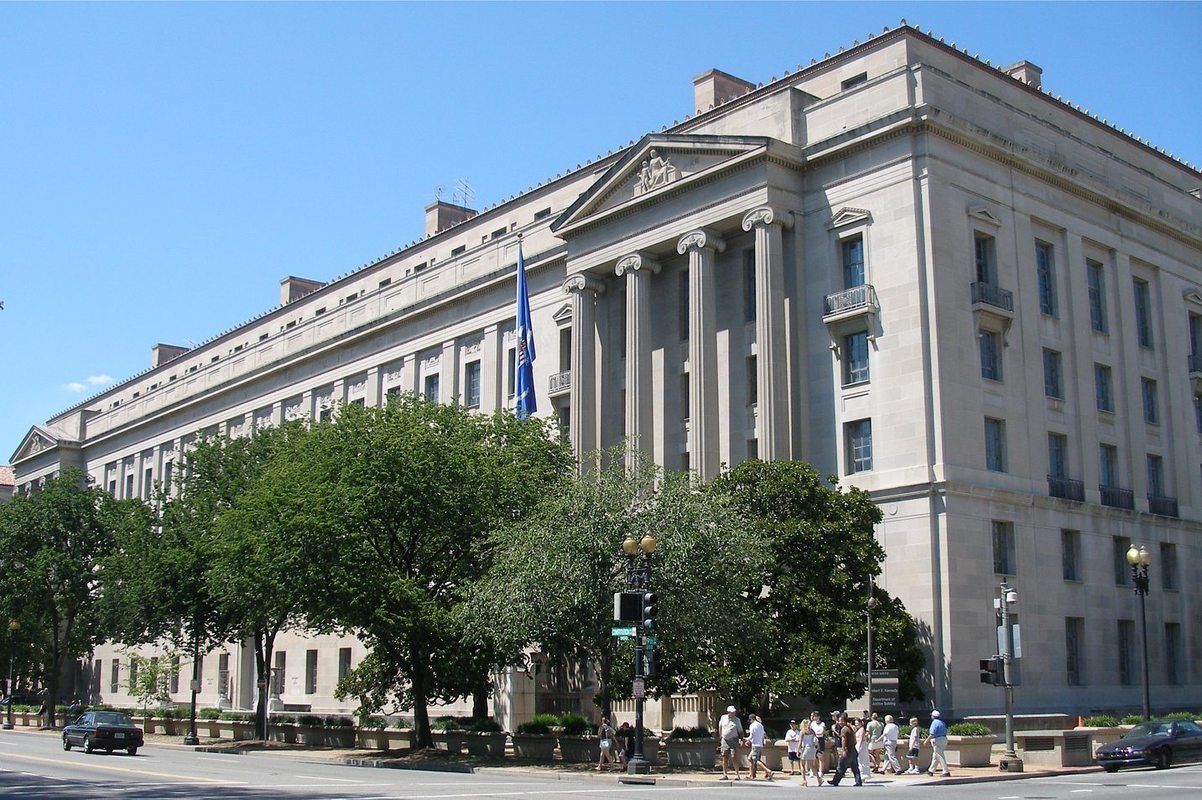 The headquarters of the U.S. Department of Justice in Washington, D.C. The DEA insists the CBD extracts made from hemp are illegal, despite the 2014 Farm Bill which made hemp growing and research legal in the U.S. on a limited basis (Photo: Wikimedia Commons / Sebmol, CC-BY-SA license).

WHAT THE DRUG ENFORCEMENT ADMINISTRATION GETS WRONG ABOUT CBD & HEMP

The federal Controlled Substance Act creates an exemption for the stalks and seeds of the cannabis plant as legal substances because they only contain traces of THC. Congress, in the 2014 Farm Bill, expanded this exemption of stalks and seeds to include all parts of the industrial hemp plant grown in an authorized research program, only requiring that hemp products contain 0.3 percent THC or less. But the DEA has not acknowledged this fact, as it continues to assert that any CBD extract — even one made from legal industrial hemp — is a controlled substance under federal law.

The DEA attempts to argue, without basis, that the exemption provided by the Farm Bill is a limited exemption only applying to hemp that is being grown or cultivated, and when the hemp leaves the field it magically becomes a controlled substance.

The petitioners made significant progress in the briefing stage of the case by forcing the DEA to admit that not all cannabinoids are controlled substances under the Controlled Substance Act (CSA). The DEA now admits that the source of the CBD determines whether it falls under the CSA. If the source of the CBD is an exempt part of the plant (stalks and seeds), according to the DEA, then the CBD falls outside the CSA and is legal. What the petitioners argue is that the Farm Bill created an additional exemption for Farm Bill-produced hemp, which the DEA’s rule effectively wipes out. An agency cannot rewrite a law in this way, and petitioners seek a court order setting aside the rule on this basis (as well as others).

The DEA attempts to argue, without basis, that the exemption provided by the Farm Bill is a limited exemption only applying to hemp that is being grown or cultivated, and when the hemp leaves the field it magically becomes a controlled substance. This contradicts the plain language of the Farm Bill which protects research hemp “whether growing or not.” It also ignores Congress’s clear intent to grow hemp businesses in interstate commerce through marketing research involving hemp grown in research projects. 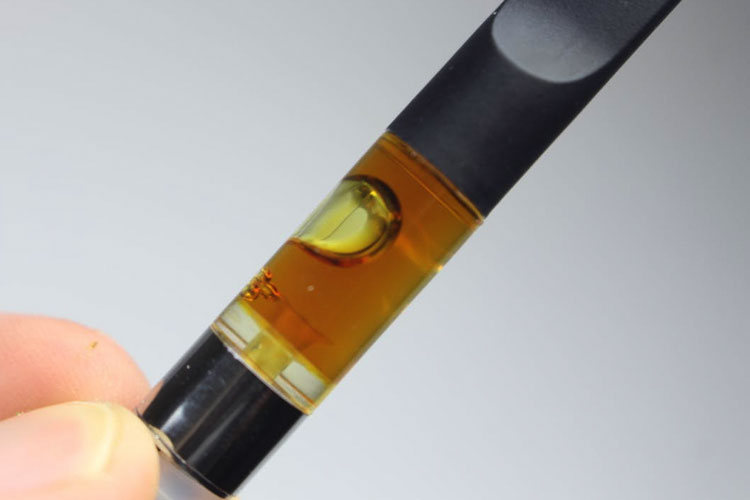 The HIA vs. DEA lawsuit aims to end the uncertainty around the legal status of CBD extracts made from industrial hemp. (Photo: stayregular.net).

In fact, the 28 Senators and Representatives who crafted the hemp portion of the Farm Bill emphasize this very point in a recent and potentially very significant “amicus” brief filed in the case in support of the petitioners.

“It is truly remarkable that nearly thirty elected Members of Congress have taken the opportunity to prepare an amicus brief in this matter in support of the Petitioners,” Graff said. “Congress has spoken, yet again.”

These members of Congress assert that CBD and any product derived from Farm Bill hemp is legal, so long as it adheres to only one requirement: that the THC level be 0.3 percent or less as provided in the Farm Bill.

Further, the brief states that “Congress legalized … any commercial marketing of industrial hemp extracts and derivatives, so long as the products fell under the THC threshold level.”

A DAY OF RECKONING FOR THE HEMP INDUSTRY

Graff told us, “Our clients, the HIA, RMH, and Centuria Foods, are truly humbled by this show of support from Congress concerning this critical matter.”

While consumers continue to freely access CBD oil, the DEA’s rule has cast a shadow over producers and vendors, and this lawsuit could go a long way towards easing their worries.

It would appear that February 15 will be a day of reckoning for the DEA in its quest to defy Congressional intent. Regardless of the outcome of this case, hemp farmers and businesses will continue to push for federal legislation fully legalizing commercial hemp production. But a favorable ruling would bring us much closer to that outcome.

This content was originally featured by our friends at: https://ministryofhemp.com/