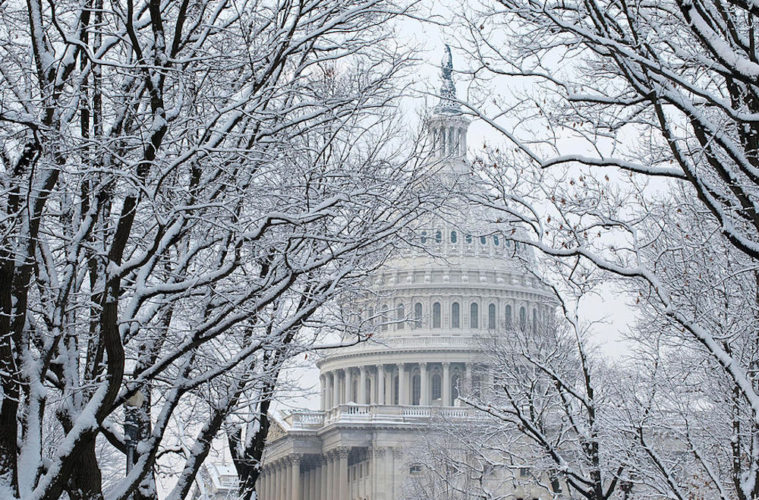 Federal Hemp Legalization Expected to Pass by End of Year

Congress has reached an agreement on the 2018 Farm Bill, which would legalize a nationwide hemp and hemp-derived CBD industry once passed.

Congressional leaders announced last week that an agreement has been reached on the 2018 Farm Bill that reportedly includes provisions that would legalize industrial hemp agriculture and remove hemp products from the Controlled Substances Act. A vote on the bill is expected before the end of the year.

In a joint statement from the chairmen and ranking members of the Senate and House Agriculture Committees, lawmakers said that they are happy with the progress they’ve made but their work is not finished yet.

“We are pleased to announce that we’ve reached an agreement in principle on the 2018 Farm Bill,” the statement read.

“We are working to finalize legal and report language as well as the [Congressional Budget Office cost estimates], but we still have more work to do. We are committed to delivering a new farm bill to America as quickly as possible,” they added.

Senate Agriculture Committee leaders Sens. Pat Roberts (R-Kansas) and Debbie Stabenow (D-Michigan) said that they have resolved their differences over issues including work requirements for those receiving food assistance and forestry policy questions brought on by comments from President Trump during the recent California wildfires.

“We have an agreement on the outstanding issues,” Roberts said. “But until you get that language on the bill, and you know where we are with the scoring, it’s premature to say that we have a complete agreement.”

While many hemp advocates expected the bill to be voted on this week, the death of President George H. W. Bush meant that the House cancelled all votes for this week and the Senate adjourned until after the funeral. A vote is now expected sometime next week, after the House returns on Monday, December 10.

“The hemp part of the bill has never really been in dispute,” said Steenstra. “I feel very optimistic about this.”

Hemp received a limited endorsement from the federal government in the 2014 Farm Bill with the legalization of research pilot programs. Since then, more than 40 states have approved regulations for hemp agriculture programs.

“The hemp part of the bill has never really been in dispute. I feel very optimistic about this.” – Eric Steenstra, VoteHemp

“We’ve had five years and what we’ve seen is that there are a lot of people who are wanting to grow this crop,” Steenstra said.

But the 2014 Farm Bill did not specifically exclude hemp and hemp extracts from the Controlled Substances Act, leaving the legality of hemp products like CBD in a legal grey area.

“The 2018 bill actually goes in and amends the Controlled Substances Act to make very clear that CBD derived from hemp would not be considered a controlled substance,” Hauser said.

Justin Strekal, the political director for the National Organization for the Reform of Marijuana Laws, said that legalization should include regulation.

“For years, many of the producers of these products have navigated in a grey area of the law — manufacturing products of variable and sometimes questionable quality and safety,” Strekal stated. “Now it is time for lawmakers to craft simple benchmark safety and quality standards for hemp-derived CBD in order to increase consumer satisfaction and confidence as this nascent industry transitions into a legal marketplace.”

Bruce Perlowin, the CEO of Hemp Inc., said in an email that the legalization of hemp will give independent farmers a new option for success.

The agreement reached by lawmakers will be used to integrate the separate versions of the Farm Bill passed by the Senate and House of Representatives earlier this year. Congress has until the end of the current legislative session later this month to complete work on the bill, which would then have to be signed by the president to become law.