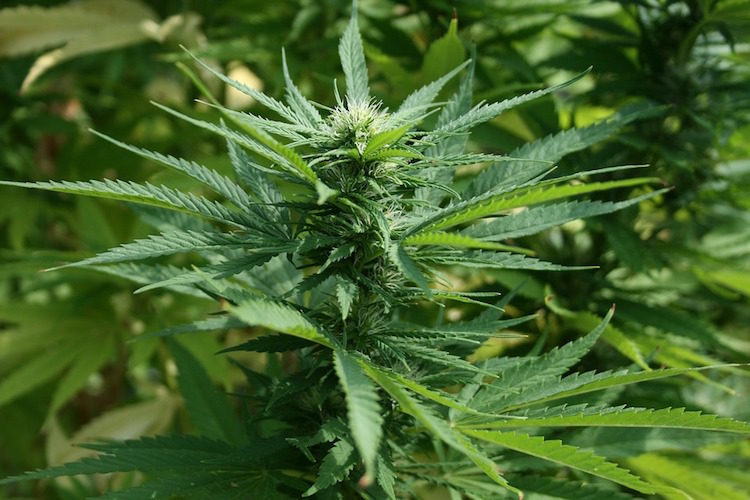 Feminized pollen has long been popular with marijuana growers looking to grow from feminized seed, and now hemp farmers are starting to be interested in the useful product.

Hemp farmers focused on growing CBD-rich flowers have a new option to increase their productivity: supplying feminized pollen to other hemp farmers in the hemp industry.

Bryan Sawyer, the managing partner of Envision Farms in Monte Vista, Colorado, told HEMP that farmers can use the feminized pollen to grow their own seed that will produce female plants 98 percent of the time.

“The benefit of feminized seed for CBD producers is to guarantee that every bit of your field is producing female plants, because we are targeting the flower,” said Sawyer.

What Is Feminized Seed?

Feminized seeds have been popular with marijuana growers for years, with many different seed houses offering them for numerous popular strains. To produce feminized seeds, known female plants are sprayed with a solution containing colloidal silver or gibberellic acid. The spray causes a hormonal response in the plant, inducing it to produce male flowers instead of female. But because the plant does not have male chromosomes, neither will any of the pollen the male flowers produce. When the pollen is used to fertilize the flowers of female plants, virtually all the seed will produce female plants.

Envision Farms produces feminized pollen in a controlled greenhouse environment. The nodes of the plants are sprayed with feminizing solution every five days once the flowering light cycle has been initiated. After male flowers appear and begin to release the pollen, the plants are dried. The pollen is then collected by a machine that uses a silkscreen filtering process.

Sawyer says that when Envision Farms began producing feminized pollen, the company only planned to use it in its own operations.

“We had no intention at first of selling any of it,” Sawyer said. “We were just going to use it for our breeding projects. But then I had a couple of friends ask me if I would sell them some.”

Sawyer then took to social media to gauge the interest of other hemp farmers. When more and more inquiries started coming in, he knew he was on to something. After negotiating with a few growers, Envision Farms was able to establish a baseline value of the feminized pollen and now sells it for about $500 per gram.

Farmers producing their own seed for use the next planting season has been part of the agricultural heritage for millennia and is still practiced by many farmers to this day. Growers can pass seed perfect for their land and climate from generation to generation, offering some consistency and predictability to their crops.

Sawyer says that by providing feminized pollen to other farmers, they can use it to fertilize plants of a hemp strain they have chosen for their climate and region. Using the pollen to grow their own feminized seed, hemp growers can make a significant impact on their bottom line.

“Right now, people are paying a dollar a seed for feminized seeds,” Sawyer explained. “And it takes three hundred to four hundred thousand seeds to plant a half-circle. So that’s a substantial investment. And it’s a very big market to capitalize on.”

Sawyer says that the Trump and Cherry Wine hemp strains of pollen are well-suited to high-altitude farms like his in Colorado.

Envision Farms has pollen available now and will have feminized seed produced and ready for farmers in Colorado and similar locales by spring planting time. The company is also in the process of developing a partnership with a breeder in Oregon that will allow the companies to produce feminized seed in different climatic zones on a large scale. Once that project is up and running, the two companies will be able to offer feminized seeds to farmers with different growing conditions throughout the United States.