A bill was introduced in Congress last month that could lessen the difficulty of hemp businesses to obtain banking and other financial services.

The bill, the Industrial Hemp Banking Act (H.R. 4711), was introduced in the United States House of Representatives by Rep. Andy Barr of Kentucky on December 22. It would bar action by federal banking regulators against financial institutions solely because they serve industrial hemp businesses. Strict reporting requirements for banks offering services to hemp companies would also be eased.

The bill has been co-sponsored by Rep. James Himes of Connecticut, and Rep. Jared Polis of Colorado. Rep. Polis is a founder and co-chair of the Congressional Cannabis Caucus, and is working to reform federal cannabis law and policy. Rep. Polis told HEMP why he is supporting industrial hemp banking reform.

“I’m co-sponsoring the bill because hemp’s potential is boundless, and I want to ensure companies can reap the benefits it has to offer and access customer and financial services like loans, credit card processors and banks,” said Rep. Polis.

Kellsi Booth, a Los Angeles-based attorney specializing in cannabis law, explained that the proposed legislation is designed to assuage the fears of banks reluctant to serve industrial hemp businesses.

“This bill would assure financial institutions that transactions involving industrial hemp are entirely lawful, and encourage more of them to work with the hemp industry by easing the regulatory and reporting burdens generally imposed on those dealing in controlled substances like cannabis,” Booth told HEMP.

She also noted that companies in all aspects of the industry could benefit from the law, if passed.

“The protections extend to cultivators, processors, manufacturers, distributors, transporters, and all others engaging in commerce with industrial hemp products that are exempted from the definition of a controlled substance under the Controlled Substances Act,” Booth said.

That’s good news for all sorts of firms, from large industrial processors to small specialty businesses.

“I’m co-sponsoring the bill because hemp’s potential is boundless, and I want to ensure companies can reap the benefits it has to offer and access customer and financial services like loans, credit card processors and banks,” said Rep. Polis.

David Schmitt is the chief operating officer of Industrial Hemp Manufacturing LLC, which operates North America’s largest hemp processing facility in Spring Hope, North Carolina. He sees the Industrial Hemp Banking Act as a potential boon not only for his company, but the small family farms he partners with, as well. 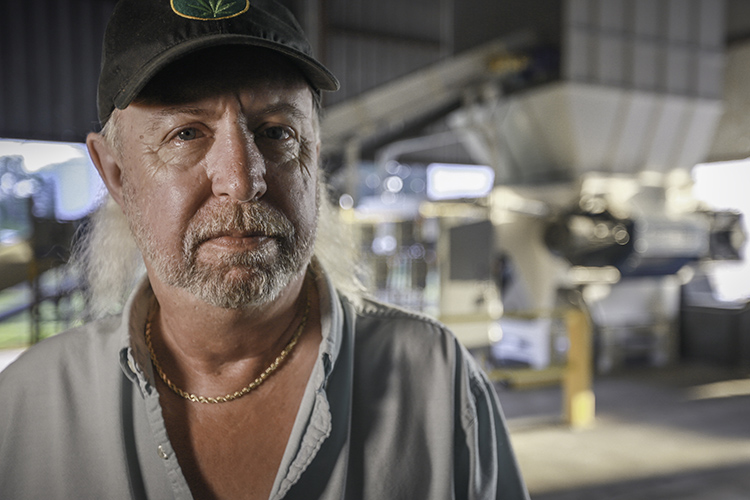 “We hope to see this pass, as it would certainly remove many hardships that are unnecessarily placed upon operators in the hemp space when it comes to banking. We are fortunate to work with some wonderful farmers in North Carolina and nationwide who are breathing new life into generations-old family farms through incorporating hemp into their crop rotation,” said Schmitt.

Katie Moodie is the CEO of KB Pure Essentials, a San Diego company that manufactures and markets CBD-rich supplements, topicals, and personal care products from European hemp oil. One of the biggest challenges for her business has been accepting credit card payments for her customers’ online orders. Once credit card processing companies become aware KB is selling hemp-based products, their financial agreements are cancelled. It’s happened at least a half-dozen times in three years.

“We’ve been shut down several times by just about every merchant processor you can think of,” Moodie said.

The introduction of the Industrial Hemp Banking Act is just the beginning, and it has been referred to the House Committee on Financial Services for consideration. Cannabis lawyer Booth cautioned that the bill “has a long way to go and will likely be substantially changed during the legislative process.”

Rep. Polis believes the chances for success are good. “I’m optimistic that we can continue to garner strong bipartisan support and hopefully pass the bill into law,” he said.