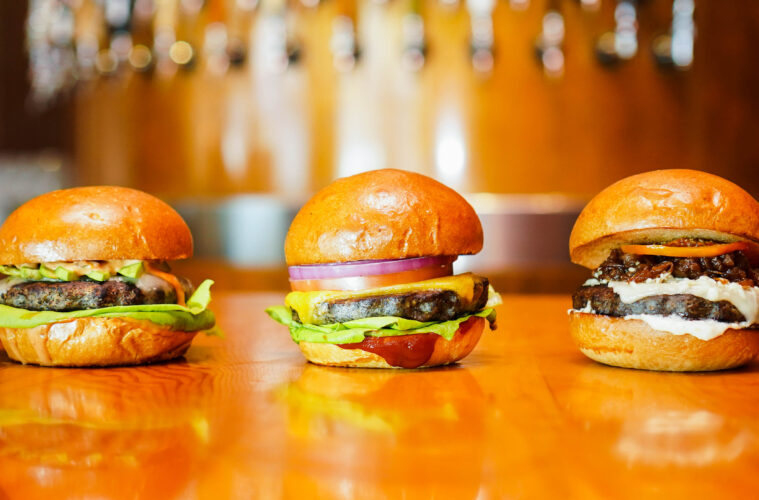 Planet Based Foods is using their new hemp burger as a catalyst for change. Not only is it nutritious and sustainable, but it’s solving some of the biggest environmental threats to our future.

When it comes to hemp agriculture in the United States, varieties rich in CBD have taken center stage over the last several years. But the crop’s use as a nutritious grain, which goes back thousands of years, has garnered less attention. That could change soon, however, following the recent introduction of hemp burgers and other meat alternatives from Planet Based Foods.

Robert Davis, Research & Development Director at Planet Based Foods, has a 45-year history in the plant-based foods industry. He started Light Foods in 1980 before moving on to become the R&D Director for Living Harvest, where he led the development of the first major market hemp milk and hemp ice cream in 2009.

After joining Planet Based Foods, Davis and the company’s leadership team concluded that the key to introducing hemp to the food stream hinges on the ability to provide an appealing center-plate option. In an effort to create a mouth-watering entree, the team spent eight years developing the hemp burger, made of hemp seed and other clean ingredients. Hemp sausage patties and burger and sausage crumble were then added to the lineup, all part of its H.E.M.P. Foods line of products, a moniker that characterizes the essence of Planet Based Foods (Honorable, Ethical, Moral, Protein).

The driving force behind Planet Based Foods’ new meat alternative was the desire “to bring a product to market that represented the times we’re living in and the necessities of creating a plant-based product that addressed sustainability, as well as flavor and texture,” Davis said in an interview with HEMP Magazine.

The farmers of the future will have to deal with a changing climate that will be less and less suitable for growing some of today’s staple crops, particularly corn and soy. That means farms in the U.S. and around the globe will need new options to keep the food supply flowing.

“Looking at all the various options of grains going into the future, hemp provides an economic advantage to the farmer and also in reference to its ability to grow in diverse climates – specifically climates that are hotter,” Davis said, adding that there is a potential five-to 10-degree increase in climate temperatures over the next 50 years or so.

Braelyn Davis, Robert’s son and the CEO of Planet Based Foods, brings his wealth of experience in the hemp industry to the company’s C-suite. He explained how integrating hemp into their crop rotation cycles can provide farmers with multiple benefits while enhancing sustainability.

“This is very important for agriculturalists, especially in the Midwest, that are growing soy and corn because they can actually be provided with a cash crop that helps irrigate and clean the soils for other crops that they’re growing year-round,” Braelyn said.

Planet Based Foods launched its hemp burgers earlier this year through its restaurant partner Stout Burgers & Beer, and the products are also being distributed nationally by foodservice giant U.S. Foods.

But the company doesn’t only have restaurant patrons on their radar. Instead of just being another “fake meat” option, the Davises see their hemp burgers as a way to address hunger on a national and global scale. In line with that philosophy, Planet Based Foods created a 2-for-1 program where one burger for every two burgers sold is donated to feed a person in need.

“We’re putting our money where our mouth is in regard to systemically cleaning up the food source that people are eating, as well getting people fed,” Braelyn said.

Even with the challenges posed by the ongoing COVID-19 pandemic, Planet Based Foods saw strong enough success to donate more than 20,000 burgers to U.S. food banks and people in need during its 2020 brand launch. And with an ongoing capital raise welcoming new investors and plans for distribution to consumers through grocery stores in the works, the company is looking to ramp up donations in 2021 and beyond.