This article was originally published as “Home Hemp OilExtraction” in Issue 7 of HEMP in August 2019. Subscribe HERE or find in a local grocery store.

In Ryan Watson’s previous career working with a local brewery, he became enamored with the idea of terroir, or “taste of place” — a flavor profile that occurs in a product when it is grown in one location, conveying a unique odor and taste based on the unique environment. About a year ago, Watson realized that he wanted to create hemp products with terroir. He set about making a farm-to-table product: homegrown, full-spectrum hemp oil in Bozeman, Montana. But without a huge pile of investment capital, Watson knew he’d have to make do with limited resources.

Watson, along with his business partner and friend Jamie Fitterer, decided to purchase used CO2 extraction equipment. They bought it from another business, and discovered that the vibrant green machine could easily fit in the repurposed garage they use as the shop for their new company, Montana Hemp Co.

Measuring approximately two by five by six feet, the machine now takes up a small footprint in the open shop space, allowing for room to work around it and enough space to park a car, if the snowy Montana winters necessitate. Run by electric power, the self-contained equipment is totally quiet and virtually odor-free, which makes it an unobtrusive resident.

But, given the bootstrapped nature of the project, there have certainly been roadblocks along the way.

First, navigating the capabilities of the equipment has been a learning process, Watson says. Even though they bought a used machine, the equipment wasn’t cheap, costing well above a farmer’s pay grade. On top of that, it didn’t include instructions.

“I’ve had to rewire the machine without any direction,” says Watson. 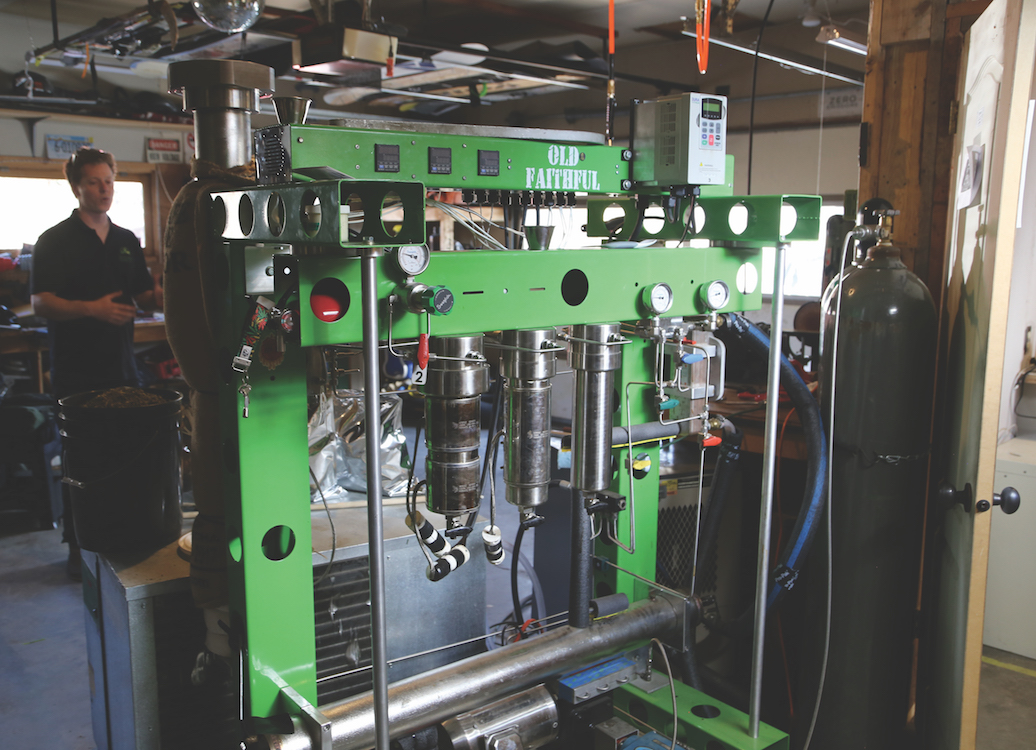 Ryan Watson stands in front of his extraction equipment, explaining the difficulties of extraction for the small farmer.

The equipment they bought is designed for the small farmer who is developing their own product. It takes three and a half hours to extract oil from three to five pounds of material, leaving an average of 8% of the raw material, or 30 grams of oil equaling 60 bottles at a time, which is then bottled and labeled by hand.

Even with the inflated cost of extraction equipment, small hemp farmers like Watson often run into obstacles when it comes to processing, particularly when trying to customize the extraction process.

“The price for these machines is exacerbated, and most farmers do not have the time or resources to be thinking about developing their own processing systems,” Watson says.

He says that they chose CO2 extraction over other methods because they wanted “the ability to leave the chlorophyll behind” in order to create an oil that doesn’t taste grassy.

When it comes to sourcing the flower to extract, Watson says he has learned through trial and error that “each variety of the hemp plant has a different reaction to extraction.” For example, he says “the plant may test within the THC limit in the field but tests ‘hot’ once it’s been compressed.” When this happens, the farmer-turned-extractor is responsible for calculating the dilution rate to meet legal standards. 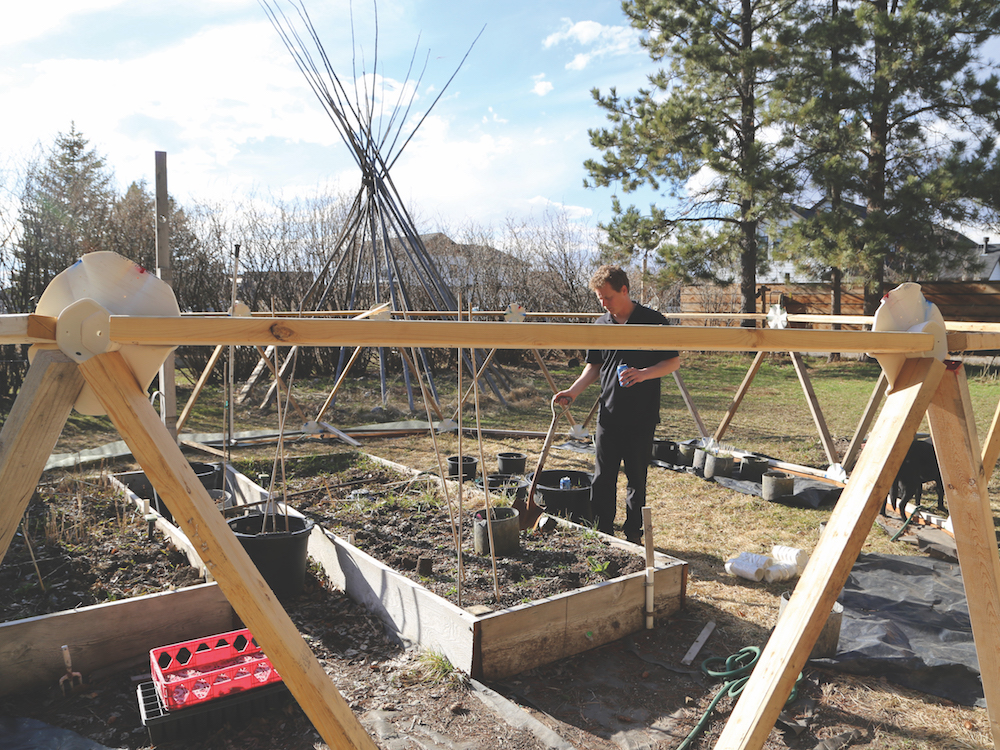 Watson surveys the ground where he’s building a geodesic dome to protect his 2019 hemp crop from the fickle Montana spring.

Finally, there are ongoing challenges regarding the legality for home hemp extraction. Today, Watson is working with the Montana state branches of the USDA and the Department of Health and Human Services to create an approved product. At the time of publication, Montana regulations fall back to the 2014 Farm Bill, which states that processing must take place on-site and does not allow for farmers to collaborate with other farmers on extraction.

In the meantime, there are still incredible barriers at the federal level for hemp-derived CBD products looking for a pathway to the market. Currently, the FDA does not consider hemp-derived CBD oil or isolate CBD to be a food product. Only oil from hemp seeds is “generally recognized as safe” by the FDA, though the agency has stated it is working on a regulatory framework to be released in the coming months.

Considering what the future might look like as a whole for hemp products and the FDA, hemp and cannabis lawyer Cristina Buccola, founder of CB Counsel, says, “There are meetings that are happening at the FDA level. There is a task force that is being formed. And there are senators who were very instrumental in passing the [2018 Farm Bill] that are now pushing the FDA to reach some kind of path forward.” 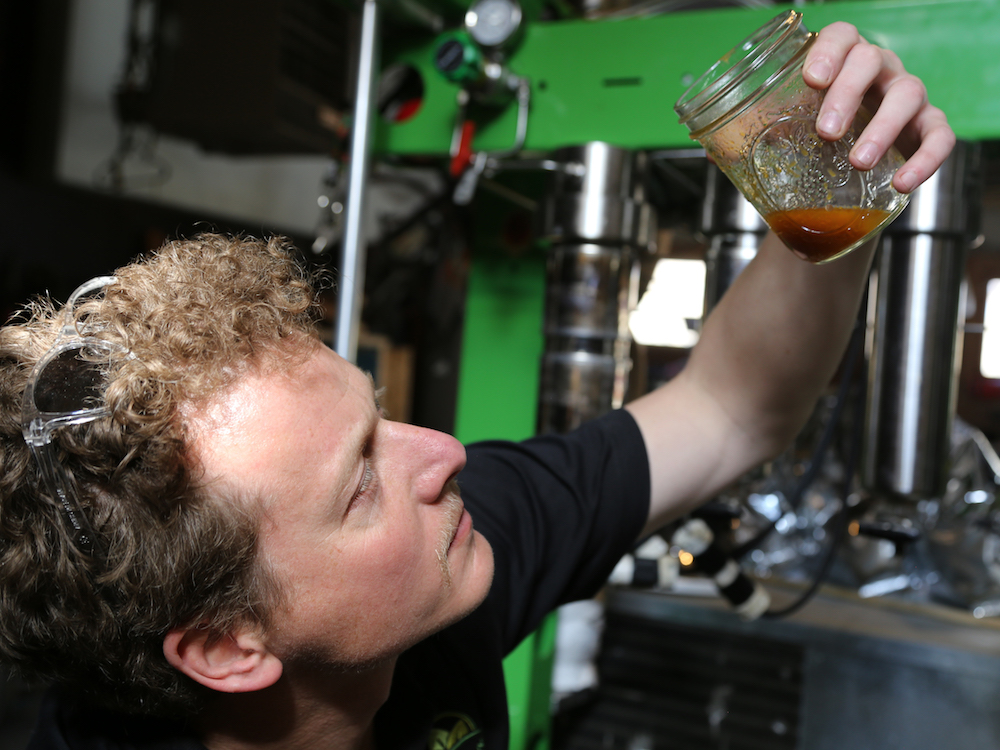 Buccola continues: “If we really want this to be America’s next great crop, we should have much more clear guidelines so those individuals who want to be state and federally compliant can be.”

Ultimately, Montana Hemp Co.’s goal is to offer processing to small farmers in Montana and parts of the Northwest. Watson dreams of an exceptional program that will benefit small farmers by using fees wisely and allowing for a cooperative model of hemp growth and processing.

“We’ve had a difficult time, and the amount of testing and money spent have not been without burden,” Watson says. “We want to have a localized product that we can sell in local stores. What’s going to move hemp ahead is the small farmer. We want to get it in [the governor’s] hands and in the hands of the Montana USDA, where they can approve it and take it to the stores.”