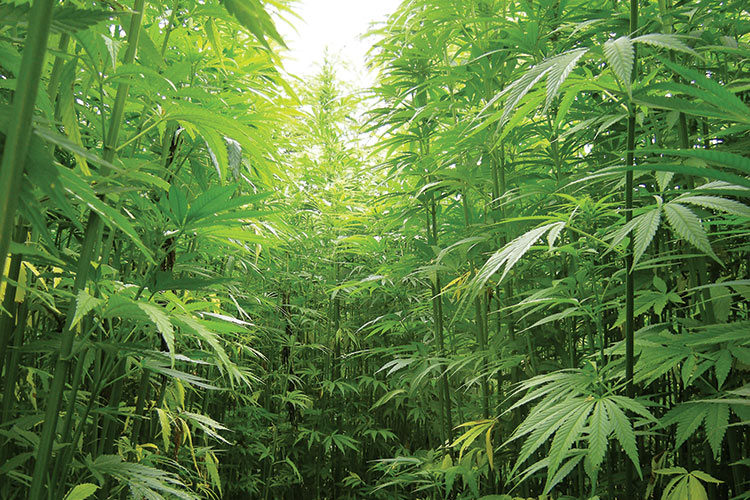 Missouri became the 40th state in the nation to legalize hemp on Friday. Meanwhile, the state’s medical marijuana advocates push to add their bill to the November ballot.

In one of his last official acts in office on June 1, then-Governor of Missouri Eric Greitens approved a bill legalizing industrial hemp farming in the state. House Bill 2034 (HB 2034) was one of 77 bills Greitens signed before his resignation took effect.

On Tuesday, while in the midst of a growing sex scandal, Greitens announced that he would leave office by the end of the week. In January, a St. Louis television station reported that the governor had an affair with an unidentified woman in 2015. The woman claimed Greitens had threatened to release nude photographs of her if she revealed their relationship. Greitens acknowledged the affair but denied he had coerced the woman in any way.

HB 2034 was introduced in January and approved by the Missouri House in February. The Senate passed the bill with amendments by a vote of 29-3 in March. The House voted again on May 3 to agree to the changes by a margin of 131-6 and referred the legislation to Greitens for his signature.

The new law legalizes the cultivation of industrial hemp and all products, including CBD, made from it. The legislation also establishes a state hemp pilot program in accordance with the 2014 Farm Bill. HB 2034 is scheduled to take effect in August of this year.

Rep. Paul Curtman, one of the sponsors of the legislation, told reporters that HB 2034 will not only benefit farmers, but also companies in the state that are already using hemp in their production processes.

The new law also includes some tight restrictions on cultivators, however. In addition to acquiring a license from the state, farmers must have at least 10 acres available to grow hemp. They also may not plant more than 40 acres. Some lawmakers, including Rep. Deb Lavender, think some of the regulations are too strict.

Rep. Curtman also thought owners of land with feral hemp, a wild holdover from pre-prohibition times, ought to be able to sell it. But a license will also be required to harvest ditchweed, as it is commonly known.

“If you can make a buck just collecting something that already grows wild on your property, I think you should be able to do it,” Curtman said.

That aversion to all forms of marijuana held by many Missourians is evident in the slow campaign to expand the state’s extremely limited medical marijuana program.

Sen. Paul Wieland voted against HB 2034. He cited hemp’s relation to marijuana for his opposition.

That aversion to all forms of marijuana held by many Missourians is evident in the slow campaign to expand the state’s extremely limited medical marijuana program. Under current Missouri law, only epilepsy patients are eligible to receive CBD medications. A bill that would have allowed terminally ill patients and those will epilepsy to use non-smokable forms of full-spectrum marijuana failed to pass in the legislature earlier this year.

So instead, medicinal cannabis activists are appealing directly to the voters of Missouri. Last month, representatives of New Approach Missouri turned in petitions with more than 370,000 signatures to put a medical marijuana initiative on November’s ballot. To qualify, the group only needs about 168,000 of the signers to be validated as registered voters. That process is currently underway.

Jack Cardetti, a spokesman for New Approach Missouri, told local media that his group believes that its chances of success are better with the electorate than they are with lawmakers.

“Quite frankly, voters are far out in front of where their representatives are on these types of issues,” he said. “Voters overwhelmingly support medical marijuana in Missouri and that’s one of the reasons we’re going to take this directly to the ballot,” Cardetti said.