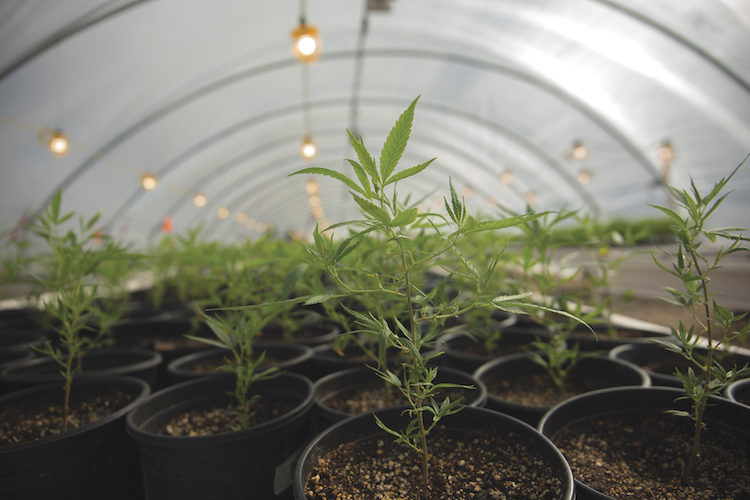 Hemp could be growing in Alaska as soon as next year, after the state legislature passed a bill legalizing the agricultural crop last month.

In February, Senate Bill 6 (SB-6) was passed by both houses of the Alaskan legislature and, on March 9, headed to the governor’s desk for signature after minor errors in the bill’s language were corrected. The bill would allow farmers who register in a state pilot to grow industrial hemp.

The law also explicitly states that hemp is not included in the legal definition of marijuana. Additional provisions differentiate cannabidiol oil from hashish oil and establish that using hemp as an ingredient does not create adulterated food products.

The bill was sponsored by state Sen. Shelly Hughes, a Republican from Palmer, Alaska, who said that disassociating hemp from marijuana is the appropriate thing to do.

Earl ‘Buddy’ Whitt, chief of staff for Hughes, told HEMP that Gov. Bill Walker is expected to sign the bill into law on Saturday, March 24.

“It was time to remove hemp from the marijuana statutes,” Hughes said to press after the bill’s passage. “There’s no psychoactive impact from hemp. If you were to smoke acres and acres and acres of hemp, all you would get would be a sore throat and a cough.”

Hughes said she heard about hemp from farmers looking to grow hemp, and was convinced of its safety.

Earl ‘Buddy’ Whitt, chief of staff for Hughes, told HEMP that Gov. Bill Walker is expected to sign the bill into law on Saturday, March 24. The bill’s legalization would make Alaska the twentieth state in America to create a hemp pilot program.

Jack Bennett of Anchorage is a supporter of SB-6. He’s met with legislators and Gov. Bill Walker to lobby for its passage. He told HEMP that he became a hemp activist two years ago when he and his girlfriend were exploring construction options for a tiny home. They wanted to avoid the toxic chemicals found in many of today’s building materials.

Bennett’s research led him to hemp, which has excellent insulative properties, a necessity in Alaska’s harsh climate. Heating costs can eat up a sizable chunk of a family’s budget in winter, he explained.

Bennett noted that it will take at least three years to build the infrastructure necessary for a robust hemp industry in Alaska. But he expects many farmers to be growing the crop in the state long before then.

“Seeds will go into the ground in 2019,” he predicted confidently.