When pondering the African continent, most Americans are probably more apt to envision landscapes of Saharan deserts and dense jungles rather than arable fields of hemp. But that perception is changing as countries like South Africa push for sensible legislation of the plant.

The great global hemp race is officially on.

China is currently the world’s largest producer of industrial hemp and has its sights set on using the plant to lift millions out of poverty. European nations like Britain, Spain and France are ramping up as well, currently leading the world in hemp construction materials. And Australia and Germany, with a focus on sustainability, are foremost in the creation of biocomposites and biodegradable plastics.

And now South Africa is in the hemp limelight.

Historically, countries in Africa from Kenya to the Ivory Coast have followed the U.S.’s lead with the decades-long War on Drugs and remained tough on all forms of cannabis, both psychoactive and non-psychoactive. Government authorities across Africa have also clung to similarly outdated U.S. prohibition laws that group cannabis (marijuana and industrial hemp alike) with highly addictive drugs such as heroin, cocaine and methamphetamine.

But now, agricultural visionaries in South Africa, who have known that much of their land and climate is well suited to grow the hemp plant, are pushing for legalization and making real headway. 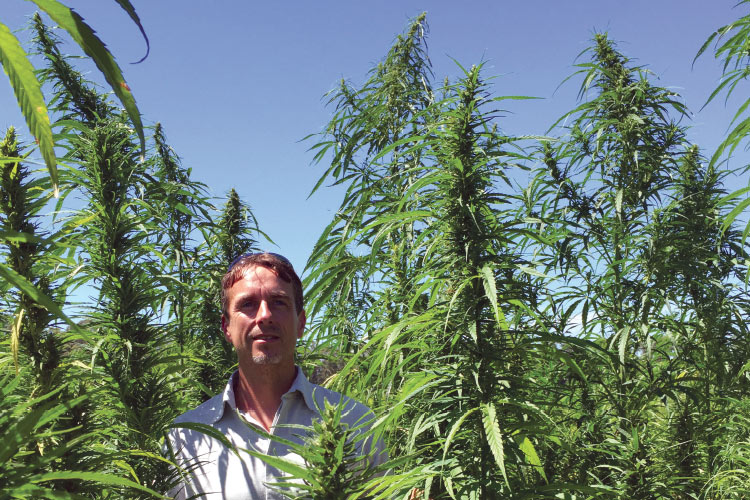 Tony Budden and Duncan Parker, co-owners of Hemporium, are leading figures in the pro-hemp movement. Importers of raw hemp materials, they work with local South African small businesses to create hemp products ranging from construction supplies to nutritional supplements. They also happen to be the first licensed growers of hemp in the country.

“Hemp stalks can reach two to four meters tall in just three to four months,” say the founders, “and those stalks can be used for literally thousands of different applications. The fact that hemp grows so tall so quickly is what makes it such a sustainable resource. The demand for raw materials can easily be met by the fast, abundant supply of hemp.” 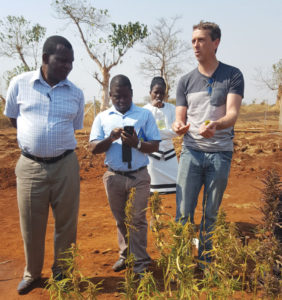 Similar to U.S. restrictions on industrial hemp, production of the plant in South Africa is kept under tightly controlled research conditions by the government. And not unlike the situation in the U.S., hemp farming is viewed by visionaries as a crop that could potentially aid the country’s financial and environmental woes. In a nation where a significant amount of farm land has been depleted by decades of monoculture, overuse of fertilizers, soil erosion and loss of topsoil, experts say hemp offers the kind of promise that could uplift and advance the farming sector without the need for aggressive commercial farming practices.

“When I tell people that most of my walls were grown in four months they are generally amazed.”

Hemp expert Budden, who owns a hemp-built house in Cape Town, truly lives and breathes industrial hemp: “[My hemp house] is warm in winter and cool in summer and my electricity costs are a fraction of similarly sized conventional buildings,” he told South African media outlet Independent Online. “When I tell people that most of my walls were grown in four months they are generally amazed.” 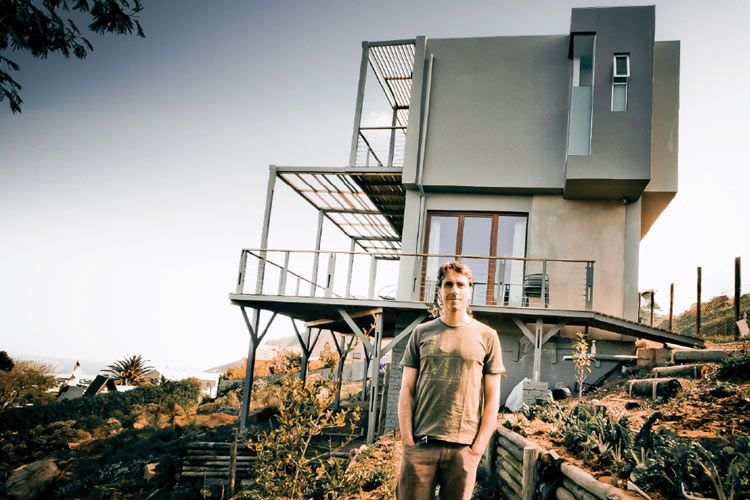 Budden standing in front of his hemp-built house in Cape Town.

The house is a showcase for all things hemp, featuring hempcrete walls, hemp insulation, hemp curtains, carpets and couches.

What some see as “alternative living” Budden sees as a completely sensible way of life, he says, “This morning I woke up under a hemp duvet, stepped onto my hemp carpet, opened my hemp curtains, in my house made of hemp, showered with hemp soap and shampoo, opened my cupboards made from hemp chipboard, got dressed in hemp clothes, made myself a smoothie with hemp seeds, and a salad for lunch using hemp seed oil salad dressing, drove to work at my hemp business where we employ people to make hemp products and support a farmer who is doing our research.”

“The fact that hemp grows so tall so quickly is what makes it such a sustainable resource. The demand for raw materials can easily be met by the fast, abundant supply of hemp.” 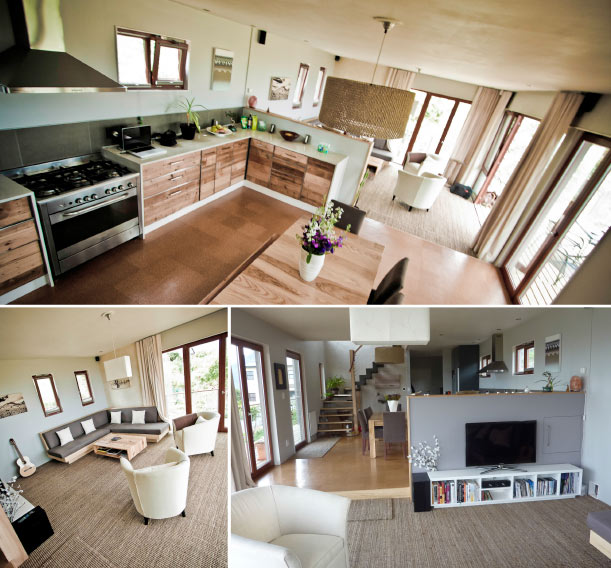 Inside details of the Hemp House.

That research by Hemporium may be the catalyst that finally frees the hemp plant in his country. In March of this year, the South African court ruled that current cannabis legislation did not pass constitutional court muster, and that parliament had two years to rectify the laws. So it’s just a matter of time before hemp becomes available as an option for South African farmers and to the public at large.

“Imagine if [hemp] was available to everyone, where one plant that is grown organically with ease in four months could provide for so many of our needs,” says Budden. “I think that South Africa would be a better, greener, more sustainable place.”